Manila (Philippines), October 2012 – leading eyewear brand Ray-Ban is celebrating its 75th anniversary through its Ray-Ban Legends communication campaign.  Branded Lifestyle, Inc., exclusive distributor of Ray-Ban in the Philippines is spearheading initiatives that highlight the commemoration of Ray-Ban’s 75 remarkable years in the industry – from its historically relevant beginnings to its iconic status at the present.

Ray-Ban Legends tells the history and the spirit of 75 years of being yourself and freely expressing your beliefs and personality. Since its creation in 1937 and up to the present day, honouring the values of authenticity and uniqueness constitutes the DNA of Ray-Ban.

Icons and legends of the past, present and future: this is the key message of Ray-Ban Legends. Shot by photographer Mark Seliger in California, the campaign frames seven legendary moments (one per decade), each inspired by a real life and particularly iconoclastic figure. Every character wears a Ray-Ban Icon. Each image evokes a specific story and is epitomized by the chromatic tones that are faithful to the relevant decade (black and white, sepia and, naturally, colour).

“My first pair of sunglasses were Ray-Bans. I used to borrow my older brother’s gold-rimmed aviators with the green lenses, not always with his permission, and I suddenly became the coolest 13 year-old in Texas. So when they approached me to shoot the 75th anniversary campaign, it seemed like the ultimate creative dream, especially since I had lived through a couple of those decades” says Mark Seliger.

“It was one of those opportunities that doesn’t come around too often, and I really enjoyed being a part of the creative team. Our Creative Director Erik Vervroegen proposed scenarios that were photographic, iconic, controversial and fun, and it seemed like the perfect fit for what I do and what the Ray-Ban brand represents” continues Mark Seliger.

The result is an extraordinary gallery of powerful images that span an era, while capturing specific moments in time. In keeping with the Never Hide spirit, the seven figures unconsciously broke through barriers; their eyes were open while the world’s were closed.

A group of pilots, the Blue Devils, in the 1930s; a writer’s “relationship” in the heart of America in the 1940s; a singer-songwriter who worked with Elvis Presley in the 1950s; an English socialite in the 1960s; a boy and girl falling in love during a protest in the 1970s; the nightlife of three girls in the 1980s, and a courageous rapper in the 1990s. 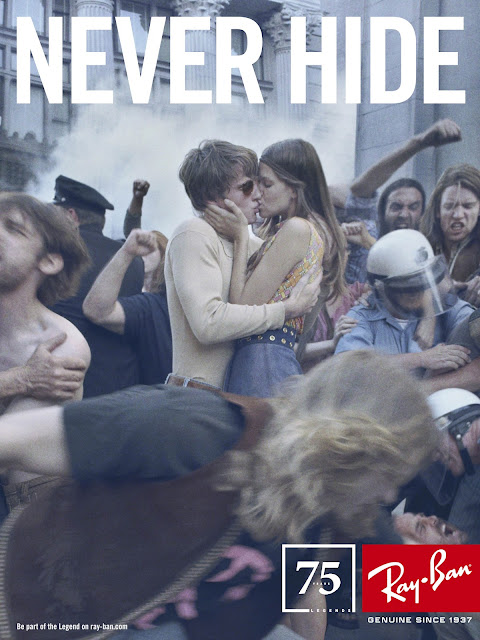 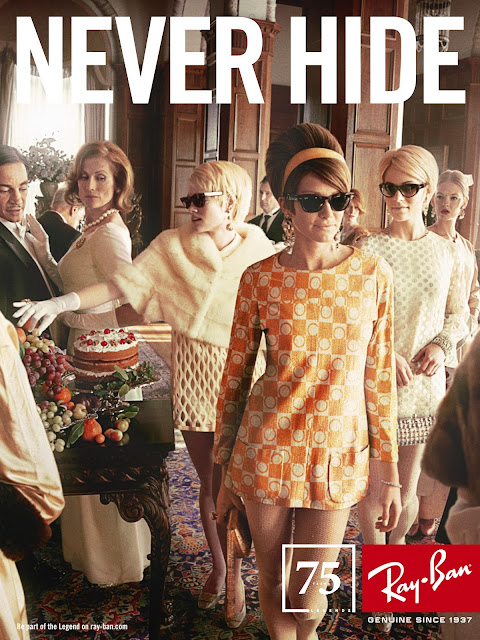 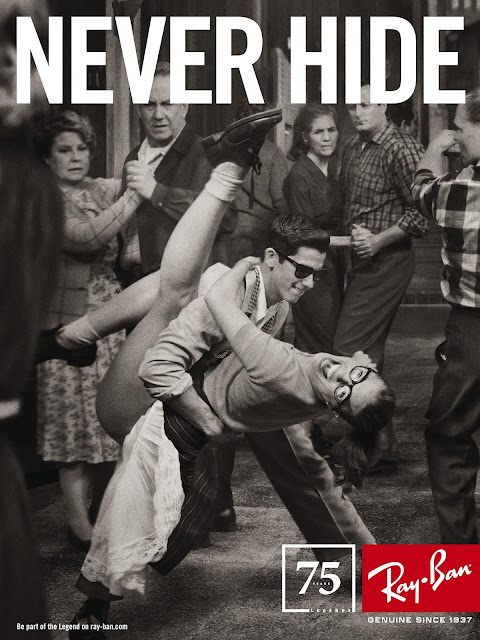 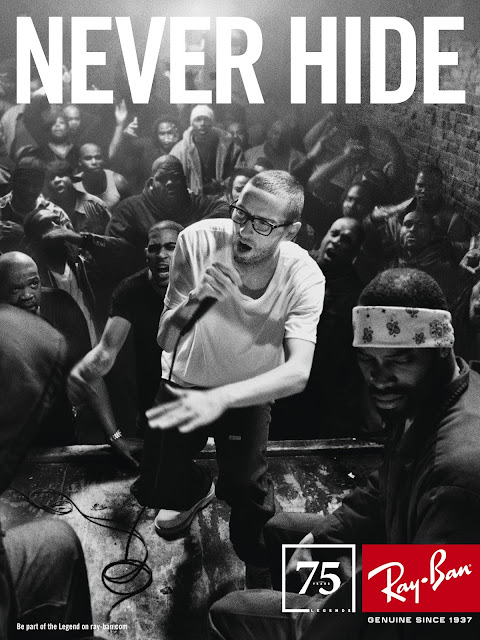 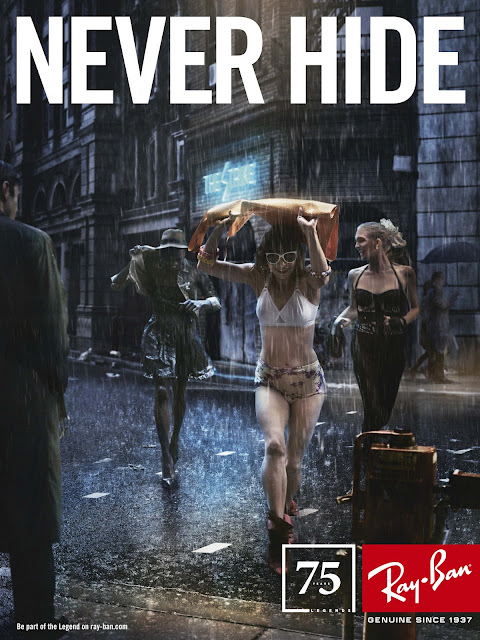 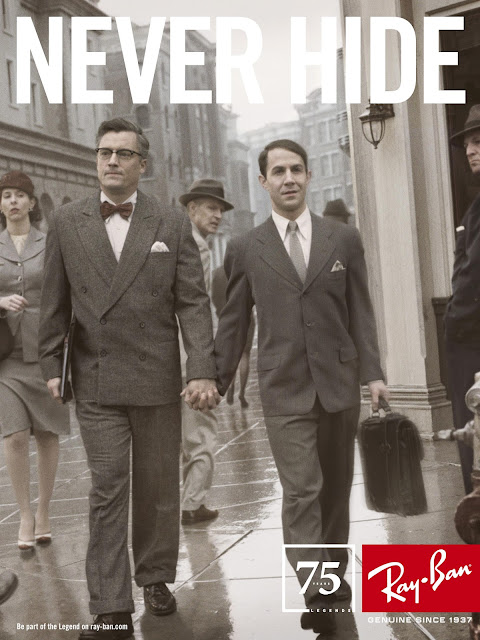 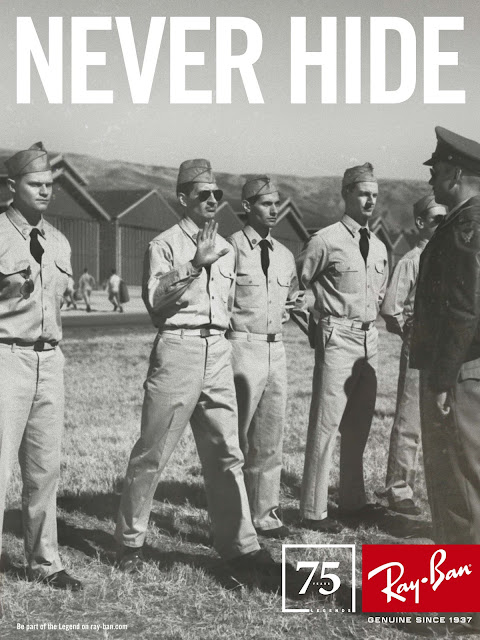