IBM Extends Presence in the Philippines with Davao Office


Expansion follows increased demand for technology solutions and services outside the National Capital Region (NCR)
Davao City, Philippines -  November 6, 2012: IBM (NYSE: IBM) today announced the opening of a new branch office in Davao, Philippines as part of the company’s continued investment in growth markets and commitment to increasing its support for clients and partners outside the National Capital Region (NCR). The new branch strengthens IBM’s operations in the which includes Sales and Distribution, Global Process Services/ Business Process Outsourcing (BPO), Application Management Services, and an . 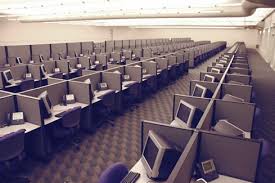 “IBM has been operating in the for 75 years working with thousands of customers and partners across the country. In line with our geographical expansion strategy, we are currently strengthening our operations to expand further beyond Metro Manila, aligned with the government's "Next Wave" cities program.  The is a key market for IBM and has been identified as a strategic growth location.  This expansion is testament to IBM's commitment to providing the best possible solutions and services to its clients in the ,” said Mariels Almeda Winhoffer, President and Country General Manager, IBM Philippines.
IBM has made substantial investments in the over the past few years, expanding its business portfolio, growing talent, extending geographic reach and boosting skills development as it anticipates exponential growth around the country.
“We see opportunities for further growth and development as leaders from across all sectors embrace and leverage information technology to transform their operations business and lay the foundations for a smarter planet,” added Almeda-Winhoffer.
Recently, IBM signed an agreement with the government to provide an Intelligent Operations Center (IOC) for Security and Safety to help transform into the premier socio-economic and tourism hub in , East ASEAN Growth Area and the Asia-Pacific Region.
The Mindanao region, where is located, plays an important role in the economic development of the .  ’s strategic location makes it an important trade center for the region with its strong international links with neighboring countries such as , , , and .
IBM’s commitment and focus in reaches beyond traditional business frontiers to the local community. The company regularly partners with local ICT groups, government, business chambers and academic institutions to actively promote and harness technology for the region’s business and economic growth.

In 2009, IBM collaborated with the Davao City Chamber of Commerce and Industry, Inc. to establish the that aims to tap into IBM's expertise and solutions to support ’s Small and Medium Enterprises (SME) sector.

In 2008 and 2011, IBM deployed two teams of high-performing employees from various parts of the world to as part of the IBM Corporate Service Corps (CSC) program.  IBM’s CSC, often referred to as a corporate version of the “Peace Corps”, is an innovative employee development training program which places teams of IBMers into emerging markets for designated pro-bono projects.
This year, the very first leg of the Computer Eyes Camp - a two-week computer camp for the visually impaired - was implemented in cooperation with the Department of Education, Resources for the Blind (RBI) and IBM.  IBM also donated several KidSmart Early Learning units to the Davao City Government for its public library and day care programs. IBM’s KidSmart program includes the Young Explorer, a computer housed in brightly-colored, child friendly Little Tikes furniture and equipped with award-winning educational software to help children learn and explore concepts in math, science and language.


The new Davao office located at the IT Building 3, Topaz tower, Damaso IT Park, JP Laurel Avenue, Lanang, in Davao City was inaugurated during a special ceremony today attended by the City Mayor, government officials, clients and business and community partners.

About IBM
Since establishing its presence in the in 1937, IBM has evolved to become the leading information technology partner in the country, providing hardware, software, and IT-enabled business services to domestic and global markets.  IBM in the has grown exponentially in terms of business portfolio, talent growth and geographic reach.