Art is a moving target. Those who do it most successfully find shades of emotion within themselves that change the texture of their work and how they feel about themselves. As a result, a real artist is ever-changing. 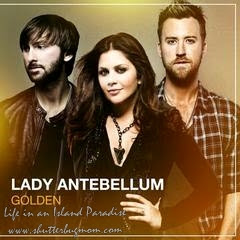 So it is for Lady Antebellum, whose album Golden was figuratively – and literally – borne on the move. The harmony-based trio – Charles Kelley, Hillary Scott and Dave Haywood – and its sizeable fan base bonded heavily during the band’s Own the Night World Tour, its first arena run as a headlining act, in 2012. The shows themselves were inspirational. But so was the time offstage. Lady A made a point of experimenting and creating with its road band as the one-nighters and the miles of travel piled up. That behind-the-scenes interaction inspired much of the music on Golden, an instantly infectious project in which Lady A discovered new edges for its already-successful foundation.

"This album feels to me like one of those that from start to finish could be a good road-trip record and that's what we wanted," said Lady A's Charles Kelley. "It's one of the reasons why the term 'golden' was kind of cool. I think about road trips and driving down the road with those little streaks of sunshine popping through the trees, especially at sunset. 'Golden' it just gives you this warm, easy feeling."

"Writing and recording this record really took us back to when we first met each other," added Hillary Scott. "When I first met the boys, we spent a lot of time around the piano at the house they lived in at the time. We didn't really know each other at all, but there was still some magic and then the harmony that’s how it all started - that blend of our voices and that blend of our songwriting craft. So, it's exciting that even on our fourth record, we can still find that."

"The word 'golden' to me conjures up a lot of pictures," continued Dave Haywood. "In the title track, it depicts driving down the road at sunset but, to me, it also depicts a special time in our career.a 'golden,' special time for us. We definitely want to value this time in our careers because it's such a treasure that we can still sit in a room and write songs together. I personally feel so humbled to still be making records that people are excited to hear." 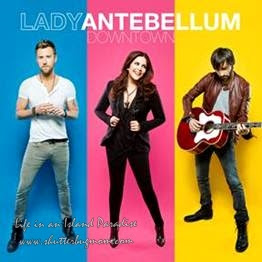 Lady A's previous three studio albums have paved the way for GOLDEN, which follows over 11 million album sales, six career No. one hits and seven GRAMMY awards. Last year alone, more than one million fans in over 11 countries welcomed the ACM and CMA award-winning trio on their headlining tour. For more information on new music and additional upcoming performances, visit www.ladyantebellum.com.