Cebu, Philippines - The Moevenpick Hotel Mactan Island Cebu is pleased to announce that it has been awarded the TripAdvisor Certificate of Excellence last May 22, 2013. 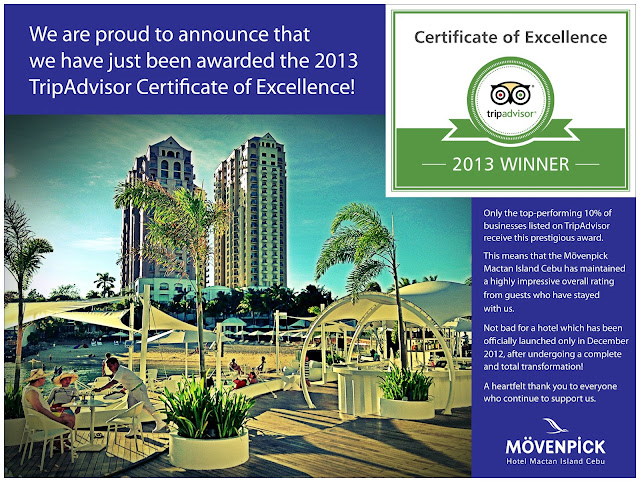 TripAdvisor.com, presently considered one of the most popular travel websites among online netizens around the world, is renowned for providing its readers with key travel information. It features reviews and opinions of individuals who aim to share their unique travel experiences with the rest of the world. TripAdvisor showcases wide-scale reviews about hotels, restaurants, and much more.

The TripAdvisor Certificate of Excellence is awarded annually to the top performing 10% of all hotels worldwide, and is given to establishments that consistently earn high ratings from TripAdvisor travellers.

Recently re-launched on December 15 2012, after having undergone a PHP 500,000,000  total transformation, the Moevenpick Hotel Mactan Island Cebu is proud of the fact that it has been publically recognised with such a prestigious award after having only been in operation for less than six months – a feat that is truly difficult for any hotel to rival.

Knuth Kiefer the hotel’s General Manager when asked about the award said “ it’s pleasing to see that our guests have chosen to recognise us in this manner” he went on to say that “the hotel has continued to develop its services over the past 6 months and will continue to strive to refine its services further over the coming 6 months”. 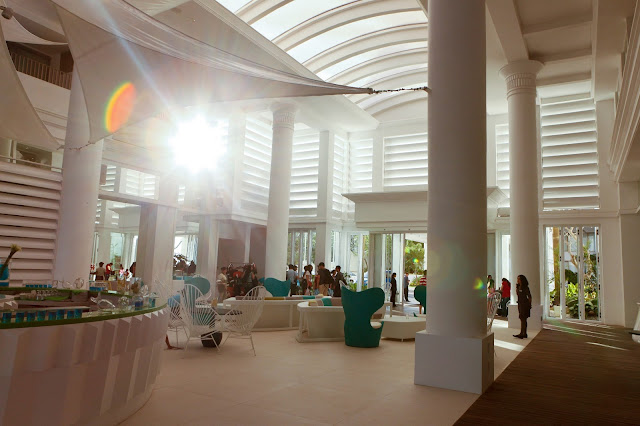 About Mövenpick Hotels & Resorts:
Mövenpick Hotels & Resorts, an international upscale hotel management company with over 14’000 employees, is represented in 25 countries with 71 hotels and resorts currently in operation. A further 30 properties are planned or already under construction in Ankara (Turkey), Dubai (four projects – United Arab Emirates); Abu Dhabi (three projects – United Arab Emirates), Shanghai (China), Dharamshala (India).
Focusing on expansion in its core markets of Europe, Africa, the Middle East and Asia, Mövenpick Hotels & Resorts specialises in business and conference hotels, as well as holiday resorts, all reflecting a sense of place and respect for their local communities. Of Swiss heritage and headquartered in Zurich, Mövenpick Hotels & Resorts is passionate about delivering premium service, culinary enjoyment and sustainable environments – all with a personal touch.
The hotel company is owned by the Mövenpick Holding (66.7%) and the Kingdom Group (33.3%). For more information please visit www.moevenpick-hotels.com.