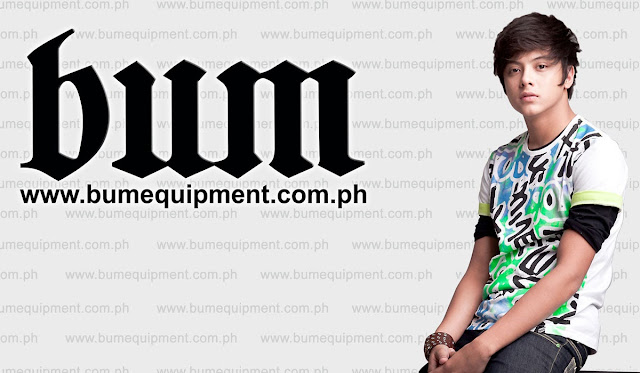 There’s really no stopping BUM endorser Daniel Padilla from conquering local showbiz.
Just recently, he has proven yet again why he is one of the most desirable bachelors this side of the world.
This August, the 18-year-old star of ABS-CBN’s upcoming romantic series Got To Believe is on the cover of two different glossies: the college lifestyle magazine Chalk and the entertainment publication YES! Magazine. Prior to appearing in Chalk and YES!, Daniel also headlined the July issue of the male-oriented fashion magazine, Garage, wherein he sported the season’s hottest trend: metallics. 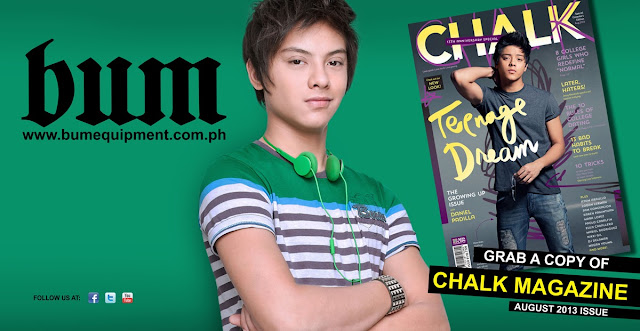 Daniel’s triple cover victory is a rare feat for any male celebrity, especially for someone who is relatively new in the business. But from the way he’s getting projects, Daniel, or simply DJ to his legions of fans, looks as though he was born for this kind of superstardom. 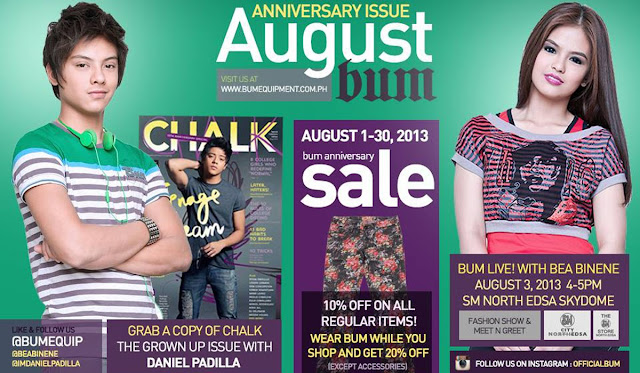 It is quite easy to know why Daniel is so in-demand these days. Aside from having good looks, enigmatic charm, and that unmistakable Padilla swagger, which he probably inherited from his equally famous uncle Robin Padilla, DJ can sing well. In fact, DJ has released two successful Star Records albums, Daniel Padilla in 2012 and DJP in 2013. He also has a sold-out concert called Daniel Padilla Live: A Birthday Concert, at the Smart-Araneta Coliseum to back his music credentials.
Daniel is edgy, expressive, passionate, and unpredictable. He’s never afraid of showing his true colors or going against the grain. Having Daniel as BUM endorser for 2 years now makes him a sought-after celebrity image model and BUM is proud to have him since 2011. BUM’s Daniel Padilla limited edition shirt Collection is doing well in all BUM outlets nationwide.
These admirable traits make Daniel Padilla the perfect BUM image model. Both the young actor and the clothing brand seem to share one philosophy, and that is, celebrating individuality. BUM is available in leading department stores nationwide. For more information, visit www.bumequipment.com.ph or like them on Facebook at www.facebook.com/bumequip.