Manila, Philippines – Here is something much awaited by many Filipino LINE users. LINE, the world’s leading mobile messaging platform with 240 million users worldwide, has announced that the 3.9.0 version of LINE will be released worldwide. Powered with video features such as Snap Movie and video call, the updated version has opened up a new ground of dynamic mobile communication where users can enjoy various communication tools in one platform. 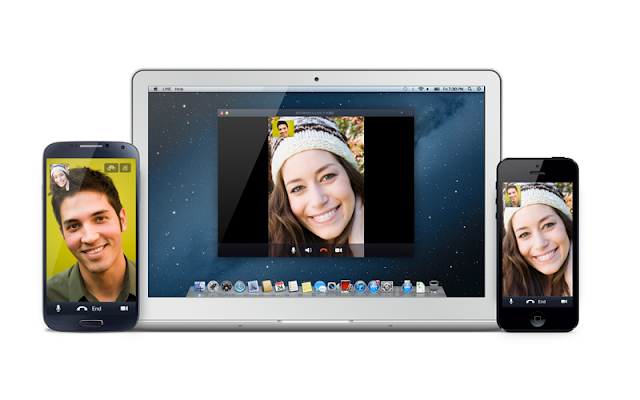 Snap Movie, a video recording and sharing feature, allows users to create 4-10 seconds of personalized video clips with their choice of background music. In addition to using text and stickers, users can now share special moments via creative and dynamic video messages with their friends and family around the world.

Users can post the video clips on their Home and Timeline, where they will be automatically played on a loop . The video clips that have been saved onto the users’ mobile devices can be uploaded on other social networking platforms as well. There will be 9 different background songs to choose from, and more music will be added soon to fit with a wide variety of situations and scenes. The Snap Movie feature has been released on iOS, and will soon be available for Android users.

With LINE’s new video call feature, users can have real-time 1-on-1 video communication anywhere. The video call function is available throughout all major platforms including iPhone, Android devices, and PCs (Windows/Mac).  It is also supported over both Wi-Fi and 3G networks.  Users can also switch between video and voice anytime during the call for more convenience and freedom.

In addition to video features, LINE 3.9.0 version is equipped with an enhanced photo and video sharing system, offering users to have more convenient and unrestricted ways to communicate with their mobile devices. LINE aims to continually add new functions and features to its messaging platform to open up brand new and exciting avenues for users to enjoy.

More added features and services:
 Chat Album
– Users can now create up to 100 albums of 100 photos in a chat for convenient access of the shared photos.
 Improved Video Function
– Once video is uploaded in a chat, it no longer needs to be re-uploaded to share with other users.
 ‘Remove’ feature on Hidden and Blocked lists
– Users on Hidden and Blocked lists can be removed, and no longer displayed in Friend Recommendations.
 Privacy settings for each Home & Timeline post
– Users can now choose who can see each individual posts on Home & Timeline.

About LINE
LINE, the world's hottest mobile messaging platform, offers free text and voice messaging, voice calling and group chat with up to 100 people, integrated with various interactive elements such as Stickers, Home & Timeline and Official Accounts. Since its release in June 2011, the cross-platform mobile messenger has been releasing a series of add-on apps that range from games to an anti-virus app. Today, LINE has become a hot cultural icon with 240 million users in 230 countries. LINE has also held the coveted No. 1 spot in the 'free apps' category of app stores in 52 countries.