My Thoughts on Medical Marijuana

By Grace Z. Abonillo - January 25, 2014
It's been in the news these passed few days. Someone in the congress wants to author a bill about regulating medical marijuana. I think its about time that we consider regulating this stuff. When I say regulated, I mean STRICT regulating. So that no one can abuse it's use.
Let us learn all things from everybody

A lot of parents with kids having cancer and some kind of sickness, wherein marijuana helps their children, it's such a huge relief is medical marijuana be legalized in our country. 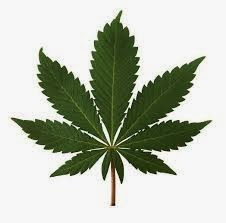 Allegedly here are the benefits of marijuana: anecdotal evidence for the beneficial effects of marijuana eventually led to the design of controlled scientific studies to examine the benefits of marijuana compared to other treatments. A 1997 review of 6059 marijuana-related articles in the medical literature revealed 194 titles on antiemetic properties, 56 on glaucoma, 10 on multiple sclerosis, 23 on appetite, and 11 on palliative or terminal care. Numerous studies have been performed since that time, with most concentrating on the analgesic properties of cannabis and its derivatives.

As a recreational drug, marijuana is not quite as benign as most of its proponents would claim. Heavy marijuana use results in long-term effects on the brain, including lower responses in those areas which are affected by THC. Although users are able to compensate somewhat through the use of other brain areas, the long term effects of this damage, as users age, has not been determined. This damage may be responsible for impairments noted in short-term and long-term memory, along with a host of possible other psychiatric illnesses. A proportion of marijuana users become addicted and suffer from classic withdrawal symptoms upon abstinence. For a minority of users, marijuana is a gateway drug, and they proceed to use and abuse more powerful psychostimulants. Besides its effects upon the brain, marijuana use can lead to increased risks for respiratory cancers and may have some adverse cardiovascular and cerebrovascular effects in some users. Marijuana use during pregnancy has been shown to result in lower child intelligence, while increasing the incidence of mental health problems.

But then again, I was thinking that if marijuana's been legalized, there's this another plant- Opium, which opiate came from, which might also have the possibility of raising uses which may lead to opiate addiction.
In every single thing, there's always a pros and cons.

I strongly agree that these stuff, with proper use can give us human a lot of benefits, but as always, "pag sobra nakakasama".
addiction legalization of marijuana marijuana medical marijuana

Anonymous said…
I have read many articles about medical marijuana and how it can help you in terms of chronic pain, bone injuries, eating disorder/anorexia, anxiety disorders and panic attacks, inflammation, even cancer and a lot more. Like this article about a marijuana strain from www.ilovegrowingmarijuana.com/faygo-red-pop/. Cbd and thc are also new to me and I don’t even smoke. Alternatively, they’ve also found new ways to infuse cannabis on food and beverages. If this is true I can’t find any solid conclusive evidence that speaks to its efficacy. Any personal experience or testimonial would be highly appreciated. Thanks
October 19, 2018 at 3:16 PM