What I've Learned About Wedding Rings

By Grace Z. Abonillo - January 15, 2014
I was at a beautiful wedding recently, and I had a small moment of revelation about the meaning of wearing a wedding ring. It’s not an exaggeration to say that my understanding was turned completely upside down. 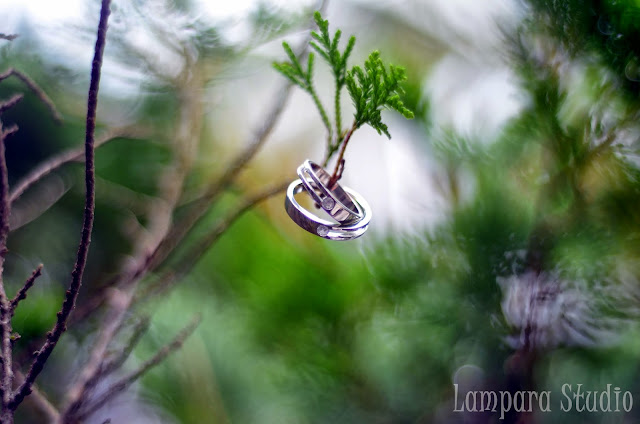 Today I Found Out the history and symbolism behind the tradition of wearing a wedding ring and why, in most western cultures, it’s worn on the fourth finger of the left hand, otherwise known as the ring finger.

Wedding rings today are a billion dollar sentiment of love, but no  one can really say for sure when this age old tradition actually started. Some believe that the oldest recorded exchange of wedding rings comes from ancient Egypt, about 4800 years ago. Sedges, rushes and reeds, growing alongside the well-known papyrus were twisted and braided into rings for fingers an other decorative ornaments worn by the women in those days. 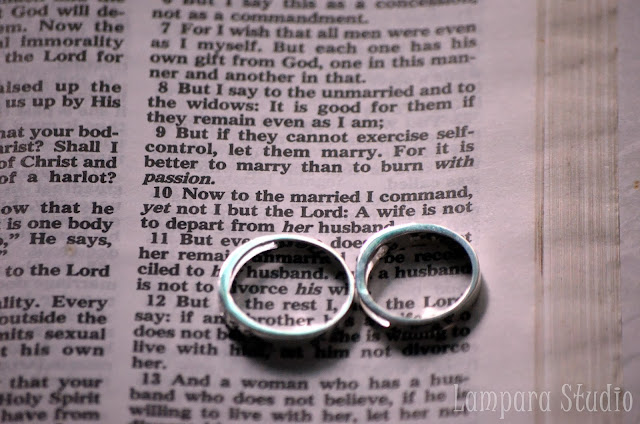 The circle was the symbol of eternity, with no beginning or end, not only to the Egyptians, but many other ancient cultures. The hole in the center of the ring also had significance. It wasn’t just considered a space, but rather a gateway, or door; leading to things and events both known and unknown. To give a woman a ring signifies never-ending and immortal love.

I’ve always thought that wearing a wedding ring was a sign of the commitment you are making to your spouse and to your marriage. Not to pretend that it all depends on you – because it’s about a relationship and a vocation, and about God’s blessing on that relationship. But to see the wearing of the ring as a constant sign of your own re-dedication and re-commitment to this relationship, and to make this continuing acknowledgement of your marital commitment public by wearing a ring. The ring becomes, as it were, a public profession of your marriage and what it continues to mean to you. This is why in those films (cf. Bruce Willis in the first scene of Unbreakable), when a husband meets a stranger on a train and starts plotting how he might hook up with her, he quietly slips his wedding ring off and puts it in his pocket.

Wedding rings through different stages in history have been worn on different fingers, including the thumb, and on both the left and right hands. According to  a tradition believed to have been derived from the Romans, the wedding ring is worn on the left hand ring finger because there was thought to be a vein in the finger, referred to as the ‘Vena Amoris’ or the ‘Vein of Love’ said to be directly connected to the heart. However, scientists have shown this is actually false. Despite this, this  myth still remains regarded by many (hopeless romantics) as the number one reason rings are worn on the fourth finger.

Another theory thought to be behind the ring being placed on the left hand by Christians seems a little more plausible. Early Christian marriages had a ritual to wear the wedding ring in the third finger. As the priest recited during the binding ,”In the name of the Father, the Son and the Holy Spirit”, he would take the ring and touch the thumb, the index finger, and the middle finger; then, while uttering “Amen”, he would place the ring on the ring finger, which sealed the marriage.

A more practically based theory is that the soft metal (traditionally gold for wedding rings) is less worn or injured on the finger of the left hand, due to most of the world being right handed.  Further, the fourth finger on the left hand is probably the second to the least used finger on a person’s hands outside of pinkies.  Pinkies being small, making a small ring with little surface area to decorate, perhaps motivated people to then place it on the next least used finger, namely the fourth finger on the left hand, which is roughly the size of the other fingers.

Unknown said…
Wow, how interesting. I knew about the Vein of Love, but the rest is new. I really like the idea of the ring tapping each finger for each part of the Trinity!
January 15, 2014 at 10:17 PM

Unknown said…
this was very enlightening.. I just always though that it was just a symbol of your bond.
January 16, 2014 at 1:19 AM

Unknown said…
I knew about the vein of love and the reason rings are circle, but the rest of the information is new and very interesting! Marriage is a sacred bond and i'm glad there is great meaning behind it!
January 16, 2014 at 3:04 AM

Leona Martin said…
I'm surprised by the lack of history on the wedding ring and why we use have them. I consider it as a sign of our love, unity, health and more.
January 16, 2014 at 6:25 AM

Steven said…
This is such an interesting post. I never knew that wedding rings had such a history behind them.
January 16, 2014 at 7:56 AM

Anonymous said…
This is surprising. I never really thought about wedding rings that way, but its the lack of history that has people asleep to what really goes on.
January 16, 2014 at 11:44 AM

Wood Arts Universe said…
Very interesting article!!! For those of us desiring to be married! Very informative and insightful!....
Thanks for sharing
January 16, 2014 at 11:59 AM

Liz Mays said…
This was really interesting to read the back story on it. Sounds like nobody can say for sure why this or why that, but it was fun to read and postulate about.
January 16, 2014 at 12:19 PM

Lisa Trudell said…
Thanks for sharing the history of the wedding rings. I knew some of the items but had no idea about why it was always the 4th finger on the left hand.
January 16, 2014 at 3:15 PM

FabulousPerks said…
I too thought that wearing a wedding ring was a sign of the commitment. I had no idea wearing the ring had so much history. Thanks for sharing such beautiful article.
January 17, 2014 at 2:34 AM

Eliz Frank said…
Fascinating write on wedding rings. I've always seen them as a sign of ownership form the old days. Some cultures don't even use rings. :-)
Elizabeth
January 17, 2014 at 6:29 AM

Unknown said…
This is so informative. I don't think I knew all this about wedding rings. Thanks for sharing!
January 17, 2014 at 8:35 AM

Jhoveleen said…
I don't have any idea about meaning or symbols of the wedding ring. Glad that I met this post.
January 18, 2014 at 3:58 AM