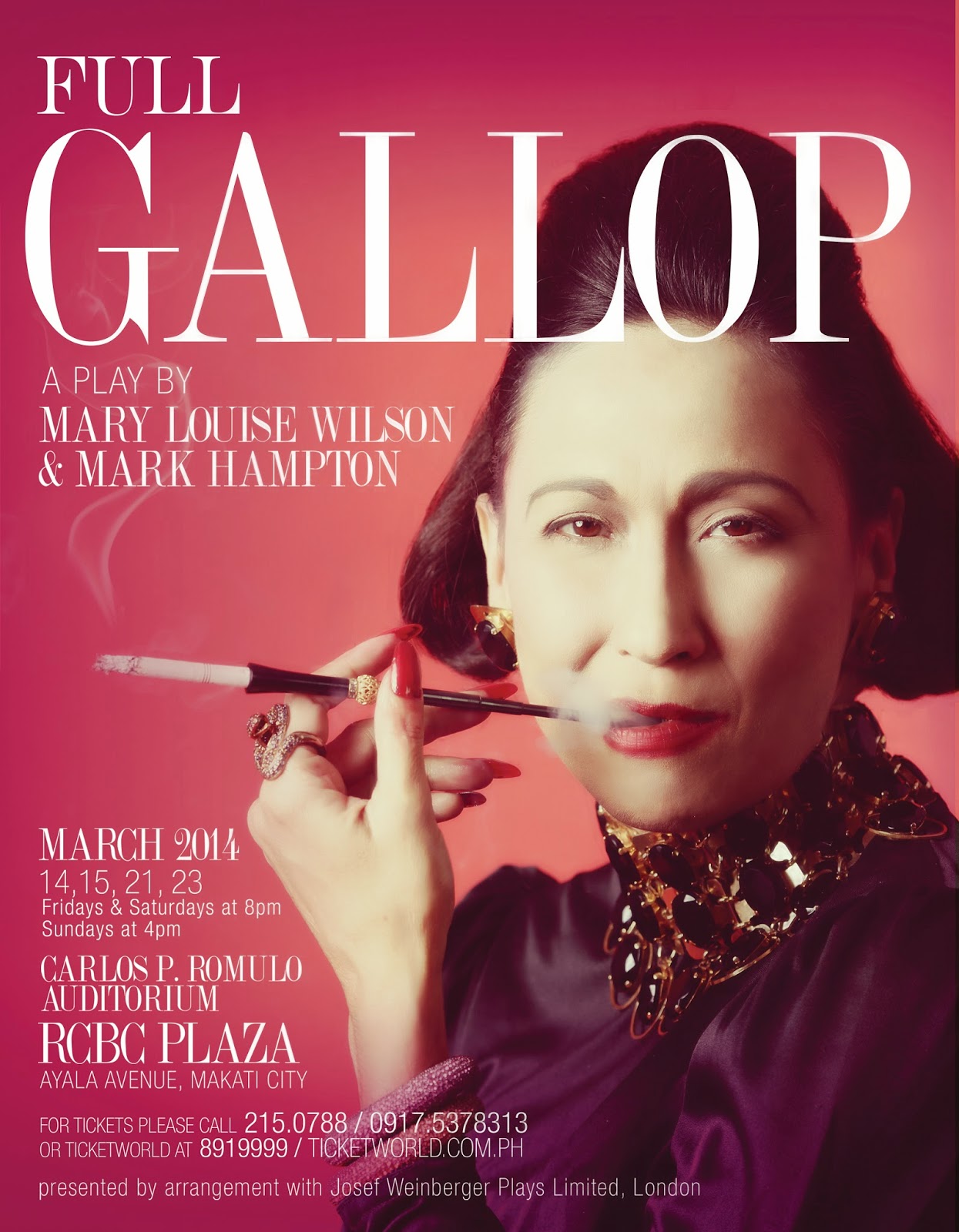 MyOwn Mann Productions, Inc and Actor's Actors Inc. Proudly announce its first venture for this year 2014, "FULL GALLOP", a play about fashion Doyenne Diana Vreeland, a decade editor of Vogue Magazine and Harper's Bazaar and as a member of International Cafe Society. This one-woman play is set in Vreelands Park Avenue Apartment in New York after four months in Europe.

Giving justice for Vreeland is iconic Actress Cherie Gil who was a major force in shaping culture, style, taste and even language for all time in Philippine Movie and TV Industry.  Actress Giselle Tongi is having a very special participation.  Among its Creative Team is Bart Guingona (Director), Joey Mendoza (Set Designer), John Batalla (Lighting Designer), Rajo Laurel (Costume Designer), and Ruben Nazareth (Hair and Make-Up). 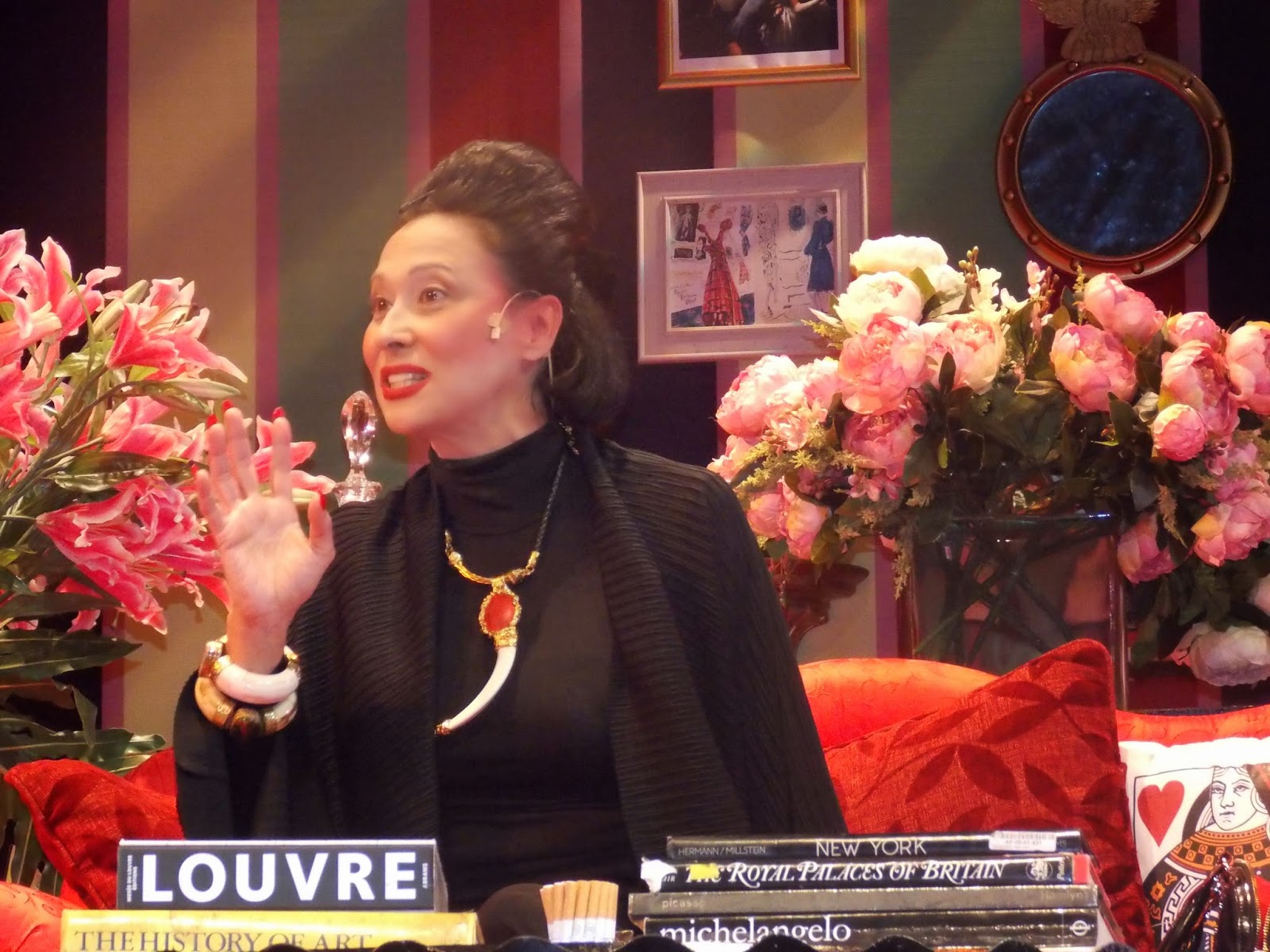