Binibining Pilipinas—bigger and better beyond 50 years

By Palawanderer - April 03, 2014
Binibining Pilipinas, the country’s most prestigious beauty pageant, goes even bigger as it ventures beyond 50 years at the 2014 Grand Coronation Night at the Smart Araneta Coliseum. Following the back to back victories of Miss Universe 2013 3rd Runner Up Ariella Arida, Miss Supranational 2013 Johanna Datul and Miss International Bea Rose Santiago, much anticipation is in the air for the next batch of Binibinis who will represent the Philippines in the world’s stage.

Making this year’s pageant even more exciting is the addition of the new title—Miss Intercontinental. Founded in 1973 and currently run in Panama City by the World Beauty Organization, the pageant has come to be known as ‘the United Nations of glamour and beauty,’ showcasing the world´s most poised, stunning women.

This is the 5th title under Binibining Pilipinas, in addition to Miss Universe, Miss Supranational, Miss International and Miss Tourism Queen International. Two runners-up shall also be crowned during the pageant.
The coronation night last March 30 is a star-studded affair with the participation of no less than Miss Universe 2013 Gabriela Isler of Venezuela and Russian Pop Superstar Emin. Gabriela is slated to participate in judging the pageant and will crown the next batch of Binibining Pilipinas queens, while Emin will be performing his hits and serenading the candidates. Local celebrities Xian Lim and Anne Curtis and beauty queens Shamcey Supsup and Venus Raj host the event.

But the main stars of the show are the forty candidates who have undertaken rigorous training for the pageant. From over one hundred aspirants in January, the chosen 40 have since undergone training sessions—from pasarela to makeup and styling to personality development. They have also taken part in various sponsors visits, and TV guestings.

This year’s staging of the Binibining Pilipinas is also made more meaningful, as it displays not only beautiful faces but beautiful, golden hearts. In between their busy training schedules, the candidates supported the Gawad Kalinga’s movement towards environmental and social engineering by painting houses in the GK Escopa Village. Pushing the goal further, the ladies also held educational activities with the children in the community.

Binibining Pilipinas also partnered with the Red Cross. In line with the organization’s mantra of volunteerism, the candidates took part in hands on training on emergency response. The girls led a special motorcade across Marikina City to raise awareness on Fire Prevention Month and call for volunteers for the Philippine Red Cross. The ladies also supported the Philippine Red Cross’ humanitarian efforts for indigents with a special gift giving session during the day.

The special guests for the pageant will also be aligning with the Binibining Pilipinas’ charity efforts. As part of her Philippine itinerary, Miss Universe 2013 Gabriela Isler of Venezuela flew to Coron, Palawan to spend time and do outreach work to a depressed community. Emin has also pledged to donate the proceeds from his single, ‘In Another Life’ to Typhoon Yolanda relief efforts. 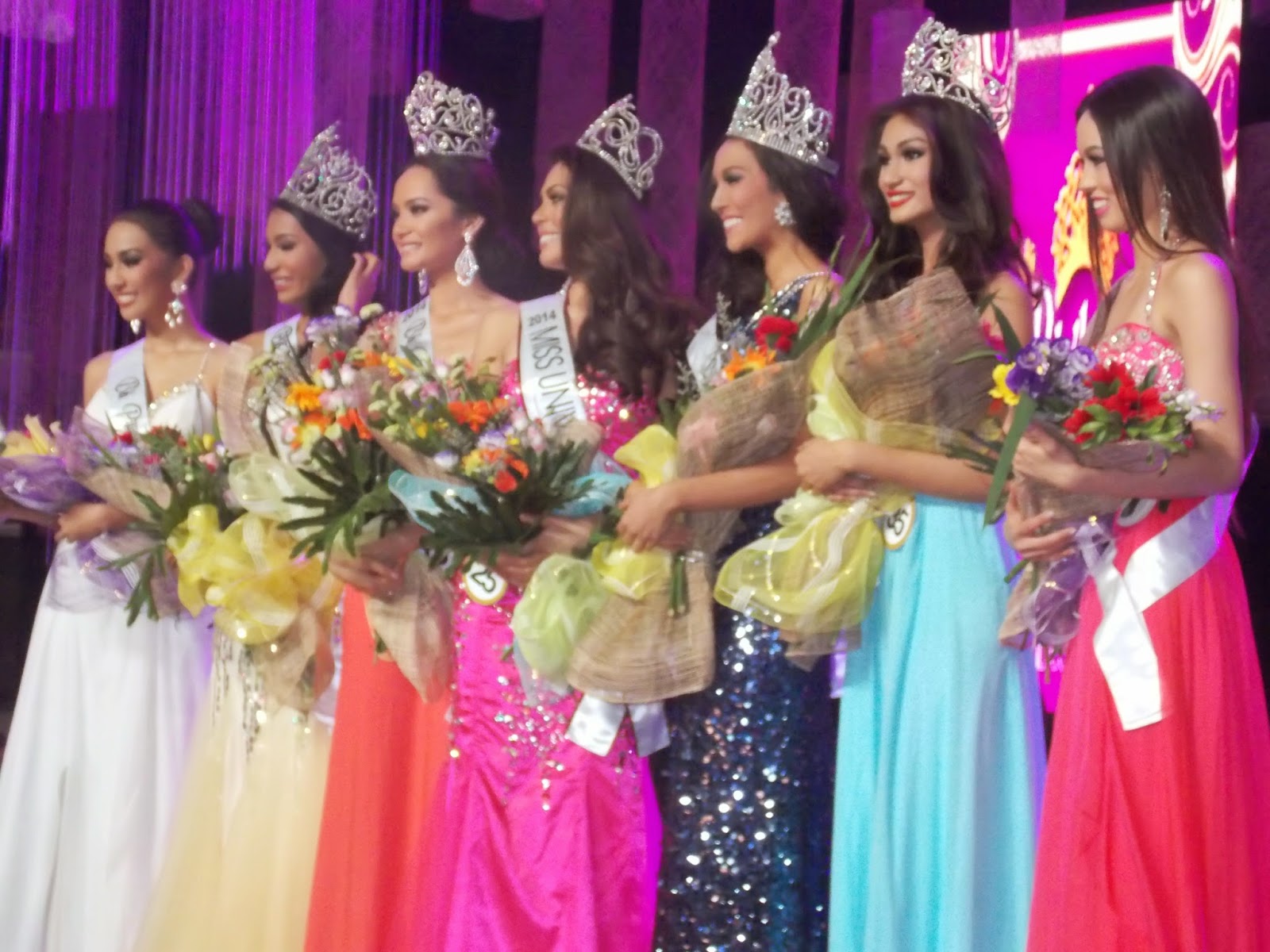