(Press Release) Fila Philippines and Philippine Volcanoes: All Ready for The Rugby Sports 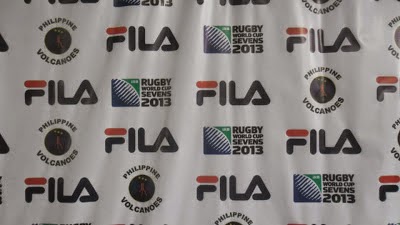 Fila, one of the largest manufacturing companies worldwide, and proud of its long-standing history dates back to 1911 recently held a presscon for the Philippine Volcanoes

The Philippine National Rugby Union Team, nicknamed the "VOLCANOES," is the country's official representation to the international rugby union. With countless gold to their name, besting prominent countries in international tournaments, the Volcanoes have now become headliners in Philippine sports. 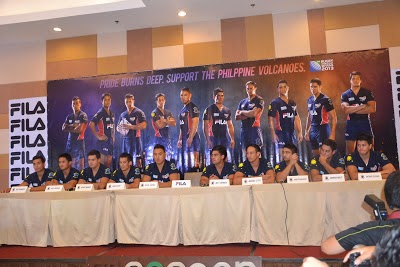 Today, the Volcanoes are the most successful team in the Asian Five Nations Tournament, next to Japan. In the past five years, the Herculean squad has lost only one match, losing to South Korea in Division One in 2011. In 2012, the Volcanoes stormed into the Top 5 with an unbeaten run, besting Chinese-Taipei, Singapore and Sri Lanka in a round-robin series.

This year marks a new for the Philippine Volcanoes as they bring flag to the 2013 Rugby World Cup. Sevens in Moscow, Russia in June. Pride truly burns deep as this athletic feat is a big the country- even deeper for FILA Philippines, who will accompany the Volcanoes to the prestigious competition as their official sponsor.

Fila became popular in the world of sports, particularly Tennis, through the endorsement off legends Bjorn Borg and Boris Becker. Today, FILA is global mega-brand for sportswear, with specialized lines for Running, Basketball, Racquet Sports and Golf.

In the Philippines, FILA opened in 1983, launching with an apparel line and later specializing in footwear under the company name, FILA Philippines. Since then, it has become one of the country's premier footwear brands, under the leadership of visionary couple Butch and Cris Albert, owners of the FILA Philippines. The market frontrunner in Basketball, Badminton Cross-Training, Running, and Sports Casua, the Company is poised to dominate, especially with exciting new innovations such as "Everest by FILA" "TIVA by FILA”: outdoors by FILA" and "Freestyle by FILA." 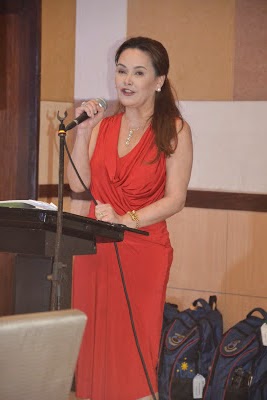 Energized with originality, boldness, and color and guided by a rich and history. FILA Philippines is charging head-on towards the future.

Let the cheer thunder on and grow even more vociferous as The Philippine Volcanoes heave on to the showground’s of showground’s. Finally in league with the big boys, the Philippines' own are pumped more than ever. And FILA Philippines standing behind in full support will be backing down.