Review: Beyond All Weapons (CD) by L. Ron Hubbard 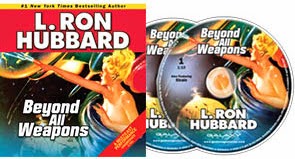 I was given the opportunity to have and review this audio CD. A sci-fi story, Beyond All Weapons, a thrilling space adventure about the colonists of Mars wanting to get away from and destroy the tyrannical government that has taken over Earth and is threatening to take over Mars.

A story that tells the tale of Firstin Guide, a tough rebel who leads a group of colonists off earth to escape the tyrannical government. What follows is a suspenseful and often grim tale of survival amidst the hope of one day returning to earth to rescue their families and destroy the Polar regime.

My daughter and I enjoyed listening to this audio book, the voice and the sound effects are so good that is sounded so real.

I am not really a sci-fi fanatic, but with this kind of story book turned into audio book, who could resist listening to. After all, it's a brand new experience for me. My daughter, who also loves reading books now asked me if she can have some more audiobooks because of this experience she had. 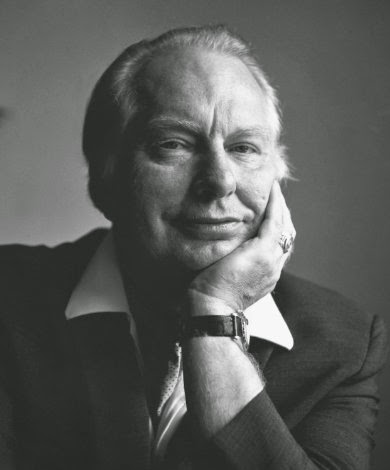 L. Ron Hubbard
Author, humanitarian and Founder of Dianetics and Scientology, L. Ron Hubbard is one of the most acclaimed figures of the modern age.

In a writing career spanning more than half a century, he was both a leading light of American fiction and the author of more than 35 million words of nonfiction--the single most embracive statement on the human mind and spirit, providing the only road to total spiritual freedom.

To date, more than 250 million copies of his works are in circulation worldwide, in 71 languages. All told, those works comprise over 3,000 recorded lectures and some 5,000 writings, including nineteen New York Times bestsellers.

Accordingly, and in testament to the magnitude of his literary legacy, there are his four Guinness World Records: most published author, most translated author, the author with the most audiobook titles and the single most translated non-religious work.

Yet the essence of L. Ron Hubbard's legacy is perhaps best expressed in his simple declaration:

"I like to help others and count it as my greatest pleasure in life to see a person free himself of the shadows which darken his days.

"These shadows look so thick to him and weigh him down so that when he finds they are shadows and that he can see through them, walk through them and be again in the sun, he is enormously delighted. And I am afraid I am just as delighted as he is."