A weekend of Aegis at Philpop and at the The Voice Kids.

By Palawanderer - July 29, 2014
It seems 2014 is one of the highlights for the Pinoyrock band Aegis, they dominate two prestigious event in the last weekend, the Philpop 2014 Grand Finals at Meralco Theater last July 26, 2014, wherein the cast of Rak Of Aegis perform the songs used in the play, mostly songs of this famous band, headed of course by Aicelle Santos, Isay Alvarez and Robert Sena.  And on the grand finale night of The Voice Kids at the Newport Theater at Resort World last July 27, Aegis band is live doing a production number with the grand winner Lyca Gairanod, some say that number really convince the audience to make Lyca the winner because she prove that she should qualify as the fourth vocalist of the band in that sing off.

Going back to Philpop, let me congratulate our very own Daryl Ong, a true blood Puerto Princesan’s , a Palawenyo who take home the second place prize for his song “Torpe” interpreted by Star In A Million Winner Kris Lawrence. We have a chit-chat with Daryl after the contest and he told us that it seems this is his path, to be a songwriter. He was known in joining many singing contest in the past in which he make it as a finalist but never won the title like the Pinoy Pop Superstar.  Currently he is one of the members of the singing group “Voices of 5”. Daryl’s family business in Puerto Princesa is the fame Biochemist Drug Store located in the old City Public Market.

And on The Voice Kids Finale, Lyca is the first grand winner, some are dismay because they believe Darren Espanto is more deserving to win in terms of singing versatility, but it’s a vote that count and Lyca top that even though she hail from a very poor family and it’s called sympathy votes, but her coach Popstar Sarah Geronimo dismiss that saying Lyca has a talent as well and really deserve to win. 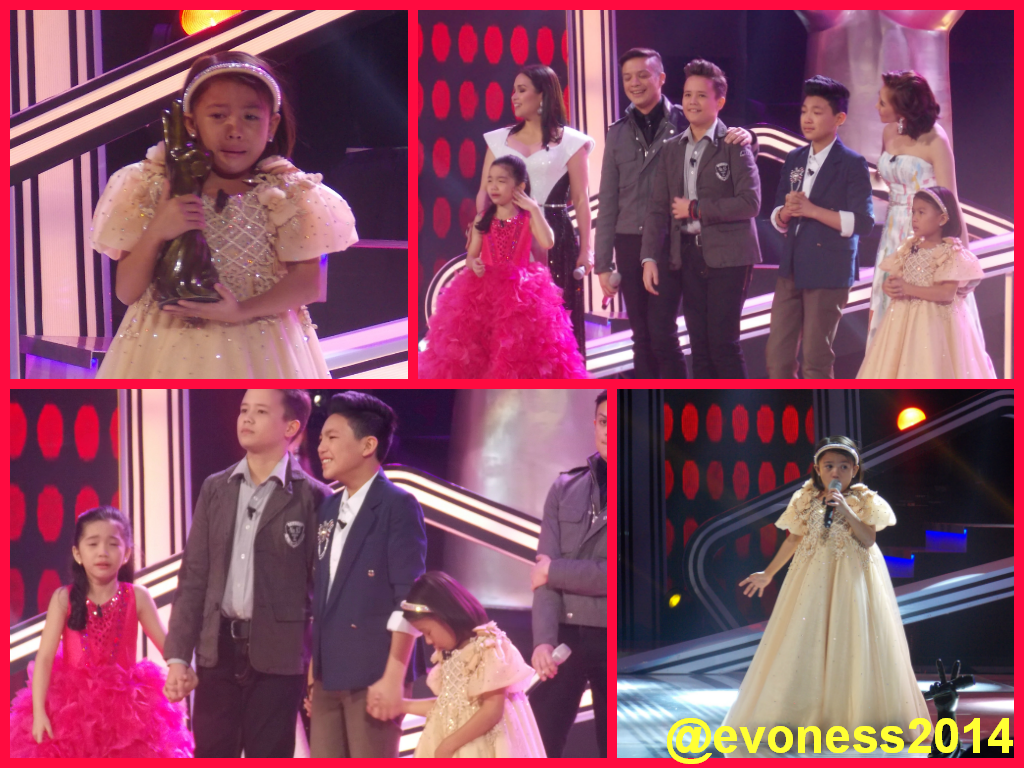 Special thanks to Kim Sancha of Tom Rodriguez Fans Club for the Philpop Invites and to Palawan’s Beauty Guru Bong Villanueva for the The Voice Kids invites as well.