The Laugh And Stack of Comedy Cartel.

By Palawanderer - July 18, 2014
STAND UP COMEDY is slowly but surely getting popular now a days, it’s a different one that we usually familiar with in a traditional Comedy bar, mastered by Gay comedians along with sing-along numbers. The one I’m talking with is the Comedy Cartel, a guild of professional comic artist that provide a whole range of stand-up comedy in a bar settings but mostly point of view stories and of course  day to day personal experiences.

Due to its popularity, Comedy Cartel along wtheCircle Entertainment launches a one of a kind stand-up comedy contest, it’s called “Laugh and Stack Open Mic Showdown, now on its 8th Leg held every 2 other Saturday in different bars in Metro Manila, it aims to discover new breed of talents from amateurs comedians, class clowns and anyone who want to break their funny bones on stage. It’s a weekly showdown in which the grand finals is scheduled sometimes in December this year, a P20,000.00 in cash and more is at stake for the major champion.

Last July 12 we are invited to witness the showdown of 10 promising comedians who hails from different age group and with diverse personality and with foreign nationals as well joining as contestant, each of them were given minimum minute to showcase their wits, punchlines and delivery power that make audiences laugh and vote them as the winner for the said leg.  This was held at Relik Tapas Bar and Lounge at the Bonifacio Global City in Taguig. 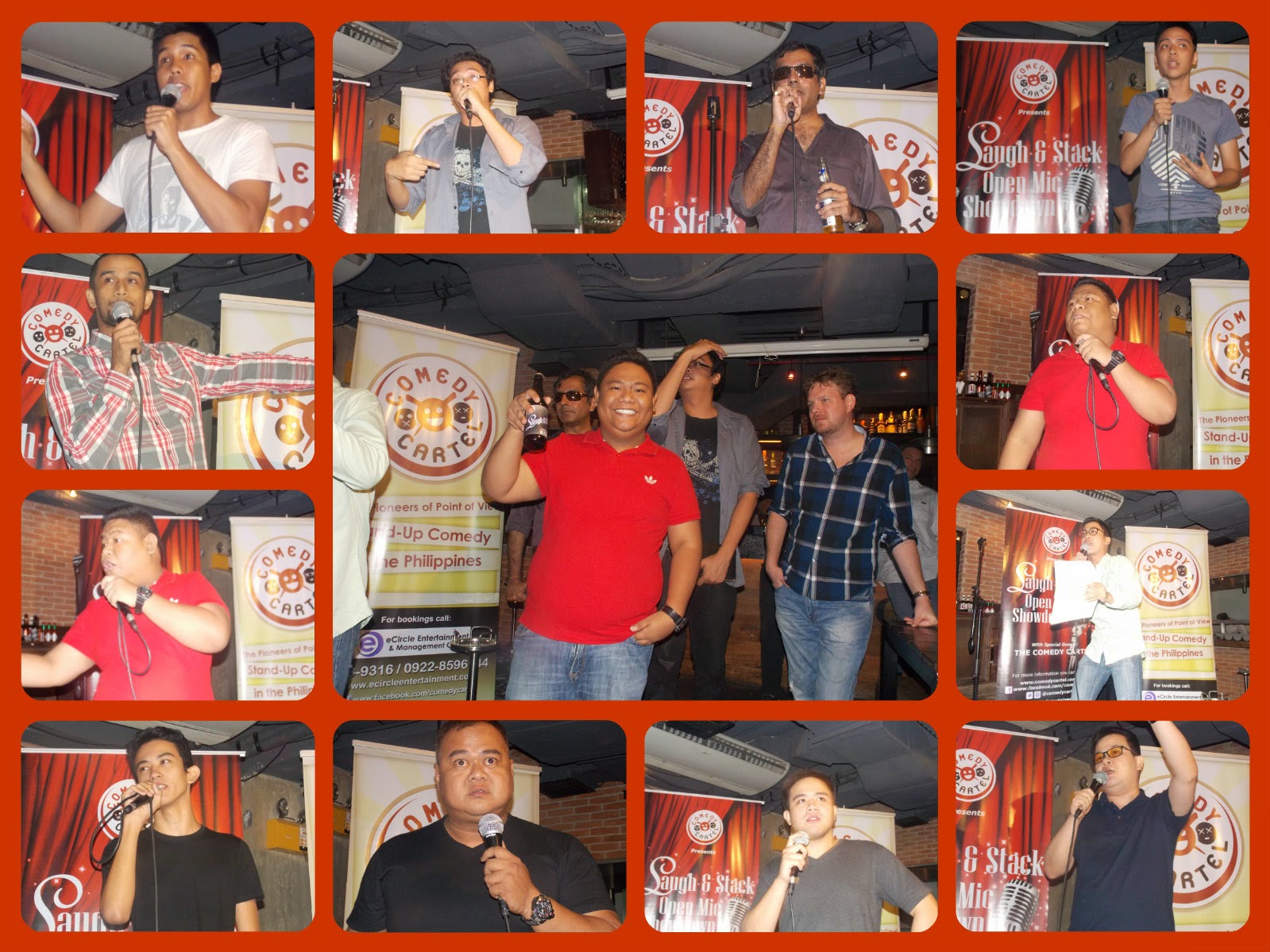 Walter Balino is the winner that night who really make us cry laughing with his antics and jokes, one thing unforgettable in his performances is his monologue about Pinoy Big Brother, a Reality TV show on  which he suggest why not make a Squatter edition featuring residents living in slum area. The roar of laughter at that time is a hint that he will be the winner for that night and will have a spot for the grand finals on December.

After the competition, resident artist from Comedy Cartel perform on stage that made the night more fun and stress free.

Laugh and stack mic showdown is open to all interested; they usually announce the registration at the comedy cartel page in Facebook, or you can contact Joi at 533-9316/0922-8596144.