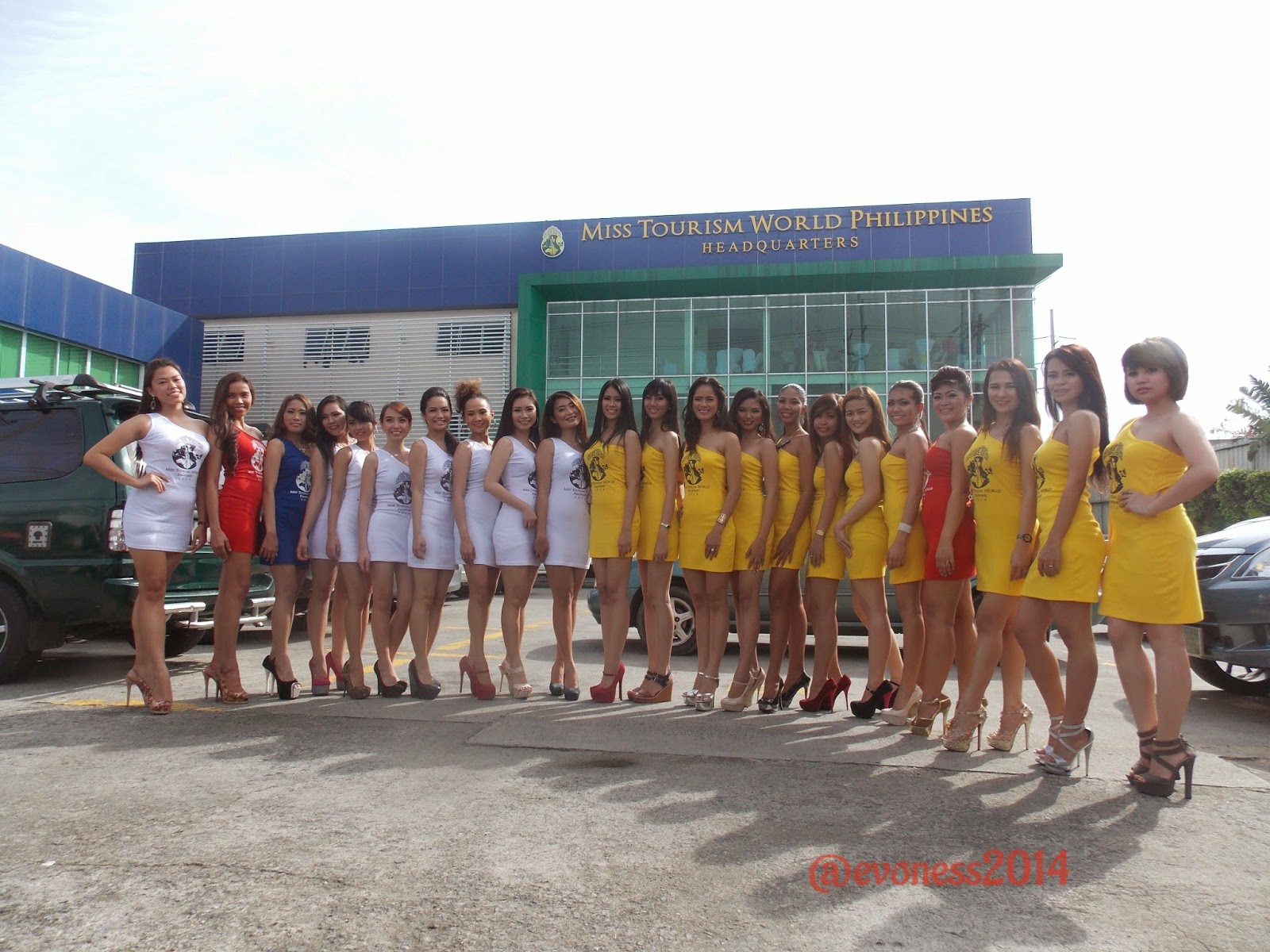 SOUND Ambitious, but organizers of  Miss Tourism World Philippines (MTWP) are determine to set four world records in their coronation night on Sept 23, 2014 at SM MOA Arena.  According to Bernard Go, President and CEO of MTWP, these records are: the most numbered of candidates in a pageant; largest indoor pageant; most number of crowns given in a pageant; and most number of National Costume wear in a pageant. But this is not for Guinness, the said record is intended for RecordSetter, a 2008 record database that start in Las Vegas and in Los Angeles,  USA.

Last Aug 2 we were invited to the MTWP Headquarters at Don Chino Roces Avenue in Makati to witness the launching of the pageant and of course meet some of the candidates.  In the said event we were informed that they have oriented the candidates as well as their respective handlers to sell 200 pieces of tickets in order not to be deprive supporters during the coronation night. It was emphasized that the venue is a 20, 000 seating capacity. They also announce during the program that they will bring all the official candidates to US to do modelling shows (all-expenses paid including visa processing). Present during the said event are Jose Orlando Ruiz, Strategic Marketing Director, DarnaUmayan, Project Director of Miss Teen Philippines USA&Mrs.PhilippinesUSA, who will serve as the partner of MTWP in the US. Rea Lazo, reigning Mrs.Philippines USA, and Cristito Velasco, Regional Director for Central Luzon of MTWP.

During interview, Go clarified their announcement to the candidates. Go Said that they are not requiring the candidates to sell tickets but they are simply obligating them to do market tickets for the pageant. This, the organizers wish, through the help of each candidate's local government which they are representing.  Go clarified that selling of  tickets is not mandatory.  The US trip, Go said,  will happen after the pageant. Candidates will do some modelling show like showcasing their National costumes. The pageant also aims to give livelihood training for the winners and non-winners.

As of launching date, MTWP has 179 candidates and they are targeting 250 beautiful Filipina to compose the batch this year. The winner will get P300, 000 cash prize and a crown, and the nine other titles will each receive P30, 000 cash and a crown as well.  MWTP is endorsed by Department of Tourism and Department of Interior and Local Government.

According to its website, MWTP aims to gain worldwide attention through its projects which aims specifically to uplift the living of the Filipino as it strengthens the relationship of the Philippines with other counties and promote tourism through its many activities.

Abler Joe said…
On these levels i am sure such things are amazing because of the kind of impact they leave and generally to me east coast bus tours is always there with the maximum support and outcome it generates is appreciable.
October 20, 2015 at 2:47 PM