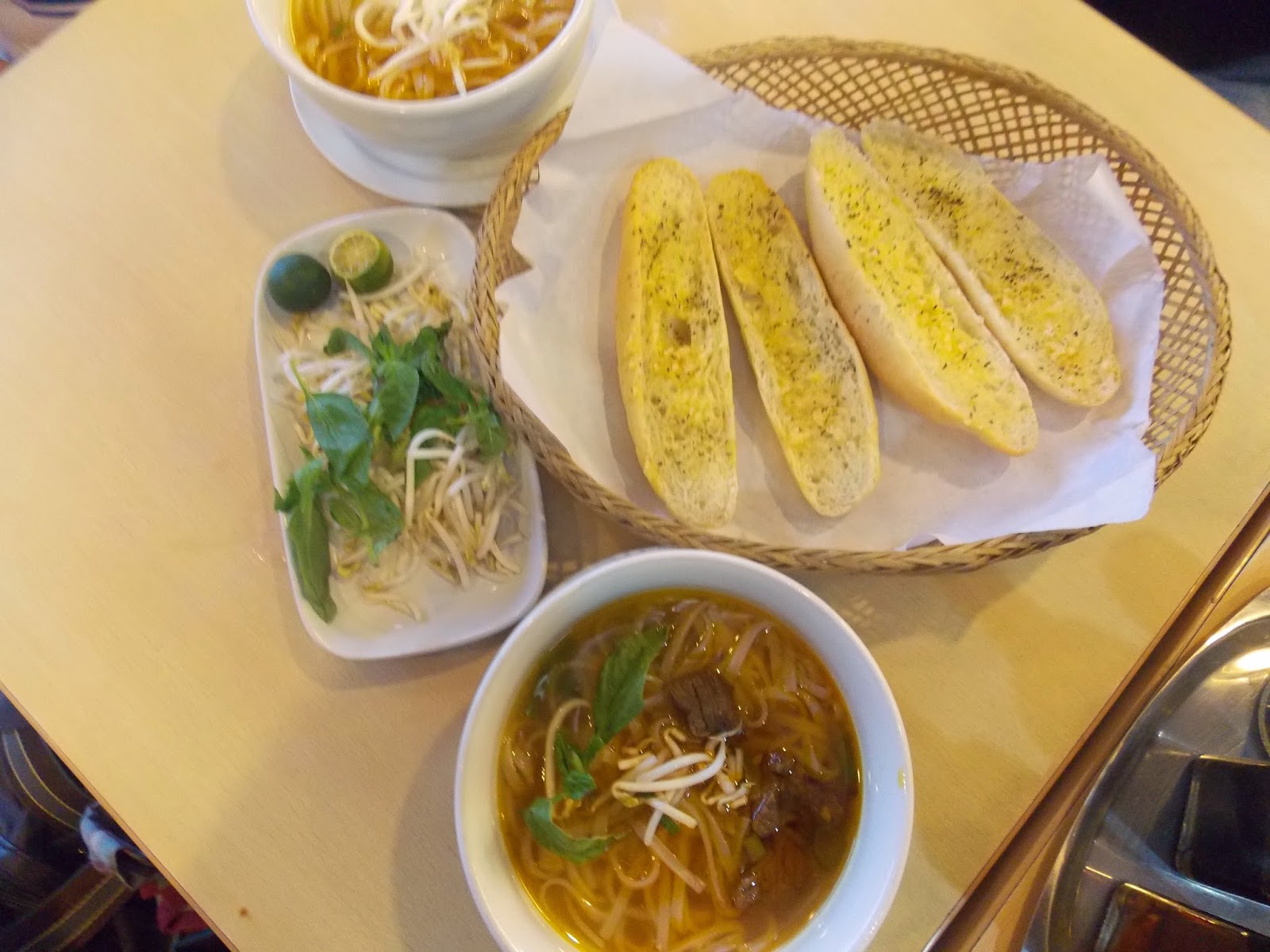 A Long time ago, Puerto Princesa City became a sanctuary for Vietnamese people who sail away through seas from their homeland to avoid the unbearable war, some of it landed in the shore land of Palawan to its capital. It became their shelter for many years, and in return they introduce to the Palawenyos their famous cuisine, the French Bread Sandwich and the Chaolong. In early 90’sit became a huge cottage industry in the City that no major intersection you can’t find a Chaolong house.

Chao-long has its two variety, the Pork (Buto-Buto) noodles and Beef Stew that is commercially available.  It is fascinating because of its ingredients that most Filipinos find it uncommon for noodles, like the rice strands noodles, monggo sprouts, carrots, eucalyptos leaves, and its unique soup and seasonings. Chaolong somehow became a staple food for Palawenyo’s and a relief after hard drinking session.

There are attempts in the past to some businessman to bring Chaolong in Manila, but due to its logistics background they never last.

But not anymore this time, Palawenyo IT consultant turn entrepreneur Jay Lowell Payuyo is determine to make Chaolong unanimous in Manila, to make it big in the coming years as such like delicacies of other provinces that make it to other Cities and to another Cities in the country.

Payuyo who ran a 7 year old laundry shop in Quezon City has a dream of becoming a baker, and he made that realization January of this 2014 when he open Bread & Bakers, who offer a numerous kind of bread from pastries to cake of different occasion. Until this April when somebody is looking for a French bread and together with his two brothers they coined an idea of why not offer Chaolong, aside from the said bread. Slowly they just try it in their home wherein they usually do every time they have guest or an occasion to celebrate, and to their surprise it became an instant hit for Palawenyos base in Metro Manila that misses the said noodles. From one branch they have 3 branches as of now, the original in Roosevelt, one in University of Sto.Tomas and in Project 7 in Quezon City.

Payuyo admit that producing Chaolong in Manila is not easy, he have to find suppliers in the metro that can sustain the operation, it’s a work in progress he said but so far not only the Palawenyos are liking it, even locals of QC are now loving the said rice noodles.

The original formula of Chaolong is maintain in every bowl they serve, however as a resident critique of their product, they try to do some innovations about its taste, with some spices to sustain the authentic style of cooking it. He proudly say that the Chaolong they serve is an MSG free, meaning no Vetsin is added to which some Chaolong in Puerto Princesa is known for.

Bread & Bakers is now the new rendezvous place of Palawenyos  in Manila, aside from Chaolong they were able to reconnect with their roots and meet friends whom they never meet for quite some times. Payuyo welcome that idea and he’s happy also seeing his fellowmen from same island who share the passion he have about this gift from Vietnamese people. 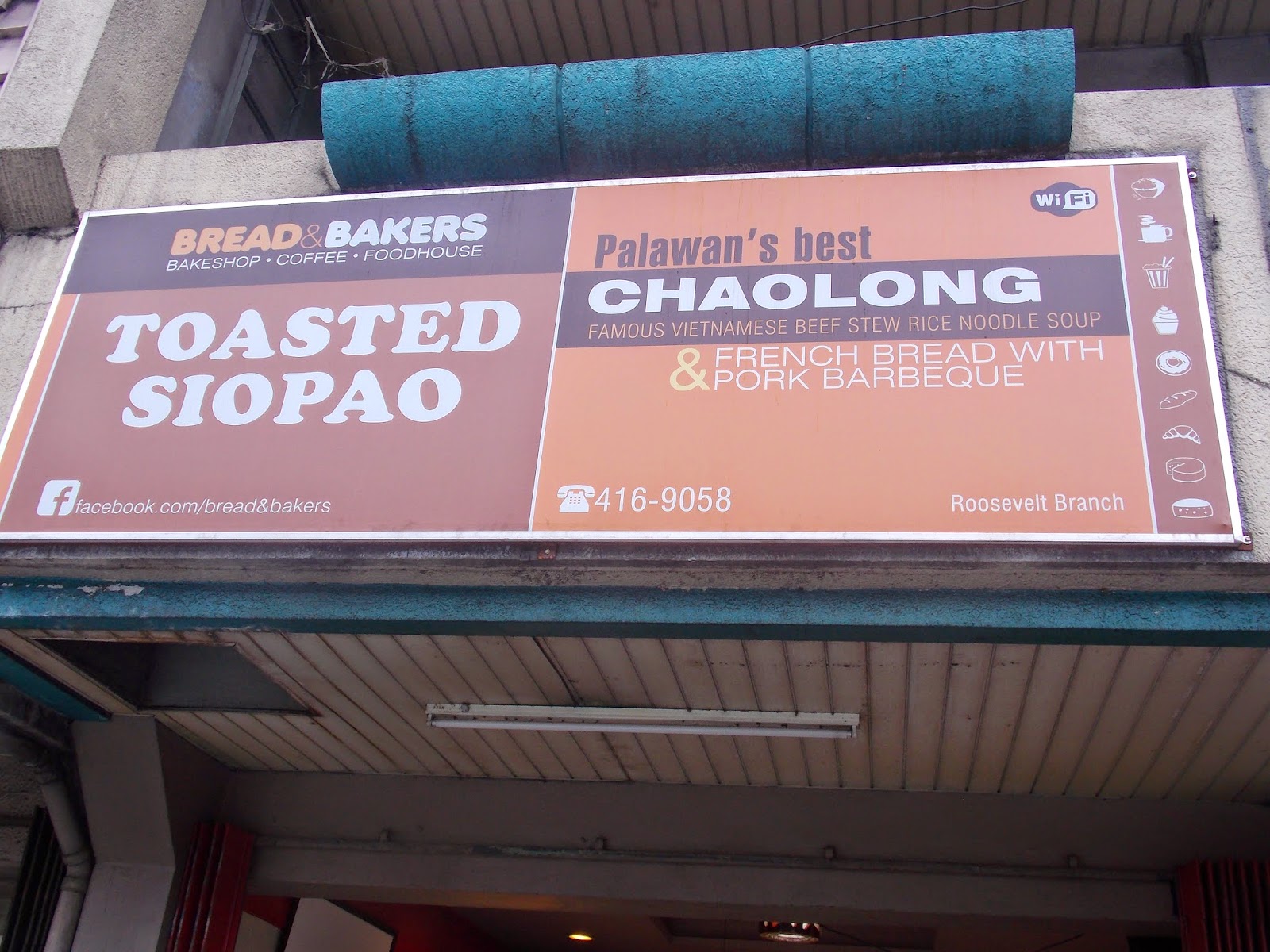 Bread & Baker is open from 6 in the morning up to 10 in the evening.  Exact address is at 282 Roosevelt Avenue, Quezon City. Proj 7 branch is at Bansalangin St in Veterans Village, just a walking distance from SM North EDSA.  City. The UST branch is located at Delos Reyes st near Eloisa St Manila. For inquiries you can contact them at Tel. No. 416-9058. 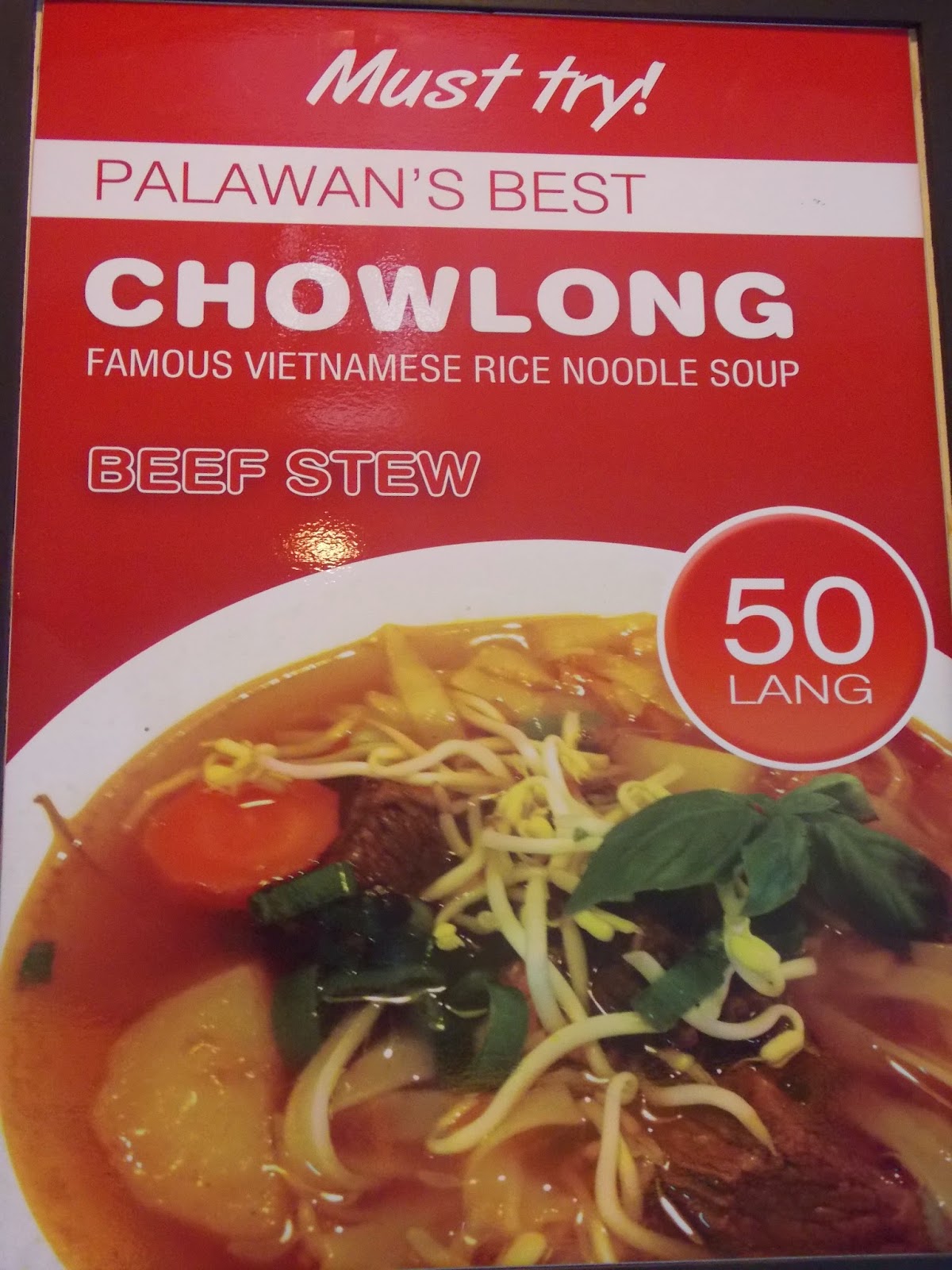 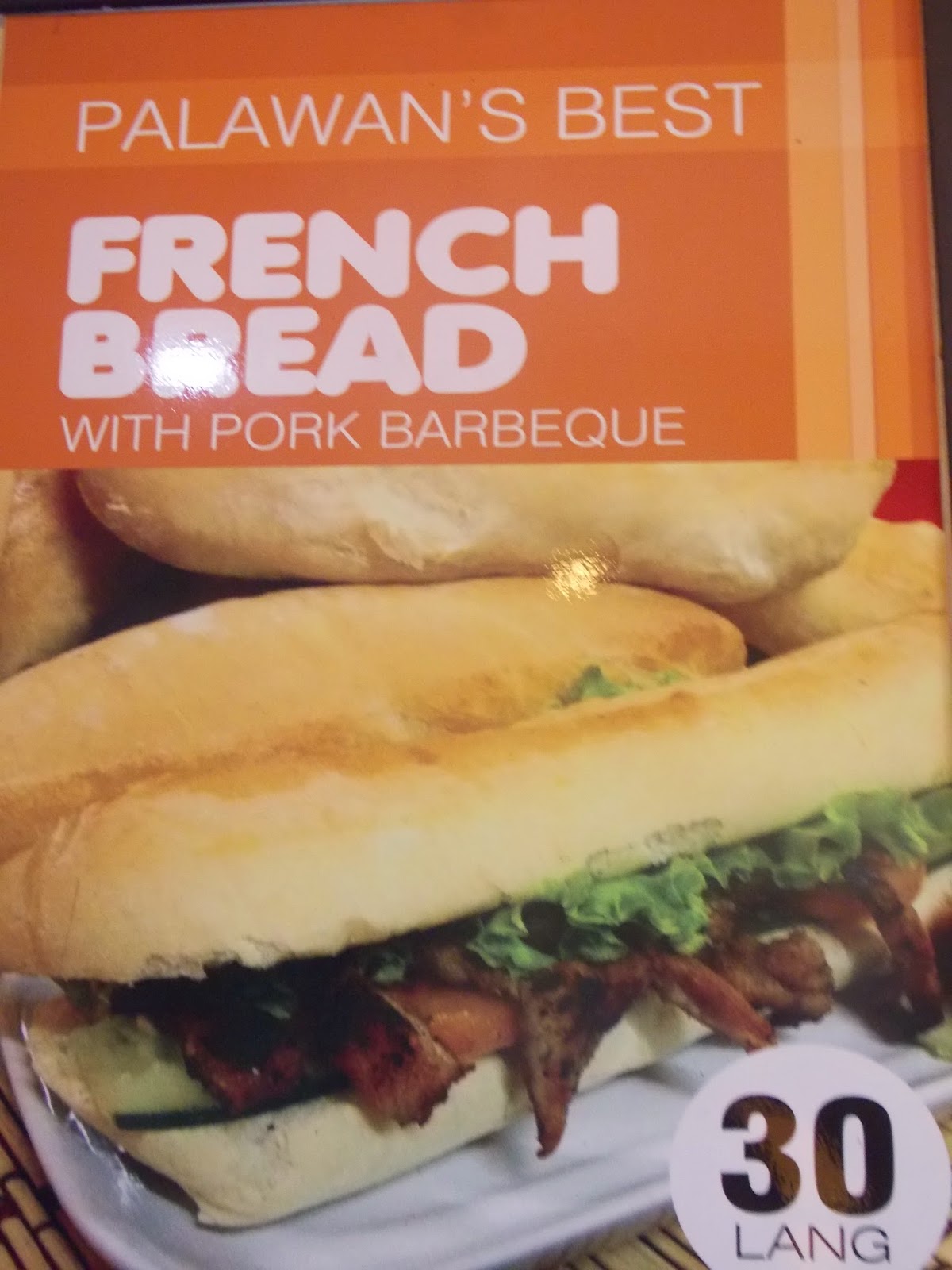 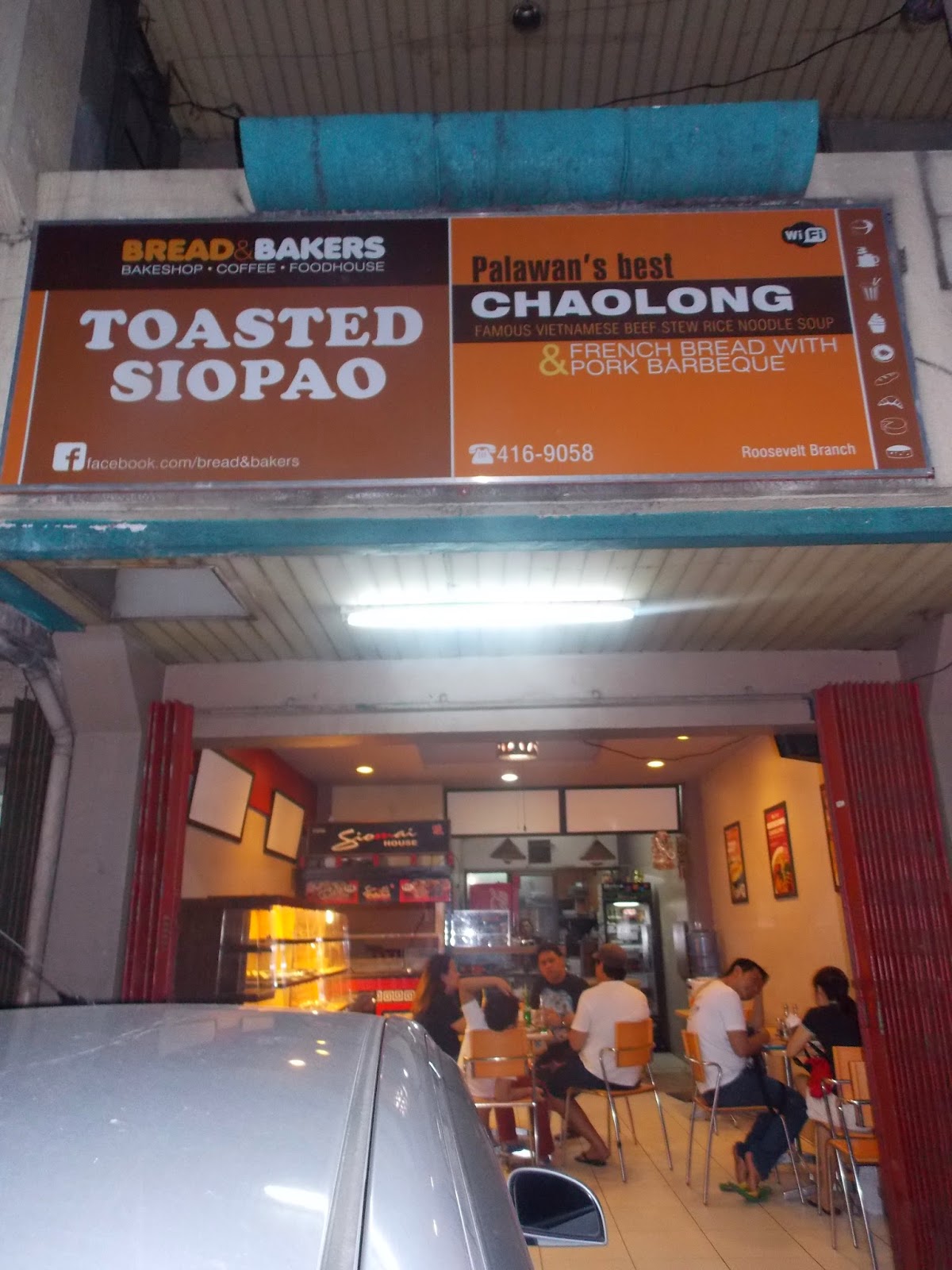 Palawanderer said…
Proj 7 branch is at Bansalangin St in Veterans Village, just a walking distance from SM North EDSA.
September 9, 2014 at 3:28 AM

Anonymous said…
This post is studded with grammatical errors, typos and suffers from very poor sentence construction. I had a hard time reading through it.
January 28, 2017 at 9:58 PM