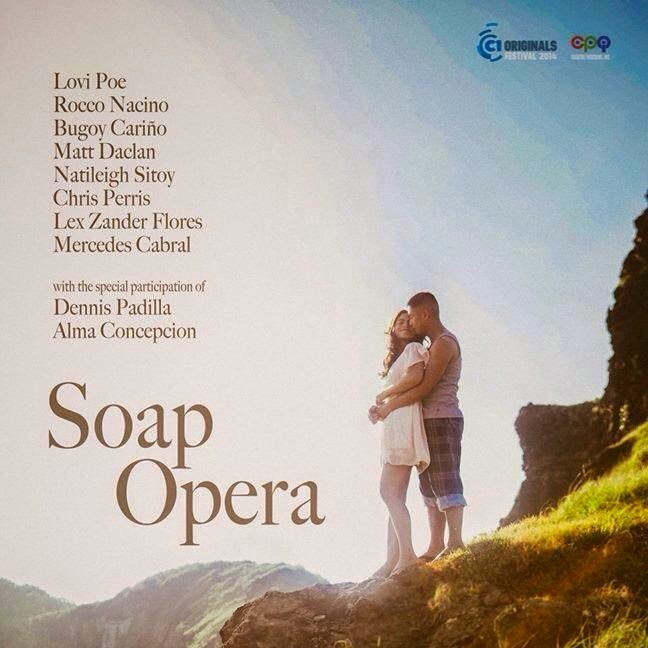 "Parang teleserye lang..." We are always surprised if we see drama in real life.

The film Soap Opera manifests the difference between reality and fantasy. It is the story of Liza (Natileigh Sitoy) and Noel (Matt Daclan) on how they try to live a normal family life and how the teleseryes they follow affect them. When their son got sick, they plotted to trick a foreigner for financial support. As they gain from this, their family falters, incidentally mirroring the soap operas.

Soap Opera is directed by Remton Siega Zuasola, an entry to this year's Cinema One Originals. Typical could be the best word to describe this film. No surprises. What you expect to happen, will happen. Although, this could be the point of the film. While we are enthralled by the drama of the teleseryes, we should not be alarmed that it could happen in real life.  The film could have been better as the plot is promising. There could have been more humor with the soap opera part with Lovi Poe and Rocco Nacino. This film is worth watching but not memorable.

What's commendable is the acting. Kudos to Sitoy and Daclan for the outstanding performances. Daclan's Best Actor award is well-deserved.

Verdict: B-. Watch it. It's better than the "kabit" teleseryes nowadays.