By Palawanderer - November 29, 2014
BEFORE the grand coronation, Candidates for this year’s Woman of the Earth squeeze in their time to visit Yoshinoya, Japan’s Famous restaurant that operating in the Philippines for twelve years already. Miss Earth 2014 Candidates had a sumptuous lunch at Yoshinoya branch in SM North Edsa last Nov 28, 2014.  Of course they were serve signature dishes of Yoshinoya such as Beef Bowl, Beef Misono, Chicken and Pork Katsudon, and the newly and getting popular menu, the Yoshi Chicken.

In an interview with Timmy Yang, President CEO of Yoshinoya Century Pacific, Inc inform us that they have 7 branches in Metro Manila alone of Yoshinoya, and soon they are opening their branch in Cebu. He admit that even though it’s a franchise they limit it only in their company.

Yoshinoya is established in 1889 in Tokyo, Japan and its famous for delicious recipe of beef and rice known as Gyudon (Beef Bowl) and it’s a hit in Japan since then. 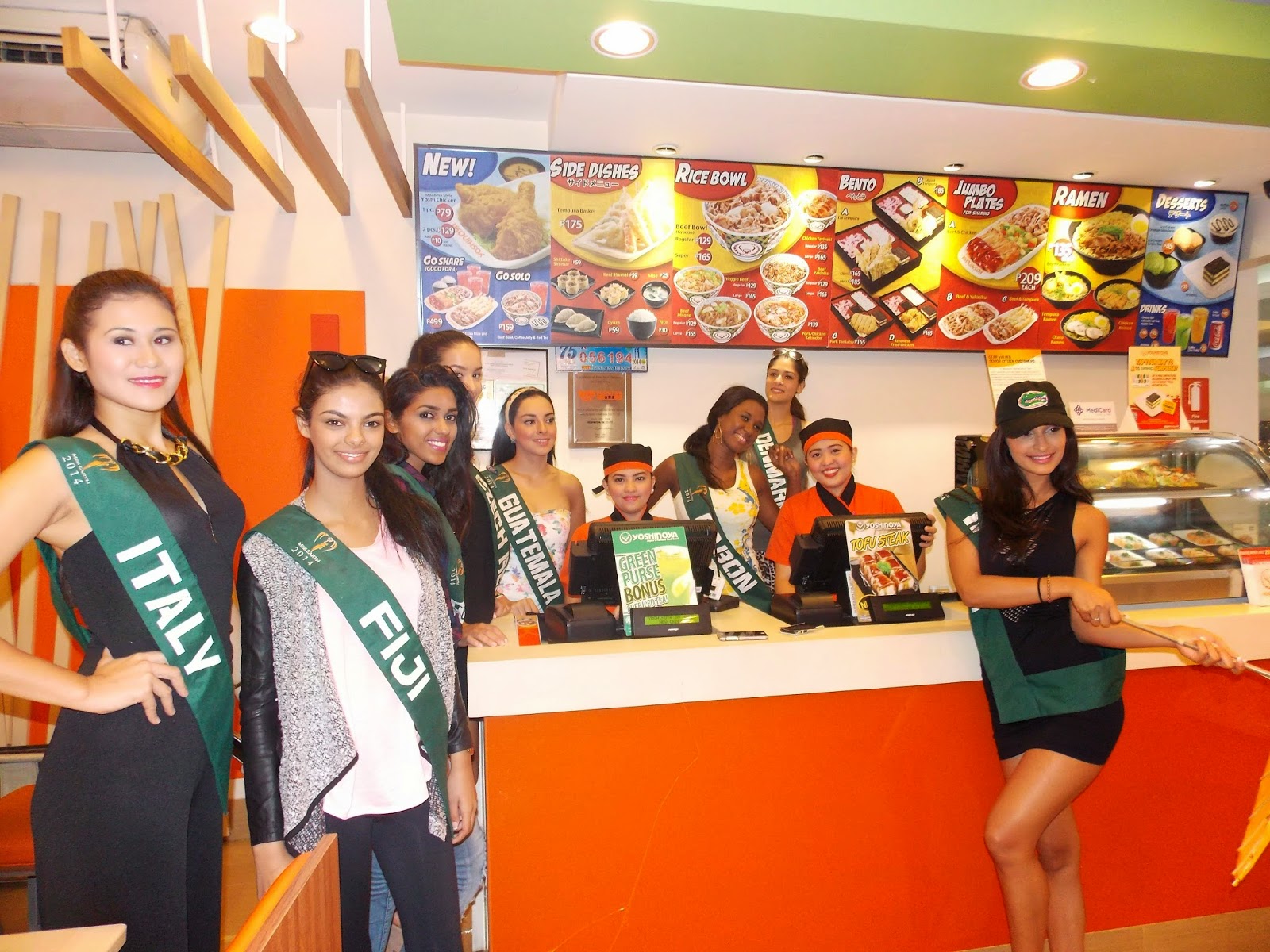 Yang told us that they have a lot of Ramen variations coming in for 2015, he admit that Ramen is one of their bestselling menu along with Bento that they all offer, the newly introduce Yoshi Chicken is only available in the Philippines but it was collaborated with Chef’s of Yoshinoya in Tokyo.

Yoshinoya has already plan for the coming holidays and they offer a lot of food for Christmas Treats, they accept delivery all you have to do is call them at 288-2888.  Their branches are located in SM Megamall, SM North Edsa, SM Manila, SM Mall of Asia, Robinsons Galleria, Glorietta and Fairview Terraces.
Miss Earth 2014 Candidates Yoshinoya