Meet and greet with Arnold Arre.

By Palawanderer - December 13, 2014
Filipino comic book writer, artist and animator Arnold Arre recently talk about the myth behind his classic graphic novel “The Mythodology Class”, last Dec 6, 2014 during the meet and greet at Fullybooked in Bonifacio Global City.

Organize by Nautilus Comics, Aare discusses how he creatively conceptualize his award winning book, and how he struggle to publish it way back then in 1999. He said that he start imagining first the scene and develop it to the story, other scenes is he himself was involve and from there he draw a bigger picture of characters in the Mythodology Class. 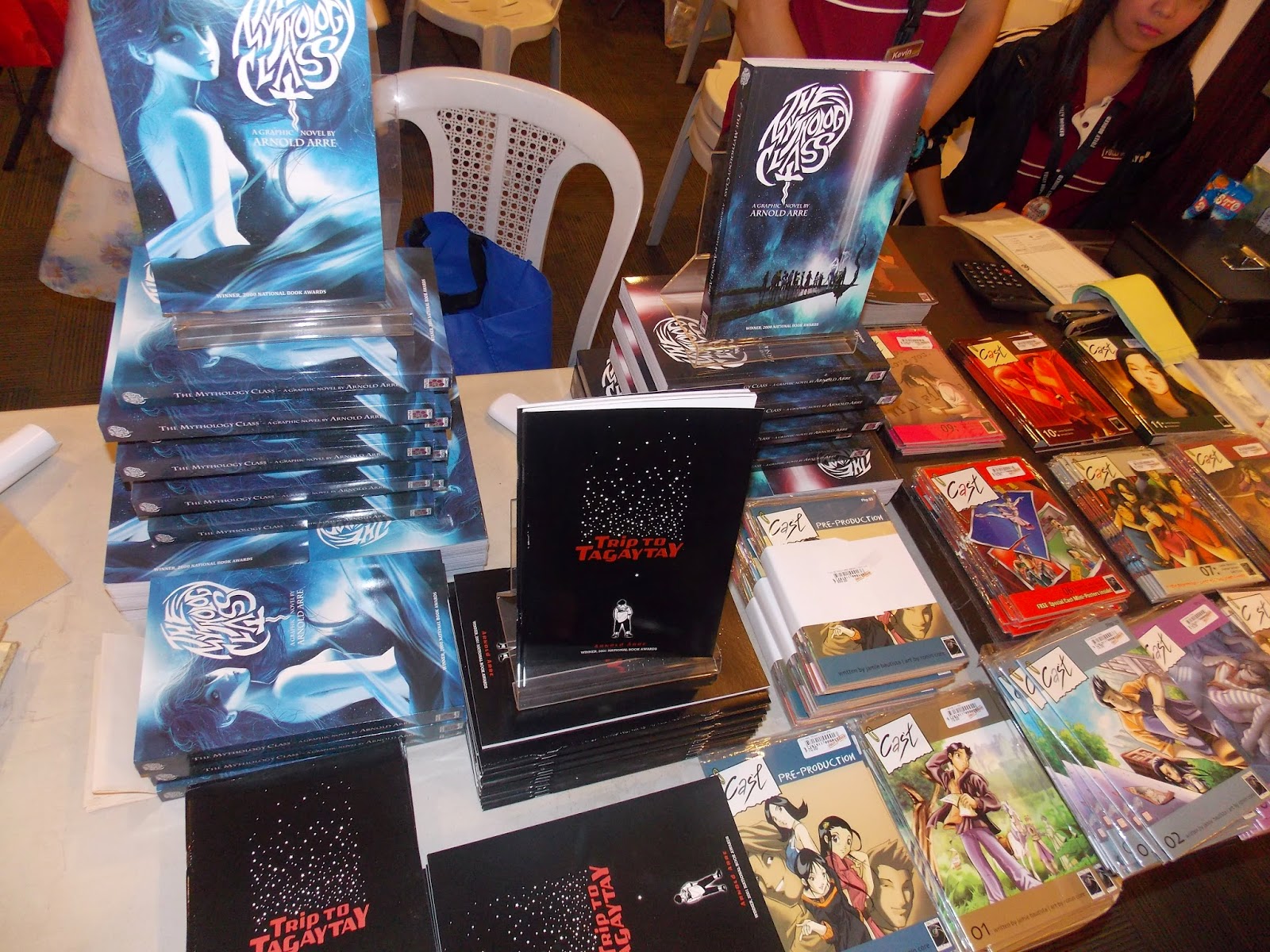 Arre admits that his books are purely creations of imaginations, not base on anything aside from the fact that he want to make it Pinoy style. He do reinventions of characters that we all grow up knowing, like Tikbalang that he draw it with human legs.  He also announces contemplating of making a sequel to it but no deadline yet.

Mythodology Class is also published in newspaper; yes it became a comic strip in Manila Times. However it only last for months for some reasons.  Arre discloses also facts that he is open to make his novel into movie, they were talks before but it didn’t progress.

As of press time Arre is exploring so much the world of animations, he did show his sample works to us along with video clips for some short film he done.  His newly compiled Mythodology class book is out now in bookstore especially in Fullybooked publish by Nautilus Comics.  Aside from the said title, Arre’s book “Trip to Tagaytay” is also reprint by Nautilus Comics.

Aare’s other books are After Eden, Ang mundo ni Andong Agimat and Martial Law Babies. He is an awardee of National Book Awards from The Manila Critics Circle.