Have we become apathetic? What did we learn from our parents' experiences from the so-called revolutions in the past?
Manhid: The Pinoy Superhero Musical is a fervent display of music and dance by the Ballet Philippines led by some of the most prolific artists in the country. With words and music from Kanakan Balintagos, Vincent de Jesus, Carina Evangelista, the Eraserheads and Radioactive Sago Project and direction and choreography by Paul Alexander Morales and Alden Lugnasin, Manhid would be enjoyed by every Filipino.
Manhid was originally staged by UP Tropa Experimental Theater in 1991. After more than two decades, the story is still fitting with today's Philippine political situation.
The plot is ambitious, with inspiration from Salman Rushdie's Midnight's children. Decades ago, a massacre took place. 99 of those who were born on that day were named after the heroes of Philippine folklore. And these 99 were expected to be the heroes of today, saving everyone from Kamanhiran (Apathy). These heroes, known as the Maragtas, led by Bantugan, must defend the people from the group of evil-doers, the Tulisan ng Bayan led by the Demonyita, the Minister of Humanity.
I think what the play lacks is focus. It is quite difficult to summarize the entire story. There were too many subplots. There was more than one love story. There were too many characters. Each of them trying to tell their tales when some of them failed to do so. Like the character Dilim, one of the heroes. She just sang. I did not really understand what her role was. And the ending was not clear if not for the play bill.
Nevertheless, the songs, the score, the acting and the choreography deserve applauses.
The songs exquisitely suit the mood of each scene, which includes Eraserheads' hit Kailan. Makes you want to buy the soundtrack after the play (which according Balintagos will be released soon). The score was by Radioactive Sago Project. Which I don't think I need to expound. It's Radioactive Sago Project.
The actors are commendable as well. Bantugan is well played by Sandino Martin who was last seen in the film Esprit de Corps. I didn't know he can sing. Well. He deserves more limelight. Kim Molina, who played the foul-mouthed Allunsina, one of the heroes, stole the show. Her vocal and acting skills and her character's humor were entertaining.
The dances are engaging. However, again, it lacked focus. The last scene, the fight scene of good versus evil, could have been flawless. I was expecting something grand since this is an allegorical play and it was the ending. A lot of things are happening in one scene that I did not get most of what the actors were singing.
Verdict: B. For every Filipino who are guilty of "What have I done for my country?".
"Manhid: The Pinoy Superhero Musical" is staged at Tanghalang Nicanor Abelardo (CCP Main Theater) on February 27 and 28 and March 1, 7 and 8. 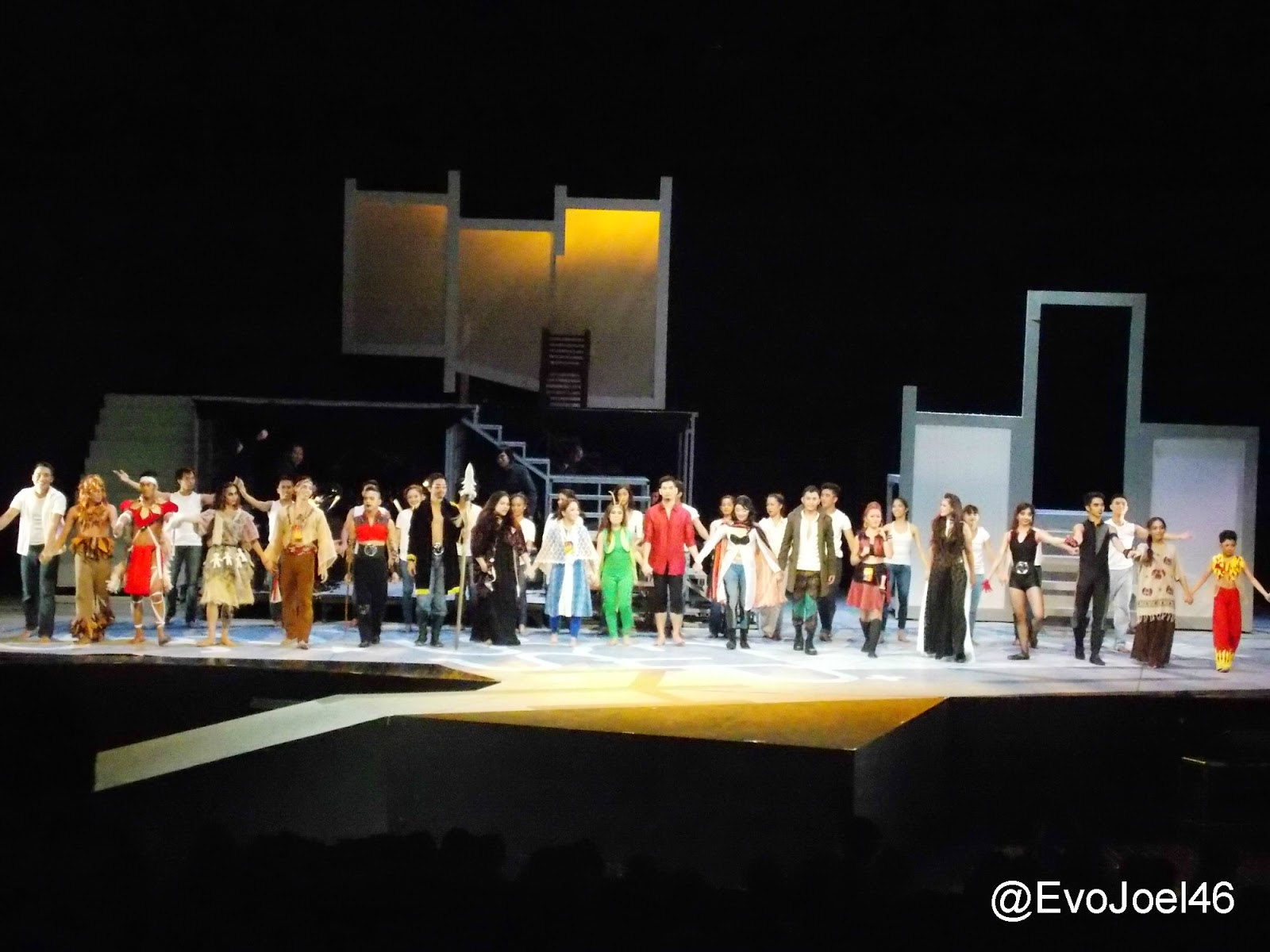