The 52nd Coronation Night of Bb.Pilipinas.

By Palawanderer - March 24, 2015
A night of Binibinis.
By Kim Sancha
Contributor

The much awaited and most anticipated coronation night of the new queens of Binibining Pilipinas was held on the 15th day of March 2015 at the historical Araneta Coliseum. For fifty two years, Binibining Pilipinas Charities Incorporated was the home of the true beauty of Filipinas who brought us pride, honor and joy after representing, showcasing and exuding the anatomy and beauty of a Filipina in the universe of pageant. Fans, politicians, former beauty queens, businessmen, showbiz personalities, upcoming and aspiring beauty queens and models once again flocked at The Big Dome to witness the crowning of the new queens who will represent the country in some of the major beauty pageants internationally.
Thirty four gorgeous and sexy Binibinis from the different provinces of the Philippines walked with saucyness, sexiness and sultryness with beaming smile impressed the spectators watching live at the Coliseum. Seventeen Binibinis came from camp Kagandahang Flores mentored by Rogil Flores, thirteen from the house of Aces and Queens in the hands of Jonas Gaffud and four Binibinis represented fiercely and independently. From thirty four they were narrowed down to top 15 and they were as follows:
Aces And Queens
* Binibini 8 Kimverlyn Suiza
* Binibini 10 Pia Wurtzbach
* Binibini 12 Kylie Versoza
* Binibini 17 Brenna Gamboa
* Binibini 19 Christi McGarry
* Binibini 21 Alaiza Flor Malinao
* Binibini 23 Justine Felizarta
* Binibini 24 Ann Lorraine Colis
* Binibini 34 Teresita Marquez
Kagandahang Flores
* Binibini 9 Maolin Yalung
* Binibini 11 Janicel Lubina
* Binibini 14 Princess Camu
* Binibini 22 Anja Peter
* Binibini 25 Rogelie Catacutan
* Binibini 28 Hannah Sison

To start the first round of competition, the thirty four Binibinis ramped in their red swimsuits where sexy and hot men construction workers in their white sandos, served as the backdrop. The second round was the evening gown and the Binibinis walked with such elegance, poise and grace in the gowns designed and sponsored by Cumbia, with mesmerizing performances from JayR and Jason Dy. After these two rounds of competition, nine Binibinis from Aces and Queens and six Binibinis from Kagandahan Flores emerged this year's top 15 selected by the panel of judges from the fields of showbiz, sports, sponsors, ambassadors, diplomats, business, government officials and top rank military personality. They were:
Stella Marquez Araneta - Chairman Of The Binibining Pilipinas Charities Incorporated since 1964.
Kiefer Ravena - Basketball Player from Ateneo Blue Eagles
Vice Ganda - TV Host, Comedian And Actor
Bernd Schneider - General Manager, Sofitel Philippine Plaza
Sarah Meier - TV Host, Model And Endorser
Frederick Go - President And COO,  Robinsons Land Corporation
General Gregorio Pio Catapang - Armed Forces Of The Philippines, Chief Of Staff
Ambassador Gilles Garachon - French Ambassador To The Philippines
Secretary Leila de Lima - Justice Secretary, who also served as the chairman of the board of judges
Ambassador Luis Lillo - Chilean Ambassador To The Philippines
Congresswoman Leni Robredo - Camarines Sur's 3rd District House  Representative
Conchitina Bernardo - Former politician And Current Member Of The Binibining Pilipinas Charities Incorpirated, Board Of Directors
Special Awards were also given to the Binibinis in between rounds of competition and before the announcement of the fifteen Binibinis who will move on to final round and will face the demanding questions from the judges. 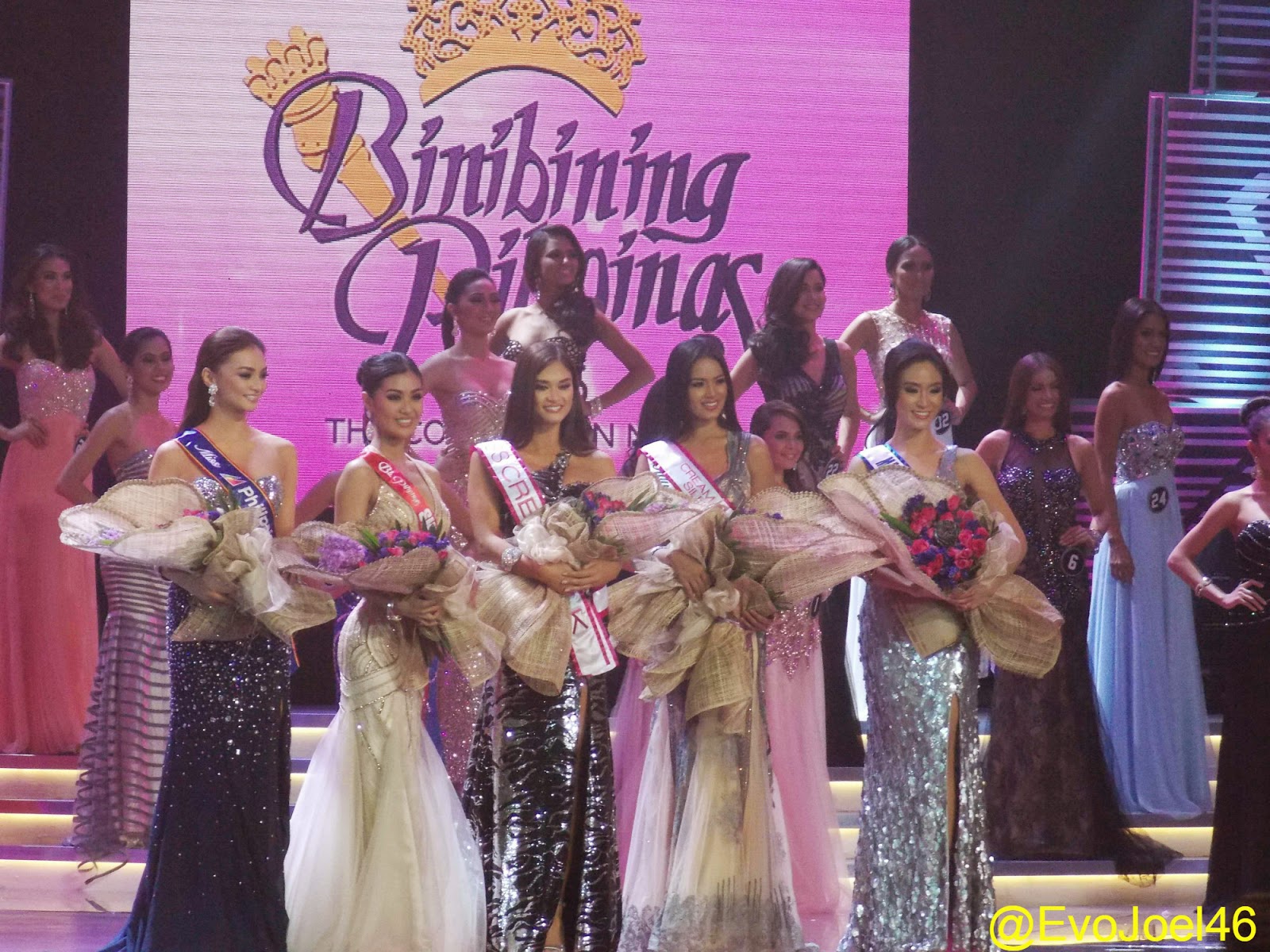