Lung Cancer is one of the leading cause of death worldwide, and in the Philippines it is the number one with 9, 184 death recorded as of 2010, as listed by Philippine Cancer Society.  But this Cancer is curable as long as it was detect or screened early, it will be beneficial for the patient financially and morally.

The Medical City, one of Philippines leading Hospital recently intensify and launched their comprehensive program for screening, early diagnosis and staging of lung cancer, through  their state of the art latest technology called Endobronchial Ultrasound (EBUS), and they are the only Hospital in the Country that offer this state of the art minimally invasive procedure.

On a launched with Bloggers last April 14, 2015, Roberto Posadas, Manager of TMC Center for Cancer & Research assure the public that this program is certified accurate, and he discuss how his Department will work as a team in giving cure to any patients that TMC considers are partners. 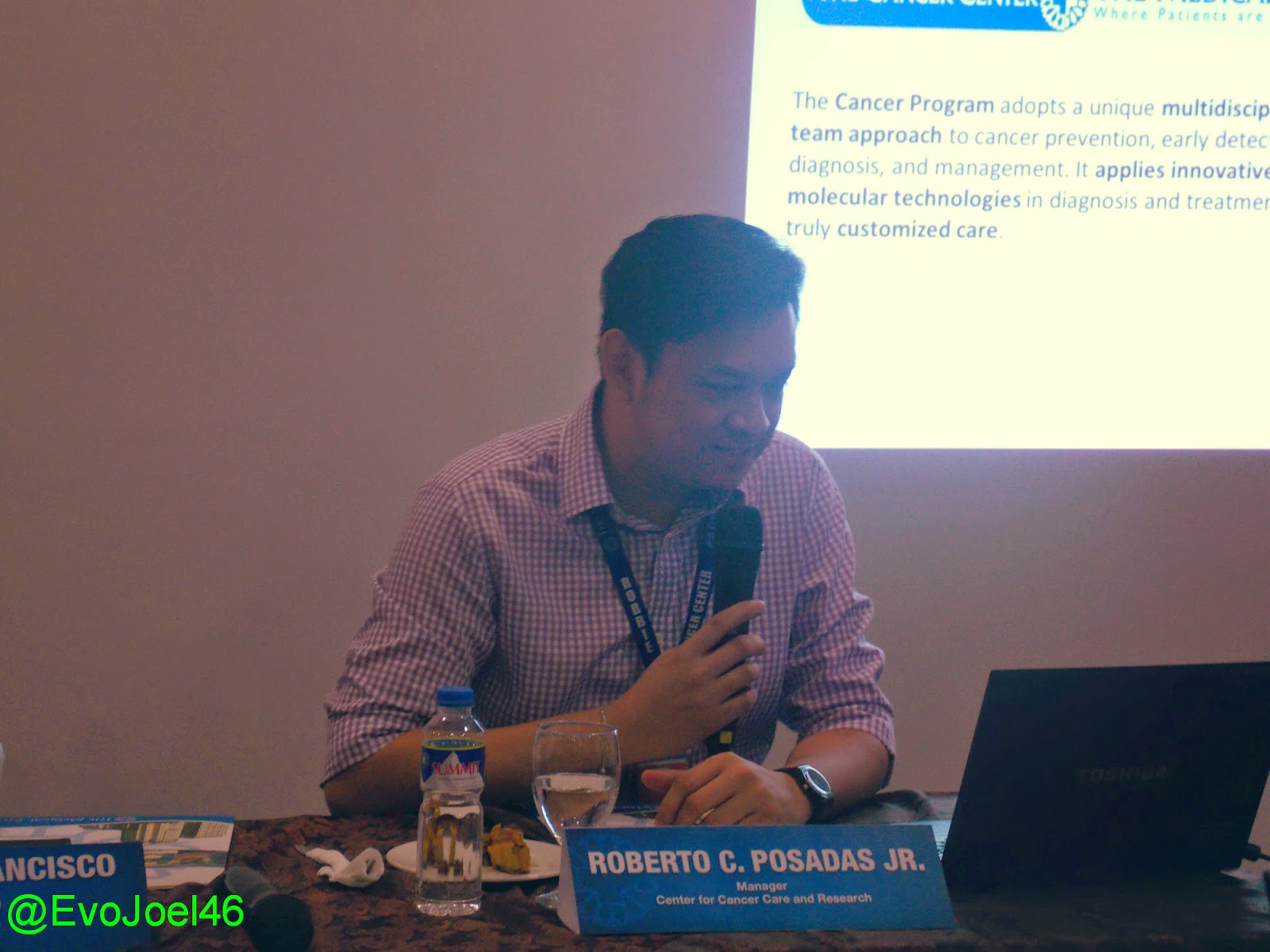 Posadas is supported with statement from Dr. Christine Chavez, Head of Lung Cancer Unit of TMC, along with Dr. Manuel Francisco Roxas, the consultant director of TMC for Colorectal Cancer.

EBUS as describe, can assist patients and doctors by shortening the time from diagnosis to treatment, the procedure incorporates the technology of ultrasound in bronchoscopy, which can view the abnormalities of lungs through and beyond the surface of the airways.  TMC admit this technology came from Singapore, that they usually borrow in the past years, until such that they are given a sort of franchise to have this in the Philippines.

With EBUS as an additional diagnostic option for high risk patients, it is a best tool to save lives as early as possible. Its procedures are accurate and safe in diagnosing a lung masses and lymph modes.

Aside from Lung Cancer, TMC also inform us that TMC’s Colorectal Clinic is also in position along with their research center, they are aware that this kind of cancer is becoming popular now a days making it in the fourth list as cancer-related death of Filipinos. Colorectal cancer is a cancer that starts in either the colon or rectum.And if detected early, Colorectal is curable. 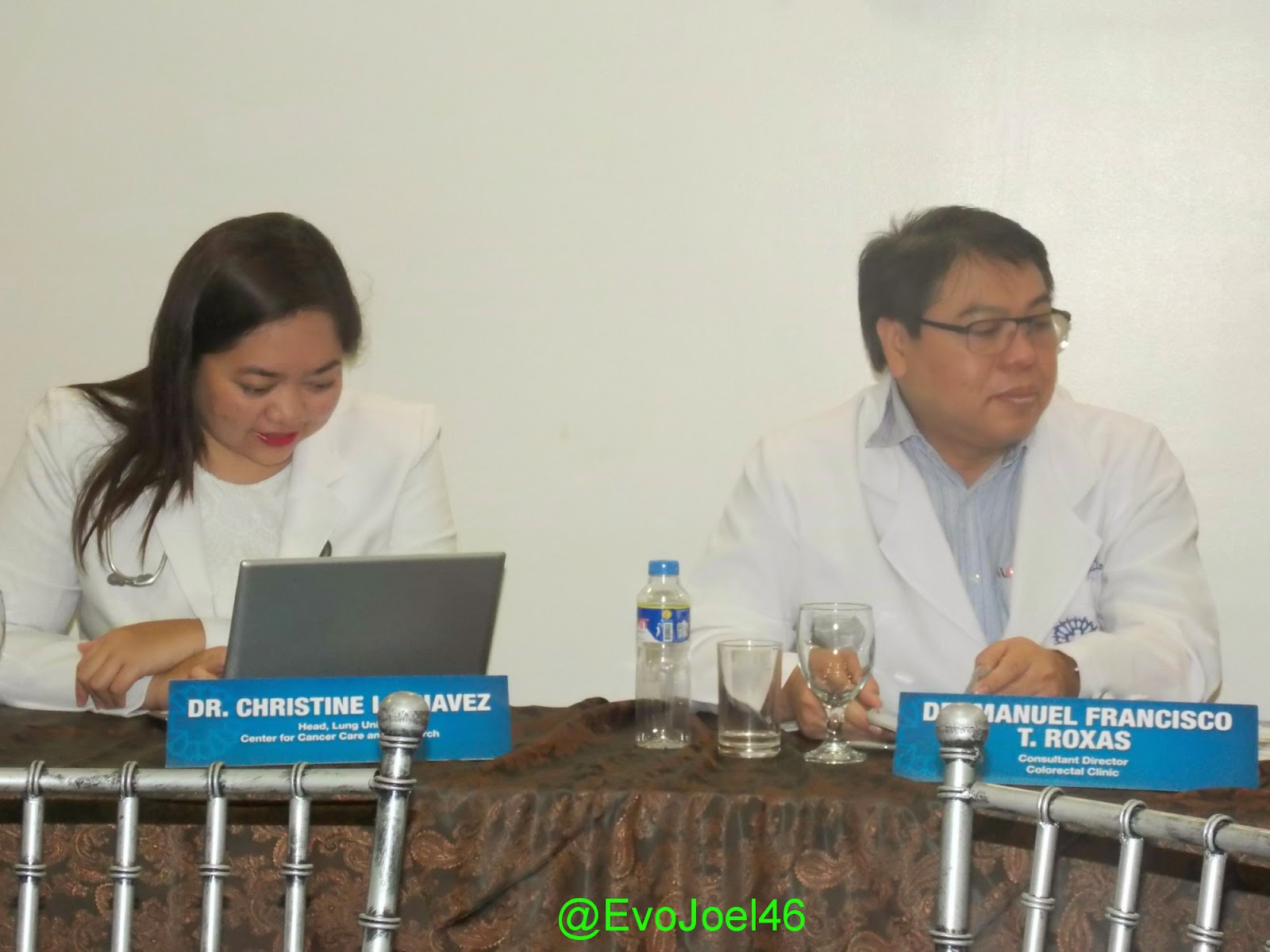 TMC has a wide program in treating this disease, their Cancer Program which organized in 2006 has a unique mulitadisiplinary team that knows how to approach this kind of concerns.  they also applies innovative diagnosis and treatment based on the patient’s profile and history.

At the said launching, we were given tips by this experts that it is best to know early your desease rather than late, this technologies and with medicine of science, we can still survive the changing world. Some early signs such as having blood on your fecal, having nonstop cough or asthma, blood in the phlegm, loss of appetite and losing weight, are some symptoms that you may consider visiting a doctor and know how you can prevent it as early as possible.

For more information about The Medical City’s Center for Cancer Care and Research, you can reach at Telephone number 988-1000 or 988-7000 ext. 6214.  Or visit them at Ortigas Avenue, Pasig City, email them at mail@medicalcity.com.ph or check their website www.themedicalcity.com .