By Grace Z. Abonillo - June 01, 2015
Honda is taking its dominance in the scooter market in the ASEAN region to the Philippines. The world’s No. 1 motorcycle manufacturer since 1959 could not have picked a better product to reiterate and reinforce its market leadership in the Philippines with the roll out of its New Generation BeAT-FI eSP Series scooter. 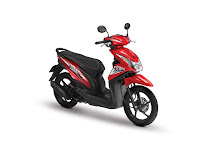 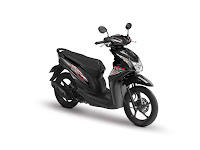 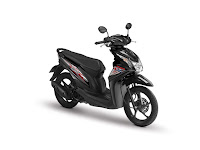 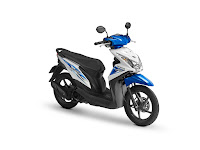 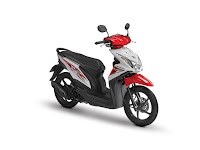 Dubbed as the ‘Scooter for All,’ the New Generation BeAT-FI eSP Series reflects a major leap in the development of the BeAT scooter this year after its previous models have lorded over the ASEAN markets in the past years.

Daiki Mihara, President of Honda Philippines, Inc., is highly optimistic of the potentials of the New Generation BeAT-FI eSP Series in the local scooter market.

The New Generation BeAT-FI eSP Series has been especially developed for the Philippine and Indonesian markets in 2015 and serves as the latest iteration to the BeAT scooters currently doing well in both countries. The new scooter is actually a big jump to a whole new level from features of the groundbreaking BeAT Carb in the Philippines and the best-selling BeAT PGM-Fi in Indonesia.

According to Elie Salamangkit Jr., Product Planning Manager of Honda Philippines, the New Generation BeAT-FI eSP Series is banking on its class-leading fuel efficiency, the Honda exclusive and industry-pioneering technology, stylish and sporty design, better utility, and affordability that is expected to strongly appeal to a wider market base, to immediately make its mark in the local scooter market.

The eSP in the New Generation BeAT-FI eSP Series means enhanced smart power, which is an advance engine technology that combines high power and high fuel efficiency with a quiet start and smooth eco-friendly engine. The technology enables the efficient combustion of the engine as well as minimizes friction thereby reducing waste. It optimizes energy output too. eSP technology is integrated with the unique Honda ACG starter to ensure that once the rider starts the engine, it would be jolt-free. It also supports the application of another advanced and exclusive Honda feature known as the Idling Stop System (ISS).

Combining these features with the exclusive and industry-pioneering Honda Smart Technology, and the Japanese motorcycle company has come out with the so-called ‘Scooter for All.’

Honda has been a dominant force in the global scooter market for quite some time already. Subsequently, it started making its presence more felt in the Philippines by launching technologically advanced scooters with extremely remarkable performances beginning with the roll out of the Zoomer-X in December 2013.

At the time of its launching, the Zoomer-X was the first scooter of its kind not only in the Philippines but in the world because of its unique design which is why it was dubbed as the ‘Unique Scooter.’

In February this year, Honda Philippines made another groundbreaking move in the industry by launching the Honda Click125i sporting an exclusive and pioneering technology, premium features, and futuristic design that really took the local market by storm and nearly had every scooter enthusiasts craving to own or at least drive one.

Now it has become quite apparent that Honda Philippines is not done yet with its sustained efforts to revolutionize the growing scooter segment of the Philippine motorcycle market with the launching of the New Generation BeAT-FI eSP Series, which it fittingly calls the ‘Scooter for All!’

The New Generation BeAT-FI eSP Series is actually a small brother yet compact and sporty iteration of the Honda Click125i so majority of the premium and modern technological features as well as futuristic and sporty design of the Premium Scooter including the Honda Smart Technology were actually adapted by the Scooter for All. The only major difference is the engine displacement.

The New Generation BeAT-FI eSP Series, with superb performance, can accelerate from 0 to 200 meters in 12.6 seconds and has a top speed of 94 kilometers per hour. In addition, it is also an environmentally-compliant scooter and is in fact several notches better than the very high Euro 3 emission standards.

Honda has also maintained its trend-setting safety and security features in the New Generation BeAT-FI eSP Series including a secure key shutter, a side stand switch, park brake lock, automatic headlight on (AHO), and the combi-brake system.

In terms of utility space, the New Generation BeAT-FI eSP Series has a larger utility box that is capable of accommodating 11.2 liters worth of personal items or safety equipment.

Most importantly for scooter enthusiasts and consumers, the New Generation BeAT-FI eSP Series is actually more affordable with its expected market price of PhP66,900 for its standard model and PhP69,900 for the CBS/ISS variant.

With the emergence of the New Generation BeAT-FI eSP Series from Honda, local scooter enthusiasts now has a freedom of choice from three modern and excellently performing scooters including the Zoomer-X and the Honda Click125i.

Honda is certainly giving every scooter enthusiasts in the Philippines the perfect opportunity to finally unleash and let their beat out with the New Generation BeAT-FI eSP Series. If the Scooter for All is already quite impressive on paper, riders will eventually find out that it is certainly worth all the hype when driven on the road. #