Jurrasic World, will let you dream and live with the Dinosaurs. 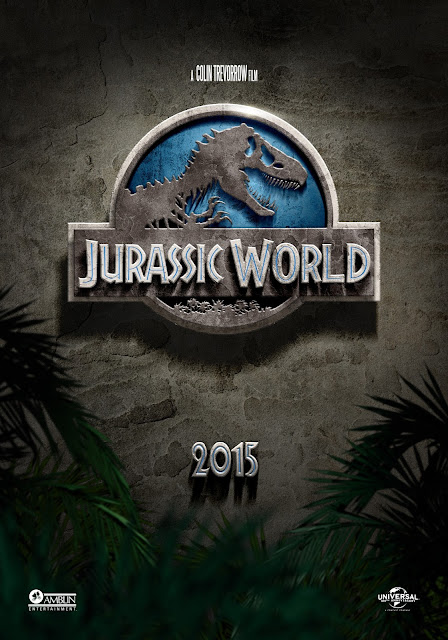 Presented by WhenInManila, PMCM and Resorts World Manila, a private VIP screening of Jurassic World was held at the NewPort Mall on the 10th day of June 2015. The event coincides with the worldwide release of the fourth installment of the film series. Bloggers and members of the press experienced the raging and roaring dinosaurs of Isla Nublar at the Ultra Platinum Cinema known for La-Z Boy seats. Sponsoring the said block screening were The Tannery and OKF with media partners Business Mirror and Light.
Looking Back On The Park

Entering And Experiencing The World
Jurassic World is a sequel of the Jurassic Park film series and was highly anticipated by moviegoers around the globe, the creative team spent over a decade in production due to multiple script revisions. WOW! Jurassic World, was the second film of the blockbuster series which was not directed by the Academy Award winning director of Schindler’s List and Saving Private Ryan, Steven Spielberg, where he acted as a producer. Colin Trevorrow, an American screen writer and film director was hired to direct his third film of his entire career. He barely directed and in fact, he will be known because of Jurassic World. Directing a classic and previously successful blockbuster series was a mark that Trevorrow, must maintain or even surpass, and he didn’t fail on that. In the film, there were shots that were very Spielberg like and even repetitive camera angles and shots that we saw from the previous films, like the Isla Nublar, the introduction shot of Jurassic World and the so many close up shots of Indominus Rex sensing and smelling, these were signature shots from the previous films. Or should I say that Spielberg directed those scenes? The idea of having the Indominus Rex not to be shown in full at the early part of the film was a pro, from body, to staring and to the raging face.  Those shots were used to establish the character of this new genetically hybrid creature.

John Schwartzman, the man behind those stunning and spectacular images did a beautiful masterpiece both artistically and technically. He was also the director of photography for The Amazing Spider-Man, The Rock and Seabiscuit, so you can see why?  The music of Jurassic Park was just one of signature scores of the so many films that John Williams did from the past  (Star Wars series, Jaws, E.T. the Extra-Terrestrial, the Indiana Jones series, Close Encounters of the Third Kind, Superman, the first two Home Alone films, Hook, the first two Jurassic Park films, Schindler's List, Saving Private Ryan, the first three Harry Potter films, Catch Me If You Can, Memoirs of a Geisha, War Horse, and Lincoln). Always remember, whenever Steven Spielberg directs, John Williams has to be in charge of the baton. And even though Michael Giacchino provided the music in this current installment, the score was soothing, moving, mesmerizing, intensifying and surprisingly beautiful.  Giacchino, an American-Italian composer and an Academy Award and Golden Globe nominee, also gave us scores for Mission: Impossible III, The Incredibles, Star Trek, Star Trek Into Darkness, Cloverfield, Ratatouille, Up, Super 8, Cars 2, 50/50, John Carter, and Dawn of the Planet of the Apes.

The movie was deemed to be totally different from the three previous releases, at least that’s what the producer wants to establish. The plot and the manner that it was written, directed and executed on the screen has some sort of identical themes, conflicts, scores, cinematography and camera shots.  The location of the film speaks itself, the jeeps were there, the laboratories were there, men and women of science were there cloning, mutating,  creating hybrids, genetics and evolution.  These things were actually on the previous films. The creative team just gave us an updated and advancement in the field of science and technology about the dinosaurs of the Jurassic World.

Regardless, this film is a must see for all ages. This movie will let you dream, experience and live in the new theme park of the dinosaurs of Jurassic World