THE City of Puerto Princesa is about to experience a total party with immersion of media arts and cultural appreciation, this is for the three day event of  ISDA REVOLUTION, a three day of workshops on making videos, writing songs,  and other social media  content, and of course it includes three nights of parties.  The scheduled event is taking place on July 3, 4 and 5, 2015. 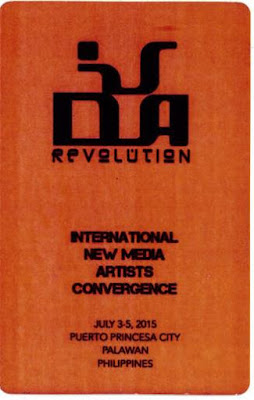 On a press conference last May 22, 2015 at Hotel Centro,  Ploning film maker Dante Nico Garcia, founder of Isda Revolution announce that this ambitious project will cost around P1.8 Million including bringing in artists from Manila to be the facilitator of different workshops they will offer.  But the most significant is the request of Garcia’s group to the City Government, to close for three days the world renowned Puerto Princesa Subterrranean River or known as Underground River.  This is for no reason at all but to highlight their thee day event, however Garcia’s group is ready for any consequences they will face once their request is granted, especially for tourist who book their tour within those days and from the local operating businesses for Underground River.  The said plan is also back up by Ian Bacuel of PPUR Office, who also present during the presscon as support to the said revolution.

The workshops offered are still updating as of this writing, and they are open to other request in case.  Among expected artist that will conduct workshops are Palanca awardee Nicolas Pechay, OPM Singer Dong Abay, and former Miss Saigon Ima Castro.

The three day events will culminate in the following places like Hotel Centro, Casa Nieves, Microtel and in City Coliseum. Garcia also said that they are going to feature some EDM style of party in the the 3 nights of party that they offer.
A card to be a member with reloadable benefits is now available with ISDA. You can reach them at facebook www.facebook.com/IsDaRevolutionPhilippines, @isdarevolution on twitter & Instagram or email them at isdarevolutionphilippines@gmail.com .

Below are the schedules of activities. 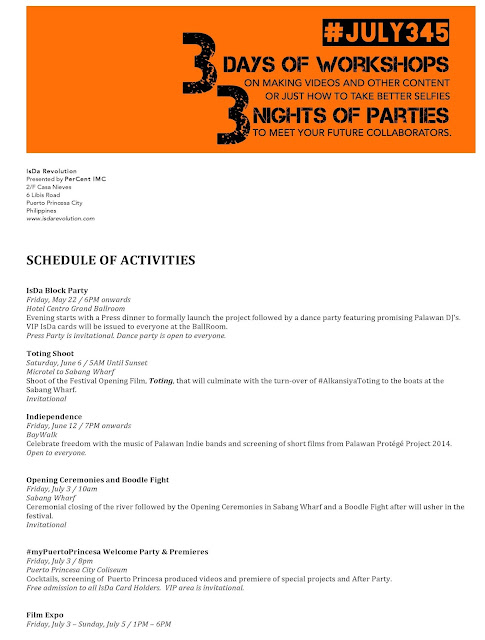 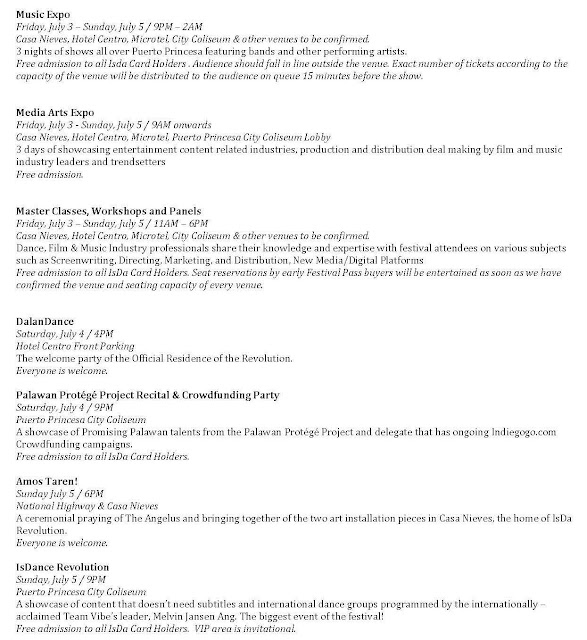 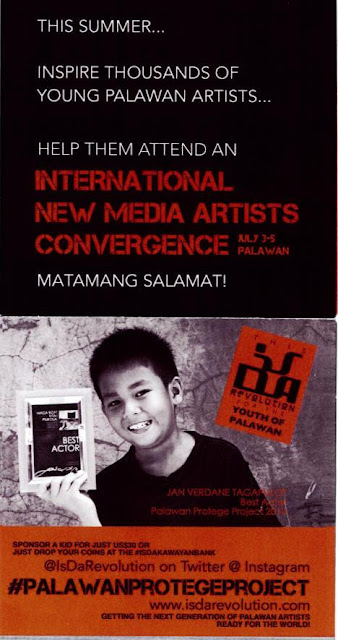