By Grace Z. Abonillo - July 13, 2015
The Movie and Television Review and Classification Board (MTRCB) imposed strict measures and closer collaboration with ABS-CBN Corp. and SkyCable Corporation as a result of the mandatory conference held Thursday. The conference meant to address various issues and concerns regarding the protection of the welfare and development of minor “housemates” in the television program “Pinoy Big Brother (PBB) 737” (and as regards other concerns about self-regulation). 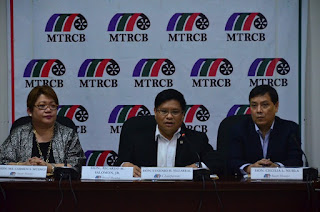 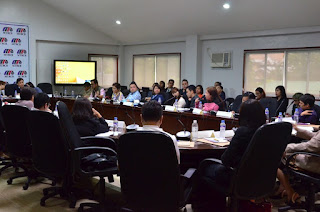 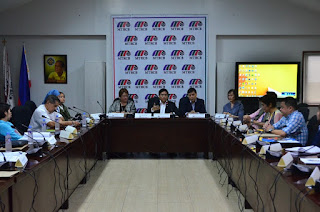 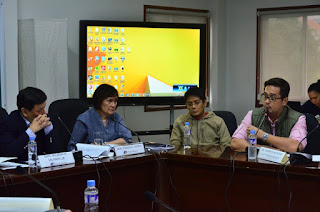 Such issues and concerns were covered by the Board’s 03 July 2015 letter sent to said entities alleging complaints or feedback coming from some parents as well as the National Youth Commission (NYC) in regard to, among others, the cable 24/7 version of the program and its regular free TV version over Channel 2.

Earlier, the Board also sent a letter dated 29 June 2015 asking ABS-CBN to attend the 09 July 2015 conference to consider measures on how best to protect minors in regard to the said program. Serious feedback coming from both the private and public sectors prompted the Board to incorporate into the mandatory conference consideration of overall theme and scenes placing minors in situations tending to compromise their naturally fragile personalities and for the entities concerned to explain their side.

Also in attendance were different resource persons who also wrote to the Board their concerns over the program: Dr. Zandro G. Rapadas of the U.P. College of Mass Communication and Ms. Arlene S. Lacson.

In addition, various resource persons were also invited to share their inputs and expertise to help and guide the Board and the summoned entities to come up with appropriate and comprehensive self-regulatory and remedial measures to address concerns such as mature or adult language, huddling close in bed, the lack of adequate adult supervision, to name some: Hon. Earl P. Saavedra, Commissioner of the National Youth Commission; Hon. Delia Hernandez, Executive Director of the National Council for Children’s Television; Hon. Patricia Luna, Executive Director of the Council for the Welfare of Children; Ms. Irma Valiente, Ms. Norline Jacobo, and Ms. Maribeth Casib from the Department of Labor and Employment-National Capital Region; Attys. Ryan Jeremiah Donato Quan and Jamie Ann Reyes of the Ateneo Human Rights Center; Dra. Georgina Gozo-Oliver of the Philippine Psychiatric Association; Sr. Ma. Consolata Manding, FSP of the Daughters of Saint Paul; Ms. Ma. Patricia Boton; Ms. Christine E. Gomez; Director Jose Javier Reyes; and psychlogist Fr. Filoteo Mangulabnan, S.J..

In an opening message, MTRCB Chairperson Eugenio Villareal addressed all participants, stating that the subject matter of the conference is beyond the show PBB 737 but is more importantly about the welfare and value of children and the family. Chair Toto also appealed for openness and initiative of all participants as he noted that we are all formators and educators and that we want our children to be people with character.

Different issues and concerns were addressed during the conference especially on the aspect of cultural sensitivity and how the show addresses the vulnerability of the minor housemates – which even include a 12 year old boy.

NYC Commissioner Saavedra addressed concern over the supervisory role of PBB 737’s “resident psychologist,” especially on the issue of sexual preference as well as the over-all psychological and moral development of the housemates.  On the matter of the program’s targeted young audience, and citing an NYC report, Comm. Saavedra stressed that the portrayal of modern identity of Filipino youth is important especially that media has great impact to young people and that TV is a major source of information.

Resource persons from AHRC, DOLE and CWC asked if the show has protective mechanisms in place for the minors and if there are interventions for parents.

Veteran director and academician Joey Javier Reyes raised concern over the lives of the minor housemates after PBB especially in regard to stigmas and seemingly bad reputation that may plagued some housemates as a result of social media. Director Reyes then stressed the important role of media in protecting the lives of the children, making the media the new “Babaylan.”

ABS-CBN and PBB responded to all the issues and concerns raised by the resource persons and were very open to the suggestions made by the participants. ABS-CBN TV Executive Laurenti Dyogi told that they are mindful of their responsibility towards the housemates and have regular assessments of the show and that the housemates are undergoing regular sessions with the team and their psychologist.

From the long discussions and careful deliberation, MTRCB will now work closely with PBB 737 until the end of the show by imposing specific actions and guidelines to ensure that the welfare of the minor housemates are of utmost importance.

MTRCB has required both the network and the cable company to institute remedial and self-regulatory measures to ensure the protection, welfare and development of all participants of the show. This is also to make sure that housemates will not be engaged in activities and tasks which may be hazardous to their life and safety. Relevantly, the management and production team, with legal counsel, were active in contributing to the remedial measures contained in the order issued at the end of mandatory conference.

All story editors are required to undergo a Matalinong Panonood and audience-sensitivity seminar to be conducted by Chairperson Villareal on a rotational basis every Thursday at the MTRCB office.

An advisory at the beginning of each episode must be placed stating the following: “This program may contain sensitive material. Viewer discretion is advised.” Further, starting July 10, the classification rating of PBB 737 Gold will now be SPG with at least descriptors pertaining to “Theme” (T), “Language” (L), and “Sex” (S).

And to address the needs and vulnerabilities not only of the participants but also the audience, a comprehensive “closing-out” discussion by a subject-matter expert after the completion of every task or challenge in regard to the precise lesson, learning or virtue to be imparted shall be implemented. This is actually a reiteration of a best practice of policy formulated and tested after the so-called “Nude Painting” controversy during the last PBB season.

The MTRCB thanked all participants in the mandatory conference for their initiative and cooperation.◘
~•~