By Palawanderer - July 03, 2015
The premiered productions of Red Turnip Theater, is having the biggest produced play this coming July via “33 Variations of Moises Kaufman, it will open the third season of Red Turnip after their much talked past projects such as Closer and Cock, Rabbit Hole and Time Stands Still.

33 Variations will be staged in Whitespace in Makati City starting July 24 and runs all weekends until August 23, 2015. Movie and Stage actress Shamaine Buencamino will lead the cast as Katherine, the mother of Clara that will be played by Ina Fabregas. Teroy Guzman is playing Ludwig Van Beethoven.

It’s a story of Mothers and Daughters whose life are interconnected with Diabelli variations, a music masterpiece of Beethoven. Jenny Jamora will direct the play and give meaning to this2009 Broadway hit. “It’s a play with music, it is written with variations intersperse with the scene as well,  Jamora said.

Other cast are Paolo O’Hara, Rem Zamora, Roselyn Perez and Franco Chan. It is the first time Red Turnip incorporate music, and it will be played live via Piano, by Ejay Yatco, a winner of 2013 World Championship of Performing Arts under Classical Piano category.  Lighting Design and Technical by John Batalla, Set Design by Ed Lacson, Jr, Costume Design by Raven Ong, Sound design by Teresa Barrozo, Choreography by PJ Rebullida and Dramaturgy by Mahar Mangahas.

“It is the biggest cast so far, now we have eight actors, this play have live music, has an element of period in it. So we are going to recreate those scenes that Beethoven is composing”, Added by Jamora.

It is co-presented by Whitespace, Lyric, FILA and PLDT. 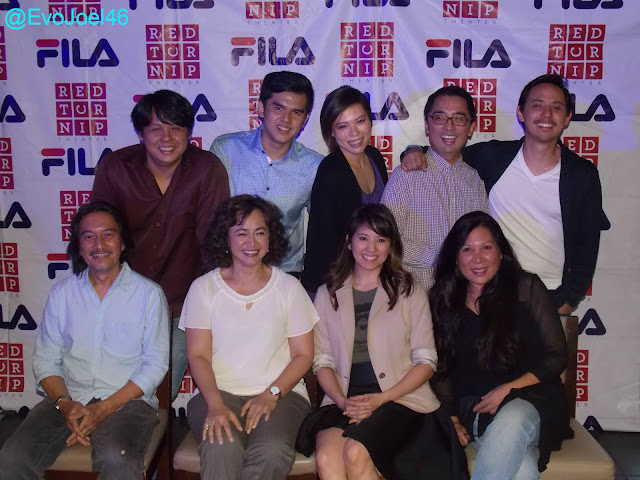