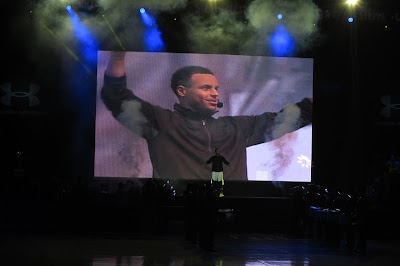 The UA ROADSHOW MANILA was held at the Mall of Asia on September 5.  It was Steph Curry’s second stop in a 5 day Asia roadshow.  It was also part of promoting his new signature shoe, the Curry Two. The event was hosted by Andrei Felix, Gretchen Ho and Bea Fabregas 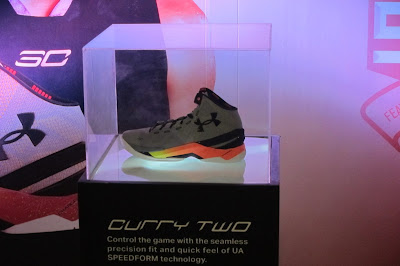 It started with a shootout among kids who were chose from the audiences.  The kid who won the shootout took whom a clutch fit UA rubber shoes.  it is also a star studded event wherein local celebrity and UA ambassadors are present, such as Basketball aficionado and Teen King Daniel Padilla, JC Devera, Jasmin Curtis and a lot more. 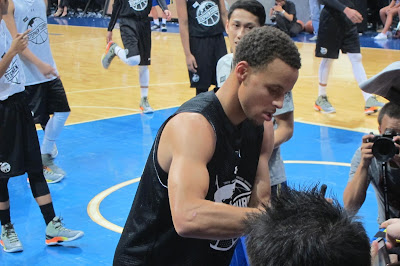 Kevin Plank, the Founder and the CEO of Under Armour was also present at the event.  His wife being a Filipino made him to choose Manila as one of the stops of the roadshow.

And of course the showstopper, Stephen Curry, the 2015 Most Valuable Player and NBA champion had a grand entrance with an entrance song, “The Champ is Here!”.  This was the first time I saw an NBA superstar here in Manila.  The experience was extra special because it was also my birthday. 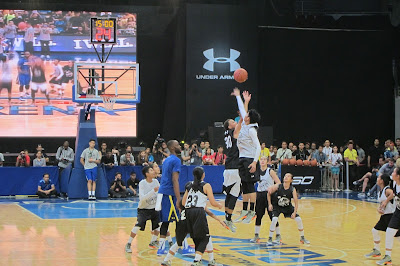 The Champ conducted basic basketball drills with some High School varsity players.  There was also a 3PT shootout which of course won by the MVP.

The Champ also had a 15 minute running time scrimmage with these lucky high school players. 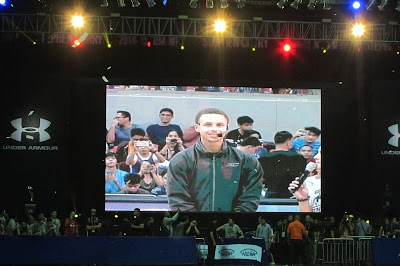 We rarely see him dunk so the host requested him to dunk and he did a two-handed reverse dunk.  And the crowd went nuts!