Chuva Choo Choo, The Mr.Kupido Musicale, will make you sing and laugh at heart..

By Palawanderer - October 01, 2015
The newest Original Filipino Musical Play is born, the Chuva Choo Choo, the Mr.Kupido Musicale featuring the songs of Vehnee Saturno will make you sing a long after watching, plus the laughter at your hearts is a roar amidst all your problems. This play will make you realize that Saturno’s contribution to Original Pilipino Music is really a legend, a name that many generations of Pinoys grow up singing all his hits.

Chuva Choo Choo start with the story of two sisters and plus one friend whom they consider a family as well, they are used to join singing contest and ended up losers, until they witness a crime wherein they have to go somewhere and hide, but fate has another plan for them and fame is just a foot away. A love story, a gay bar turn comedy bar is the instrument for the sisters to achieve their dreams. 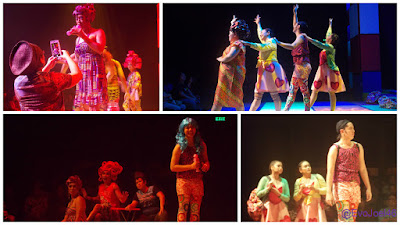 International musical theater actress Joanna Ampil play Dina while The Voice Philippines finalist Morisette Amon play Darla, the singing prowess of this two ladies is in no question, they both give it with flying colors, but it was surprising to see Amon doing comedy act on which she really nailed it with good timing, especially her scene with Zandro, her love interest in the story that gives a light kilig to the audiences.

But I must say that Via Antonio doing multiple roles is such a hit, her delivery is really a joy on stage, she almost have six different roles in this play with all the changing costumes needed as well. Edward Benosa as Zandro is an eye candy, his cuteness on stage is a plus factor for this play. 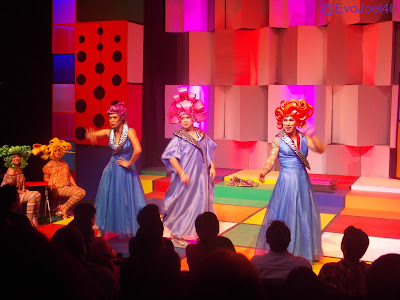 The songs like Sana Kahit Minsan, Bakit Pa, Forever Is Not Enough and others really make you go to Videoke and birit one more time after watching it, of course if those songs have meanings or value to your childhood or ex-flings is another story to tell. 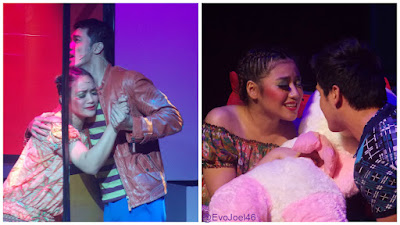 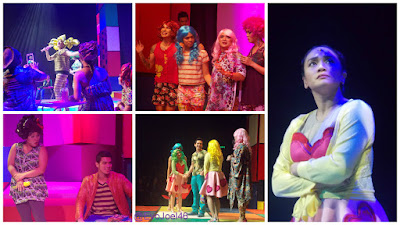 Mr.Kupido has a limited run for this year at the newly built Power Mac Center at Circuit Makati, the new heaven of play and commercial center develop by Ayala land, but they will be back for second run in January 2016. 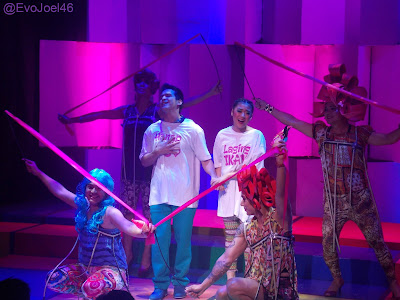 For block buy, sponsorships and out of town shows, you may contact Alvin Trono at Alvin.trono@gmail.com or call 09177957273.