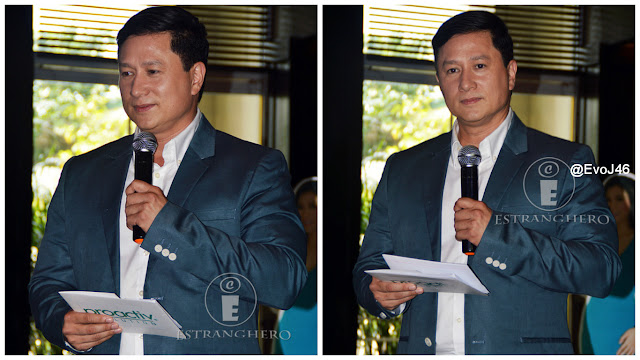 MULTI-TALENTED Actor and Director Eric Quizon is still keeping his late father legacy in manning the Dolphy Foundation, wherein different events and program happen in honor of the former King of Comedy in the Philippines. In the past they tie up with Mowelfund for some medical missions and jobs fair, but as of the moment they are concentrating on the scholarship program, there are about 15 College graduates in total and at present they only have one in school.

“We are trying to work something out, but right now I’m too busy so it’s just the scholarship. Supposedly we have three pero yung isa nagtanan, yung isa nabuntis, college etu, kaya lang may ganun and wala na ko magagawa.” Quizon said.

Quizon also gives 100 % support to his former stepmom, the singer and actress Zsazsa Padilla who already found a new love and soon to be tying a knot, he stress that the whole Quizon clan is supportive of Zsaza on this, “If that will make her happy I’m happy for her.” Eric added.

Eric is now directing the afternoon soap “Pasion De Amor” in ABS-CBN and that make him so busy at the moment, but he still manage to add to his busy schedule directing Alex Gonzaga on her TV commercial for Proactiv. He still wishes to act again on TV or in movie soon but he want to focus first to his current status which is directing a teleserye.

“I still do kaya lang I am so busy doing Pasion (Pasion De Amor), busy with real estate and I also work in Hongkong pa, and I have a PR firm pa, andami lang.” Quizon said.

Besides his busy schedules Quizon is also updated with the current trend in Philippine TV and even in social media, he is aware how the Aldub phenomenon takes place in noon time TV viewing, and he has no question about it. 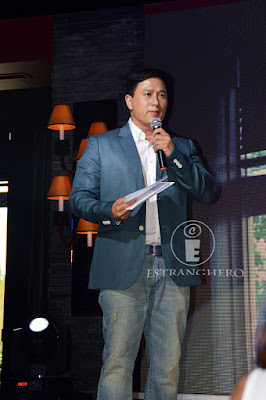 “It is a phenomenon, I can argue with success, it’s something new, something different kaya people are watching it, you can’t question that, sometimes you will think why, how or mababaw pero that’s what people make happy” Eric lastly added.

Eric serves as the event host of Gonzaga’s launch as Proactiv endorser last Sept 29 at Buddha Bar in Makati. (Photos by Jayson Pascua.)