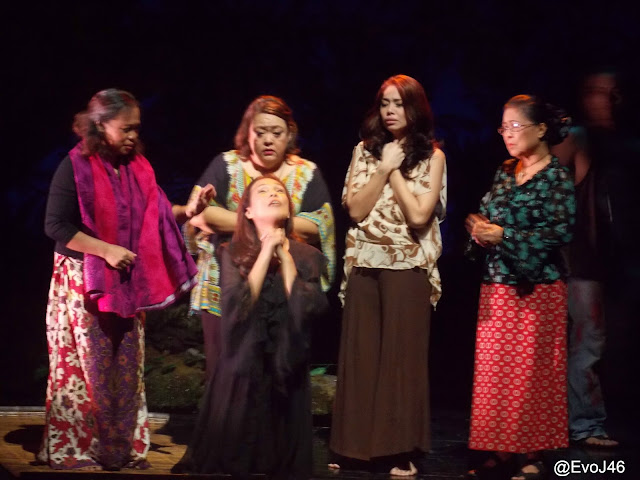 Kanakan's "Mga Buhay na Apoy" deserve its award in the Don Carlos Palanca Memorial Awards. A literary masterpiece, every line delivered by the actors is a portal to the world that is simply Kanakan. Just by simply listening to the lines delivered while masterfully accompanied by the music of Diwa De Leon, it's like you are being transported i. the mystical world of Palaw'an. The text was very rich and colorful. As the director, his vision was made even better by the wonderful performance of the ensemble and the grade A execution of the technical and production staff.

I suggest however that you don't close your eyes, for the set design itself is a marvel to look at. The giant tree in the middle of the stage is like a gateway waiting to be opened. The luncheon table was set with different chairs, each chairs we're like a representation of each of the characters. You get the festive mood the set is trying to send off, which is a good contrast to the dark secrets the play holds. The staircase provides a good balance, hearing that the set is based on real life, makes you realize just how interesting the playwright might be in real life. 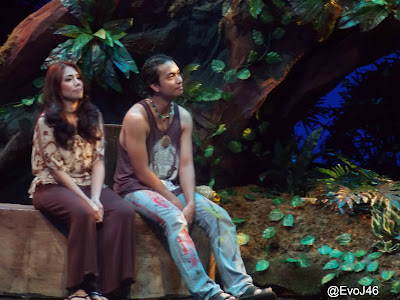 The lighting design of Dennis Marasigan in this play was awesome. Initially, there we're moments were you would feel that a little more push on the lights console would push it even further and make the narration even better, but as the play progress you would realize the lights were perfect, just enough to highlight the actors during their moments in the performance. The area lighting of Marasigan proved to be an invaluable tool to forward the vision of Kanakan. 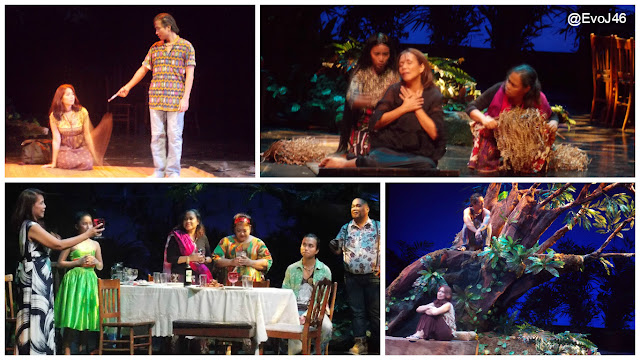 Irma was wonderful, it would be no surprise if she would get some awards or recognition for her performance. Her landmark scene came late in the middle of the second act. During the moment where she was in a trance. She was ably supported by the ensemble during this scene. You could see, hear and feel the beautiful nightmare that was unfolding before your eyes.

However the performance was quite lengthy. The 1st act, though it was important to lay down the history of the characters, feels like it could still be made tighter. Though I would understand if the writer would not edit the scenes to make it faster, but if the production would like it to be more appealing to the younger generation (which i believe it should, for the cultural value of the presentation would make every filipino, not just the Palaw'ans, proud of their cultural identity). 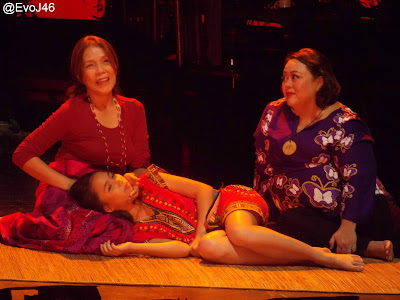 In closing the message of the performance that all of us are caretakers of our culture, that all of us should do our part in preserving our heritage and history is important. That our past should be accepted even if it is very painful. For it is only in moving away from the shadows of our past and accepting our truths will we be able to shine the light that we all hold.

We should all watch the performance. Kanakan's Mga Buhay na Apoy is what this generations needs. Reminding all of us that we have that living flame in our hearts and soul. That we should keep it burning, that we should cultivate that fire and make it grow, let it engulf us and show the world how bright we all could be.
Words by JP Lopez, Contributor.
Photos by Evo Joel Contrivida.
Philippine Play Tanghalang Pilipino Theater Theater Play about Palaw'an Theater review