Diana King and All 4 one, in one night. 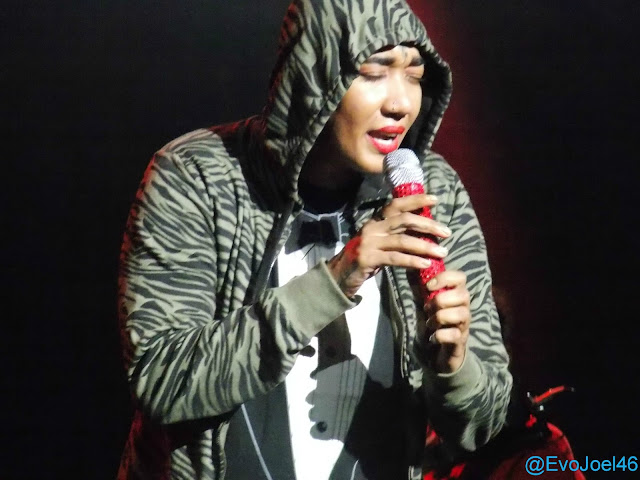 Of course I didn’t say no when I got invited by a friend to watch the Diana King and All 4 One concert, held last Oct 28, 2015 at the Newport Performing Arts Theater of Resort World at Pasay City. These two are one my many icons of 90’s that I really wish to see on stage.

Diana open the show, you will feel the mood of her beat and all out belting that reflect how excited she is, Diana is not new to Manila, she’s here 5 years ago, she’s turning 45 now and she’s still the Diana King we saw on those old videos, still can make you dance to your feet through her reggae fusion music.
On her spiels, Diana shared a lot of stories to the almost full audience on a Wednesday night, one of it is the song “Treat Her Like a Lady” that she allowed Celine Dion to revive it, she declare that she love Celine and appreciate it her version, while the song “Love yourself” according to King is written for her sister, that later on it became personal to her to the point that she did ask herself that she need to love her own as well. She also sung some soundtrack favorites such as I Say a Little Prayer, and Make My Body Hot from the 1998 film How Stella Got Her Groove Back.
Diana in almost half of her show didn’t take off her hoodie to think she’s all in sweat, but down to her last two songs she reveal that she’s now with a new hair style, and then she remove her hoodie to show her new skin headed look. After Manila Diana said she is moving to India for another show.
Diana all in all did some 12 songs and really make the crown dance to her hits such as Shy Guy which she did two versions, the original and a remix one. Before bidding goodbye Diana thank President Benigno Aquino, who she said that is watching somewhere in the audience, she admit that she is a fan of Pres.Aquino and so happy to be able to meet him personally.

Unfortunately we didn’t saw Pres.Aquino in the audience as we search the whole theater, maybe he is in disguise or probably in a private area somewhere inside the theater.
After a 15 minutes break, All 4 One open their set with I Can Love You Like That, their second memorable hit, and they greeted the audience by saying hello we are from Los Angeles, this American R&B group is made of four members namely Jamie Jones, Delious Kennedy, Alfred Nevarez and Tony Borowiak.

On theirs spiels, the group said that they are still the original All 4 One we know way back 1993,  22 years ago, all original members, and they just released an album entitle “Twenty” this year containing all new songs including Chariot, their newest single. The blending, and harmony of their voice still doesn’t change after all, especially when they did their original “I Turn To You”, that makes most of the audience including me almost teary eyed, they maybe gain weight or looks daddy now, but the talent is still there.

They also sung an old classic song “So In Love”, that according to All 4 One is the main reason who they are now, that’s the first song they sung as a group and was noticed right away and ink a recording contract in the States. 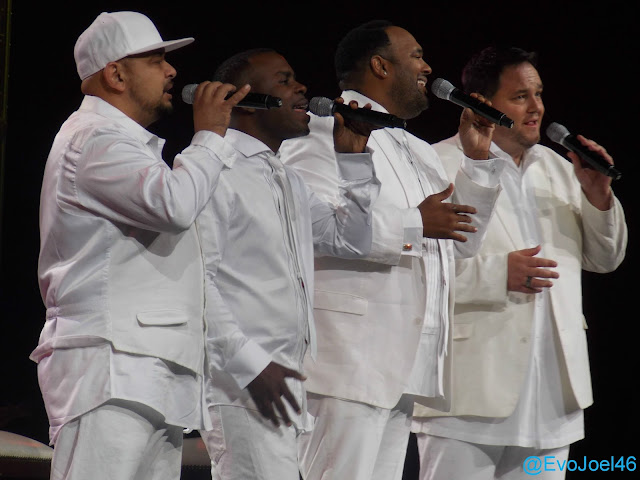 The Christmas in October part is my favorite, wherein they sung Christmas medley all in acapella, that part is such a goose bumps for all hearing all their voices in unison, majority can help giving them applause after that, so lucky to witness that part perform by All 4 One.

In the Finale they also say thank you to Pres.Aquino, and in closing they perform their major hit, the I Swear wherein they sing and interpret it by doing sign language each in every lyrics of the song. They declare that Filipinos to them are the best, especially their back up band from Manila, the Pure Sound band whom they commission to accompany them that night and were able to pass their standard.

The All 4 One and Diana King Live In Manila is brought to you by Resort World in cooperation with Red Stone Productions.
Back to Back Concert Concert Entertainment Show