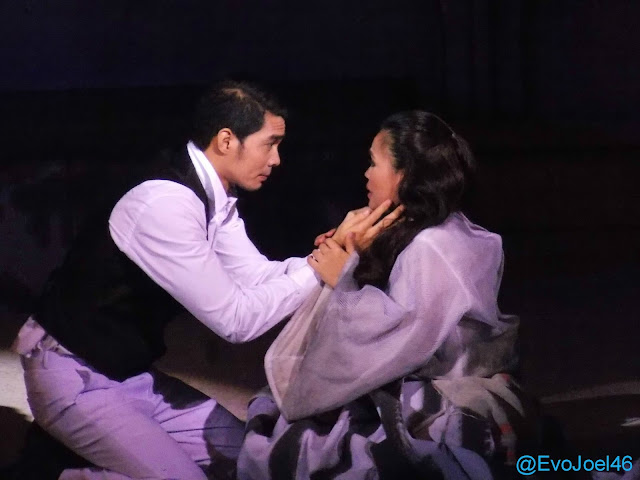 The Technical Theater Batch 112 of De La Salle- College of St.Benilde recently stage its major graduating production, the Paglayang Minamahal that open last November 12 and last until Nov 15 at the School of Design and Arts Theater. This theater program is comprised mostly of students taking Bachelor of Arts Major in Technical Theater of College of St. Benilde.

Paglayang Minamahal is a sarswela written and Directed by Palanca award winner George De Jesus III with the music of Jeffrey Hernandez.  Natasha Cabrera plays the role of Alodia, the barrio lass who fell in love with Mauricio, a rich ilustrado played by Jojo Riguerra. It talks about freedom from slavery that explores many levels of love usually through songs, mostly in authentic Filipino or Tagalog lyrics.  It is first written during the Philippine Centenial Celebrations in 1998 and won second prize in Sarswela category of Centennial Literary competition.  It was first produced as a stage play by Tanghalang Pilipino wayback 2000 by Chris Millado in Cultural Center of the Philippines. 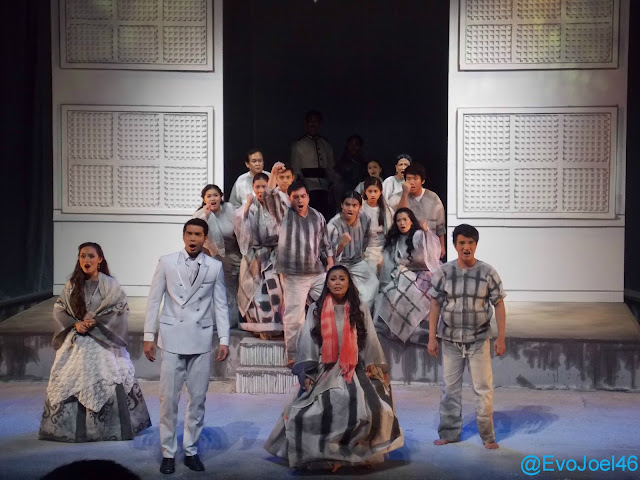 The almost two hours play offers new array of non-colorful visuals, black and white on stage thru the magic of lights, but some portion in second act shifts to a bloody one since it goes with the era of revolution and death as well. The big headed guardya sibil is also an eye candy on stage.

Kevin Posadas play the rebel Joselito, this former Stagers members have the face that captivate the audience, in this play I’ve seen him sing very well, I mean louder than the previous play he did with Stagers. But the most celebrated characters in this play are the one playing Lucia, the muchacha and his love interest Timoteo, all the comedy acts and punches were given to them so you can expect why the crowd loves them. 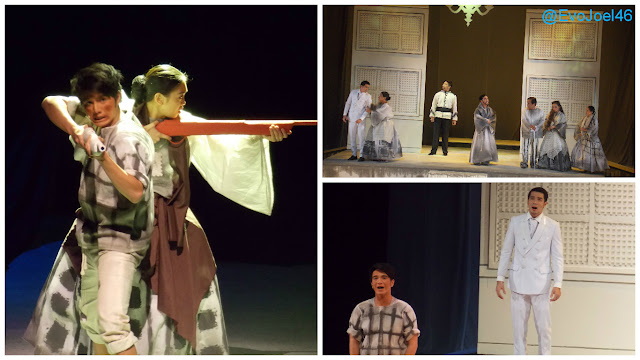 The set is also innovative that transport the audiences to the era of Philippine Revolution in 1898, and the costumes is also to die for, that you would think it is laminated and illustrates the whole  texture of the era they are representing. 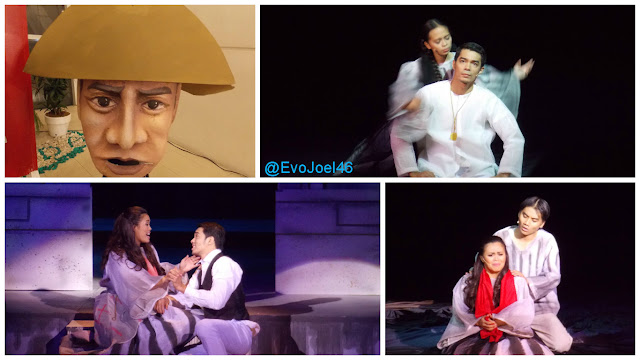 Technical Theater of CSB is a three year and one term course that trains students to become professional Production Managers, Stage Managers, Lighting Designers and Technical Directors. For more information check and Like on Facebook: facebook.com/PaglayaBENILDE .