The Me in This Is Our Youth. A Theater Review. 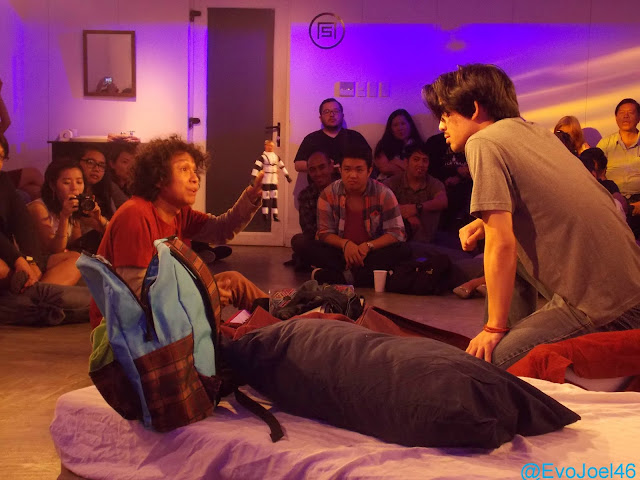 I entered an unusual space. With nothing but a bed and a 24 inch square TV on the center, a seemingly decorated bathroom and scourged fridge on both corners, the seemingly door entering a seemingly room, and table and chairs place horizontally against each other. I entered somebody else's apartment, transported to an era where there is a deliberate separation of the young generation from a post -hippie-youth; transported to a place where the liberals are powerful and the rich and wayward kids in the neighborhood hide their damnest insecurities through running away from home.

The people I usually called the “audience” were awkwardly seated on the floor, occupying the space provided for them, anticipating what will become of this play, anticipating their expectations of the characters they will see or plainly intrigued by this non-plot play from award winning playwright Kenneth Lonnergan. 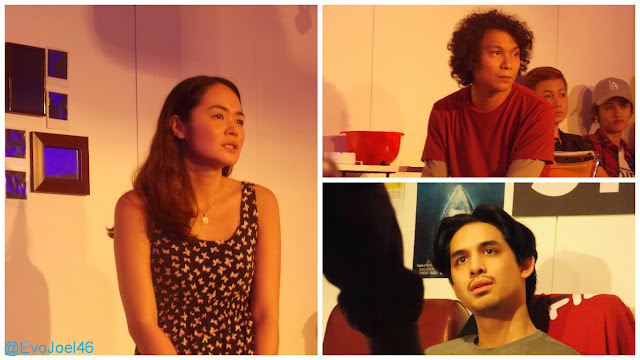 And then the invisible curtain opens, there enters a some 19- year- old kid, carrying a luggage of maybe an old collection of antique toys and other memorabilia of forgotten youth. On the other hand, the owner of the apartment, a young brute who is a master of throwing invectives at his friend, feeling the power of control over his friend's decision making and even his views on the world.

Warren, (portrayed by Nicco Manalo) is the teenager who ran away from home and from his abusive father and stole $15,000 from his father's overflowing piggy bank and decided to stay at his friend Dennis' (portrayed by Jef Flores) apartment who refuse the idea first, unrelentingly because the fear of Warren's Dad irate on him when he finds out that his son stole some money from him. The long rally of dialgoues between Warren and Dennis is rooted on their dillema-- What will they do about the money? Spend it? Hide it? Or invest it in the drug dealing activities Dennis is into. 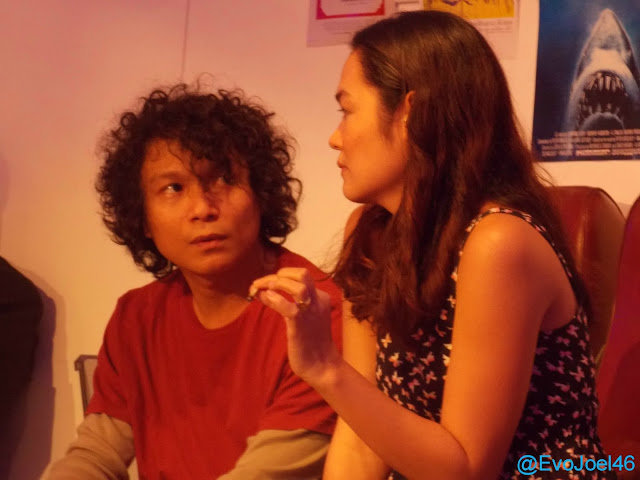 The play got even more interesting as Jessica (portrayed by Cindy Lopez), a fellow 19 year old girl, whose penchant for arguing make the best out of her and Warren, making Warren even more into her, entered the iconic apartment. To understand her, is like looking for a needle in the hay house. The misfits of being a young and adventurous is I think too much for her as she confronted Warren and the issues (or non-issues) bothering her. The seemingly romantic dance between these two characters ended up with an eyebrow raising scene... Oh girls! Oh these girls!

The second part of the play are mostly exchanges of fiery monologues between Dennis and Warren. These monologues are crucial. I gasped between air and chuckled out even more when Dennis over- emotionally gave a long litany of how stupidity is personified in Warren's existence when he spent a little over 12hundred bucks for just a girl and wasted bag-full of “coke” worth 17 hundreds. But the part where it hits me is when Dennis' excruciating outcry of fear of death. The litany agonizes the fact of his hidden insecurities and anger against his father and at the world. Warren, on the other hand, found his own strength and finally stand against Dennis. That 'you are my hero man,” hit Dennis hard, and cried while Warren is there watching him, lost at what was happening to Dennis. This scene was unforgettable to me.
When all the hype of the issues being thrown at us through a litany of monologues, the issues of the youth and overbearing demand of the world to see them through adolescence, the implication of the parents guidance over these wayward ones, drugs and sex and love which cause too much confusion as it cause too much complexities in their lives; the resolution of the never-ending questions of why, how where and what, lies in the surface of the play-that is when Warren said- He is going home.

How the heck did Jef Flores able to manage the over-demanding flush of irreconcilable emotions within? How did Nicco Manalo portrayed the sublime Whatever the answers in my questions could be, these actors supersede the characters they protrayed. They magnificently showed the prowess of the Filipino agility in acting as these three actors really made me believe that  I was in New York, in the era-of Reagan's supremacy, combating the same issues they face. Because while I was a spectator, I was there. I am in the play, I am not an outside element but a part of what was going on. The play talked about me and my gregarious youth. I am Warren, Dennis and Jessica.
This Is Our Youth is written by Kenneth Lonergan, directed by Topper Fabregas for Red Turnip Theater, below are the schedules November 20 at 8pm, Nov 21 at 4pm and 8pm, and Nov 22 at 4pm and 8pm. Venue is at A_SPACE GALLERY, 110 Legaspi St., (across Greenbelt 5), Makati. Tickets at P900 (comes with a drinksmile emoticon available at  https://www.ticketworld.com.ph/Online/thisisouryouth or call 891-9999. Email redturniptheater@gmail.com for more info.