Heroes Project New Year Countdown for a cause at Luneta,

By Palawanderer - December 31, 2015
Unknown to many, there is a silent group of selected Original Pilipino Music artist that advocating education as the best foundation in life, this is the Heroes Project PH wherein artist usually perform in a big audiences, and ask donations to send kids to school.

Mike Chan, one of the members of all-star quartet Sabado Boys along with Paolo Santos, Jimmy Bondoc, Luke Mijares and DJ Myke is spearheading the Heroes Project PH that started year 2011. In the past year they send kids to medical operations mostly with facial deformities, but in 2014 after a New Year Coundown show in Rizal Park at Luneta, they were able to send 20 students to school.  Chan is a nephew of Ben Chan of Bench company.

Some notable artist who’s been supportive of Heroes Project PH in the past are Barbie Almabis, Sitti, Nyoy Violante, Jason Fernandez and others.

This 2015 Heroes Project PH is aiming to have 40 or more senior high school scholarships, this is along with their partner private schools nationwide, and the campaign aside from different gigs is thru texting, wherein one text cost P10 each. All they have to do for all Globe users is text HEROES and send to 3456.

Aside from that, and all-star album is set to release early 2016 where the proceeds is also part of the project, one of the band who will donate one of their songs in this “We Are The World” titled album is Mojofly, Ali Alejandro , a member of the said band is present during the signing of contract with partner schools last December 1, 2015 at Quezon Buffet Restaurant. 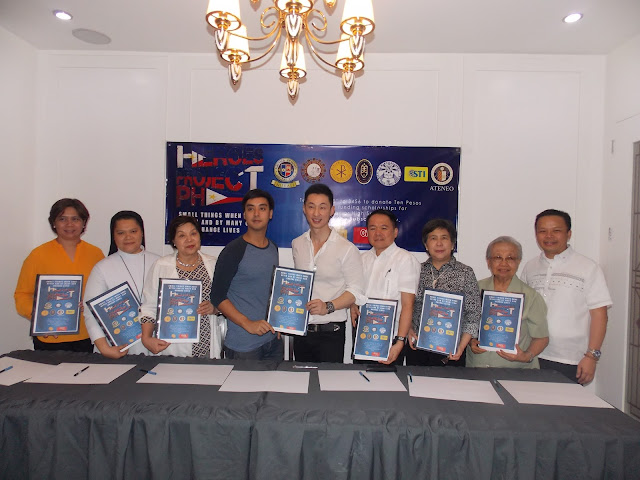 Chan clarify that they are not a group or an organization to be called for, they are just helping individually as a team. They are also open to some artist who wishes to join them especially this coming December 31 in a New Year’s countdown again in Luneta.
for a cause concert. For A Cause project New Year Countdown Manila 2016