JB Music needs you to sing for your shopping spree. 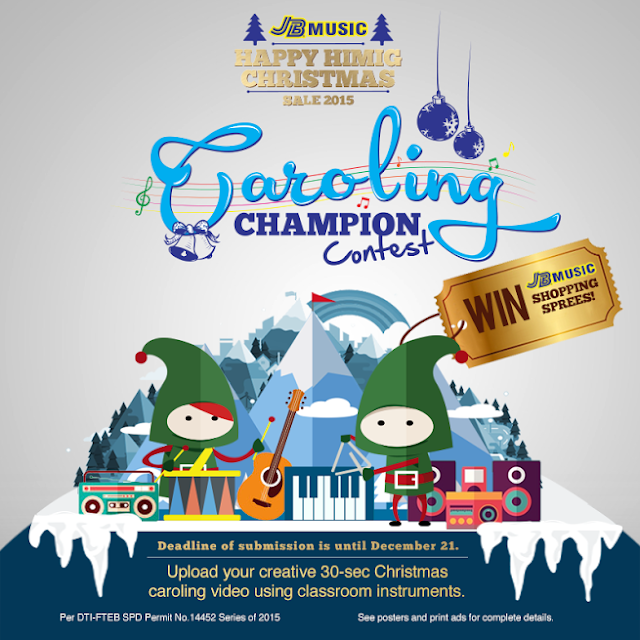 Nothing can stop Christmas, and when we say Christmas, it’s also shopping time, that’s why leading music store in the Philippines, JB Music Audio Solutions already open their Happy Himig Christmas Sale 2015 in all of its branches.

And to make it more exciting, JB Music announce the newest video making contest showing your best doing Caroling, but in a level up style with matching using of any musical instrument carried by JB Music, of course the 30 sec video must be creative enough for at least 3 member or a group, see below mechanics. 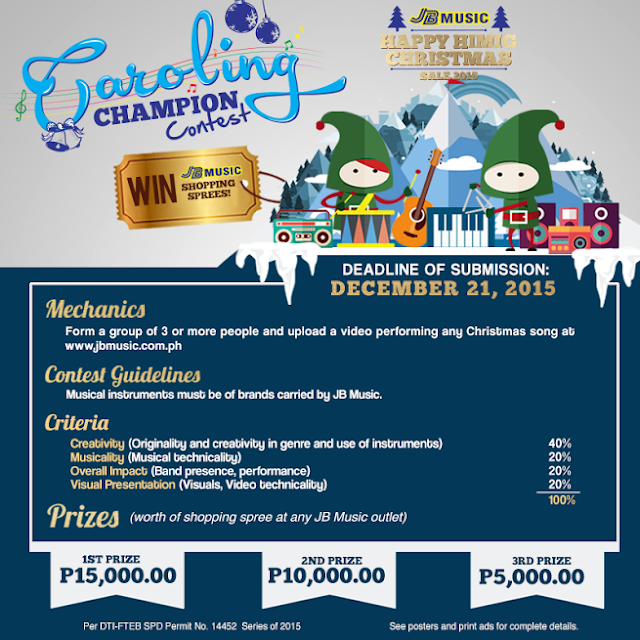 Manahan also inform us that judging for this is not just base on likes and share during the promo duration, JB music management will consciously deliberate for the winner after much scrutiny that all who will join pass the mechanics implemented.

“This will be done in a honest we can, it will be a deliberation between JB Music kung sino ang pinakamaganda.” Manahan added.
We are fortunate enough to be invited and witness the shoot for come on campaign videos of some notable OPM artists and band that also serve JB Music ambassadors, directly at JB Music flagship store in Cubao, Quezon City.

We see Raymund Marasigan and Pepe Smith record “War is Over”, and believe me their version is such a nostalgic to watch. And also Kamikaze doing crazy but fun cover of “Feliz Navidad”, I am  in a teary eyed here because it is one of the last session I’m seeing this band performing, they just declare a disbanded hiatus come 2016. 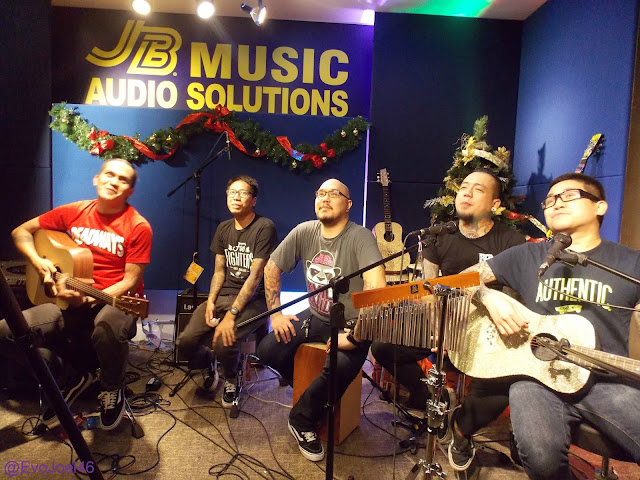 Other artist who did cover Christmas songs for #JBMusicCarolingChampion are Greyhounds, Ebe Dencel, Rivermaya, The Dawn and Urbandub. Those videos is exclusive for JB Music Youtube channel and Vimeo, it can be seen also at JB Music fanpage in Facebook www.facebook.com/JBMusicPh/  or follow me them at Instagram @jbmusicphilippines .
Caroling Contest Christmas Caroling Contest. JB Music Audio Solutions Video Contest