By Palawanderer - December 15, 2015
Mahabharata is the longest known epic which consists of over 100,000 lines in 18 books. It's a complex tale of love, life, family, war, religion, philosophy, politics and culture.

Hiroshi Koike, an acclaimed artist from Japan, wishes to create harmony among different cultures using Mahabharata on stage. The Pan-Asia Mahabharata Project which started in 2013 in Cambodia can be listed as Koike's greatest achievements to date. This production will run until 2020 in different Asian countries. This time in Manila, the continuation of the first two chapters (Mahabharata B-War) hit the PETA Theater Center last December 2-3.

Mahabharata B-War is a melting pot of Asian senses. Hiring actors of different backgrounds and origins, Koike succeded in making the audience feel the very true essence of art. Intricate movements. Elaborate masks. Sophisticated costumes. Impeccable acting. Joy for those who understand theatre. Actors, masks and costumes from different nations in one stage play, how about that? 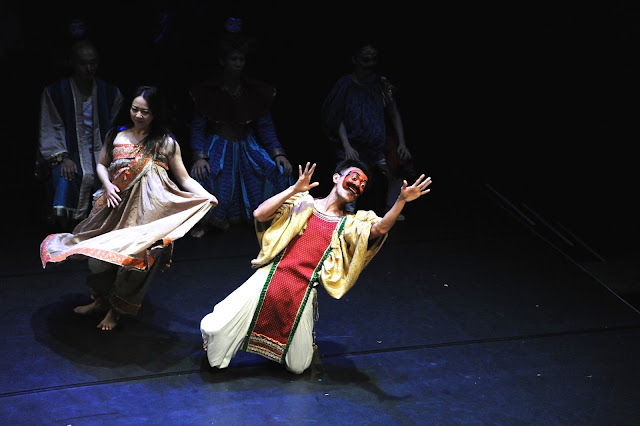 Be ready with a stiff neck though. Mahabharata B-War is in Nihonggo, Thai, Mandarin and a few lines in English and Filipino. There is a screen above the stage for the translation, which can be distracting as you wouldn't want to miss a single movement. They also tried to inject some Pinoy lines to lighten up some scenes. But this one was not necessary and failed to define humor. 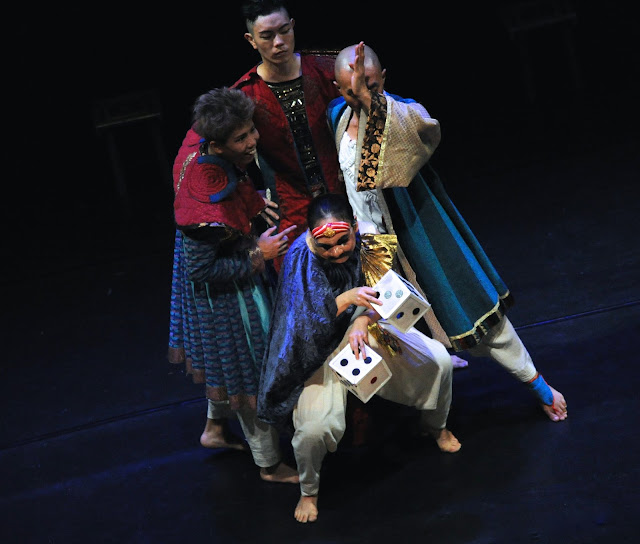 Overall, the Hiroshi Koike Bridge Project's ambitious production must be experienced by every cultured Filipino. There may be no Pinoy touch in it (only a very few Pinoy phrases), but this play will make you feel what Asia is. Mahabharata B-War will also be shown in China, Japan and Thailand. The next chapters will be continued in Indonesia, Myanmar, Singapore and South Korea in the next few years. The full length performance with all the chapters will be staged in Malaysia.

Verdict: A. To hell with the stiff neck, this is art. 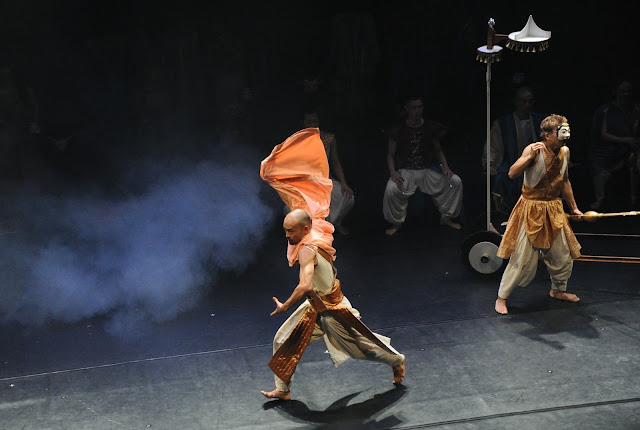