Prepare to be awakens by force in an exhibit.

By Palawanderer - December 22, 2015
SM is true to its partnership with Walt Disney, this time a two portion in SM Mall of Asia is dedicated for a month long exhibit of some memorable life size characters and planes use in the latest movie franchise Star Wars: The Force Awakens, of course under Walt Disney pictures.

“The whole exhibit is due to the strategic partnership with Disney, so we are here to promote the much anticipated film of the year, which is the Star Wars.” Explained by Ria Canteras, AVP for Corporate Marketing of SM Lifestyle Entertainment.

At the main hall of Atrium part of MOA lies the biggest replica of X-Wing, even though locally manufactured this gigantic Sci-Fi fighter plane is such a delight not just for Star Wars fans, but for all ages wherein you can ride at the cockpit part and have your photos taken and this is for free. What amazing about this X-Wing is the light around it that feels like a real one indeed, of course with setting of moods due to its background music that keep playing while you inspect the fighter plane. X-Wing was identified with Luke Skywalker in the past Star Wars films as his vehicle.

In the said area toy figurines of Star Wars different characters in the past and present is also in display, plus the interactive Battlefront, the Star Wars video games that was a hit to gamer’s aficionado. Souvenirs and memorabilia are also available after you exit the X-Wing landing area. 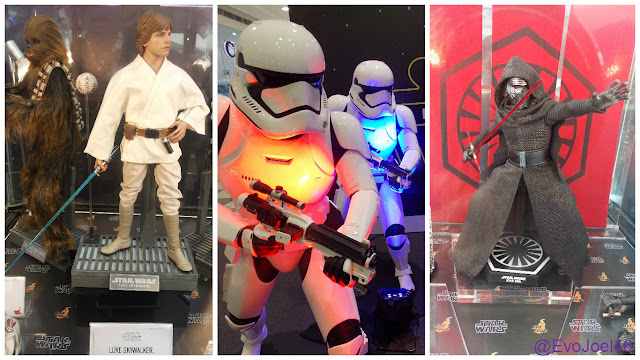 Aside from the exhibit of X-Wing at the Atrium, another exhibit is also in display at the Time zone area still in MOA, Choose your destiny wall is situated here that showcase light saber swords that you can play and of course have selfie with it. It has the two versions, the red one for the Seth and the blue one for the Jedi.

But the real life size Stormtroopers is the star in this exhibit section, this is the military identified with Galactire Empire of villain known as Darth Vader. This one is an original manufactured image replica that can be seen in all Star Wars movies. There are four of them in the area along with some helmets, SM inform us that this one are original franchise figurines all the way from abroad. Everything they display is under the supervision of Disney even the X-Wing replica that was created here in Manila.
“All the things that you see here have been approved by Disney, concepts came from them as well, so I can assure you that this is all legit.” Canteras added.

An app for Star Wars is also in this section, that when you put your phone to its screen something forceful happen created by BB-8 droid.

Aside from Mall of Asia, another Star Wars exhibit display is also open to public at SM North Edsa in Quezon City. The exhibit opens last December 7 and last until Jan 3, 2016. 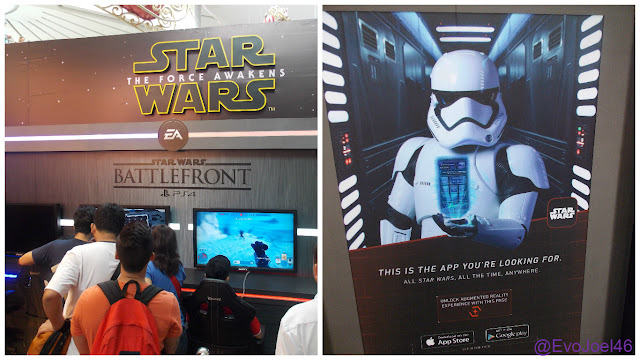 The movie Star Wars: The Force Awakens opens December 17, and it will take a break on Christmas day to give way for Metro Manila Film Festival, and will resume on January 8, 2016. But for IMAX and other large format screen, the showing is not interrupted.

Cantreras also inform us that many things like this can be seen in many SM Malls in 2016, along with Disney they are already preparing for Captain America and Finding Dory before its release next year.
Displays movies Star Wars Mall Exhibit