By Palawanderer - January 18, 2016
Repertory Philippines commences its 2016 season with the comedy thriller Ken Ludwig’s The Game’s Afoot. It will be shown at Greenbelt 1 Onstage from January 15 to February 7.
It’s Christmas 1936. William Gillette, the star of the Broadway version of Sherlock Holmes, was shot during the curtain call of their show. Recuperating, he invites his castmates to a dinner at his luxurious mansion in Connecticut, with the intention of finding out who tried to murder him. The night turns out to be a revelation of each character’s involvement in the crime. They are joined by Gillette’s mother, a theatre critic and a detective. So who tried to kill Gillette? 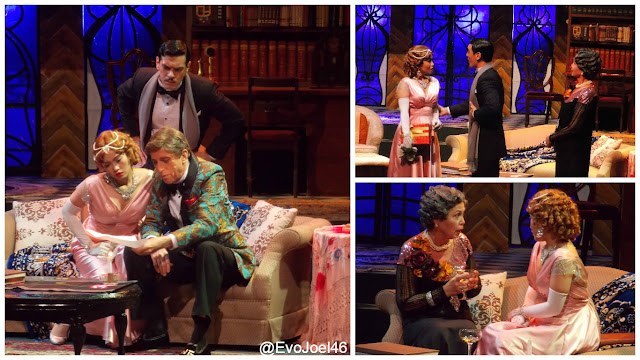 The play may start at a humdrum pace but gets intriguing to the end just like most of whodunit stories.  The excitement blended with hilarity makes the entertainment. The set and costumes make you feel the glitz and glamour of 1930s.
The actors, led by Paul Holme who plays William Gillette, aptly brings out the comedy and mystery in the story.  Other characters are played by Joy Virata, alternating with Jay Valencia Glorioso, Jeremy Domingo, Christine Flores, Hans Eckstein, Mica Pineda, Natalie Everett and Pinky Amador. ReP’s The Game’s Afoot is directed by Miguel Faustmann.

Verdict: B+. Entertaining enough not to miss.