By Palawanderer - February 03, 2016
For the first time, Ballet Philippines (BP) is staging a production that collides with artworks. It’s a contemporary dance based on the creations of Gabriel Barredo, an acclaimed Filipino installation artist whose masterpieces are travelling here and abroad.

The show is called “Opera”, which is Barredo’s original exhibition title that opened on January 2015 at Silverlens Galleries in Makati and toured for the opening of the National Gallery Singapore November last year. It’s an array of surreal sculptures that radiates meaning about our human body and how we take care of it.

BP President Margie Moran informed us that it is one of their most expensive productions with rough estimate of P5Million production cost. “We are looking to collaborate with the art, other forms of art particularly the visual arts. So we thought it’s best to collaborate with Gab Barredo. It’s also his dream to do collaboration with us. This is something new. This is for adults only type of Ballet performance, you need to have a mature mind to understand. You need to use a lot of imagination.” Moran said. 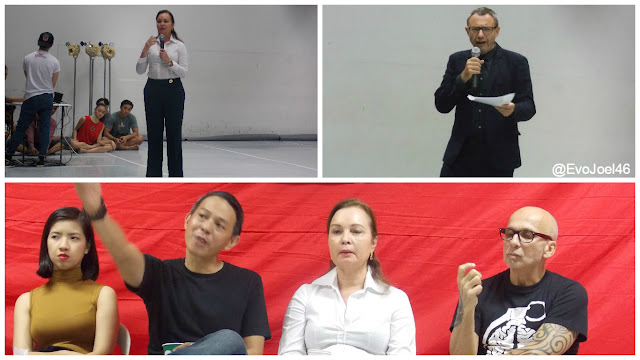 Doing the Choreography is one of the world’s most travelled choreographers, Redha Benteifour, a notable French artist whose previous repertoires are performed by BP in the past such as Je Tu, Elle, and Les Petits Mots D’Amour. Benteifour is known as the “Unclassifiable Choreographer” and has worked with some of the world’s leading dance companies like Bolshoi Ballet, Alvin Ailey American Dance Theater, The National Ballet of Cuba, Le Jeune Ballet De France, The Het Nationale Ballet and San Francisco Ballet.

BP Artistic Director Paul Morales said that even if it’s a big and expensive production, only 17 dancers from the company are performing. They have a limited run for three days only and it is their mission to present a new kind of art form.

“The music is new. The whole experience is new. It’s like an experiment, even (in the) international (scene) ay hindi pa masyado nagagawa, combining sculpture and dance.”  Morales added.
Music was provided by Malek Lopez, Libretto by Yvette Tan and Erwin Romulo, costume by James Reyes and videos by Pabrika.

Opera’s cast is headed by Victor Maguad and Eri Sorilla as the Twins, Carissa Adea as the Mother, Denise Parungao as Death, Jean Marc Cordero as the Watcher, and Earl John Arisola as the Creation.  Co-presented by the Embassy of France, it is the closing show of BP’s 46th Season.

Other sponsors are Globe Platinum, San Miguel Corporation and Belle Corporation. It will be staged at the Tanghalang Nicanor Abelardo (CCP Main Theater) on February 13 and 14 at 1pm and 6pm show. A fundraising gala is scheduled on February 16 at 8pm. For inquiries and tickets visit www.ballet.ph call them at (02)551-1003, or call the CCP Box Office at 832-3704 or Ticketworld at 891-9999. 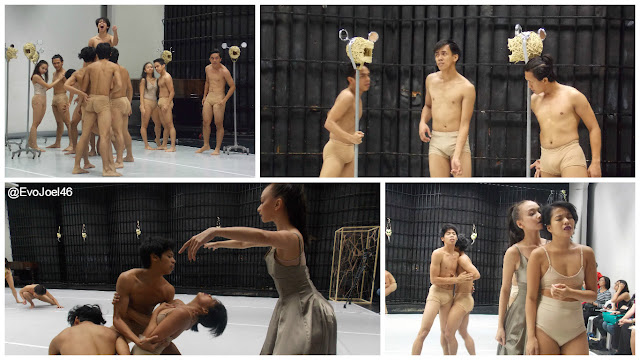