In this Kaleidoscope World. 3 Stars and a Sun Review. 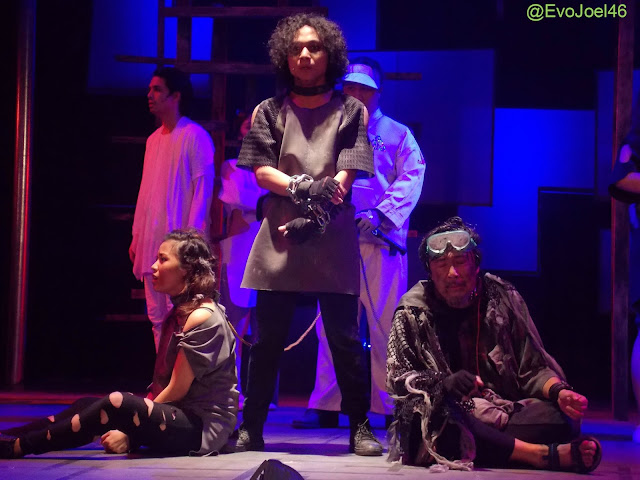 Not many have noticed that the late Francis Magalona’s music have subversive messages. Maybe people have denied that because Francis M, besides being the Master Rapper, had been swallowed in the shadows of the murky world of Pinoy showbiz. Or maybe not a lot have recognized that rap or hip hop is an art.

Inspired by the Master Rapper’s music, Mixcaela Villalon and Rody Vera formulated the dystopian rap musical 3 Stars and a Sun with the direction of Nor Domingo and musical arrangement of Myke Salomon. This closes PETA’s 48th season after their successful production of Rak of Aegis.
2026, a massive storm changed the world, depleted Mother Nature, created chaos among humans and expunged history. A Stormdome was constructed to save what was left from humanity. Now, 2096, the dome is divided into classes led with corruption that spawned immense poverty. The story revolves around two groups of kids, the rich ones from the glossy and developed Lumino City and the rebels from the rough streets of Diliman City, who call themselves Tropang Gising. 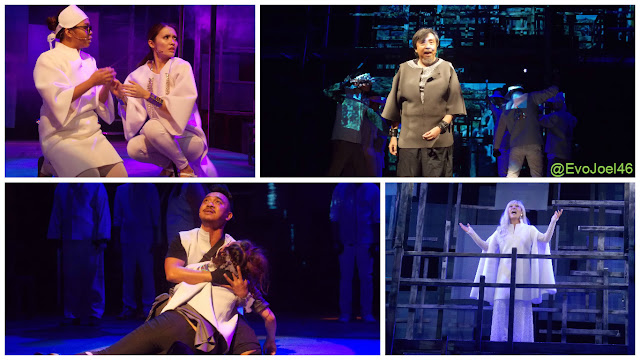 Tropang Gising had been aiming to overthrow the dictatorship inside the Stormdome with several failed attempts. The leader of Lumino City has been victorious in erasing the memories of those inside the dome and making them her slaves. With the conflicts arising, the two groups wonder what’s outside the dome. Why are they so afraid to go out? Will opening the dome change their world?

Sounds familiar? Maybe. Maybe not. You may have heard of this story from recent famous books and films. Or maybe because this is the state of our society.  The rich and powerful ones are the minority, the poor and needy ones the majority. Can the majority change the world? 3 Stars and a Sun ended with that question. This play can create a few goose bumps and can make you think what we have done to our country. It could generate hope among Pinoys just like what Francis M’s music had wished for. 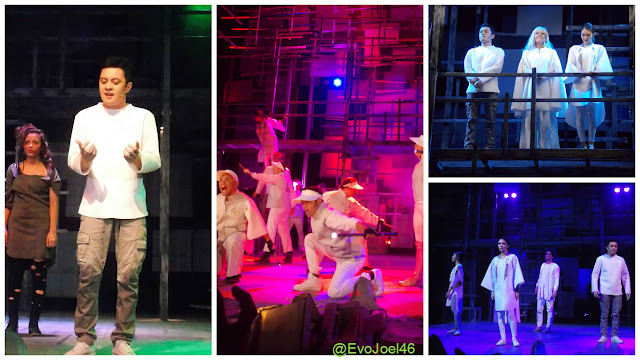 With great cast and minimalistic production design, 3 Stars and a Sun will make you fall in love with Francis M even more. One of the leads in the cast is Bodgie Pascua, alternating with Raffy Tejada, who plays Mang Okik tells the story behind the Stormdome. Yes, Kuya Bodgie raps. Other members of the cast are Carla Guevara-Laforteza, Che Ramos-Cosio, Nicco Manalo, Gold Villar, Nar Cabico, Paolo Valenciano, Gio Gahol, Giannina Ocampo, Justine Pena among others.

3 Stars and a Sun is now showing at the PETA Theater Center at 5 Eymard Drive, New Manila, Quezon City. This will run until Marh 6, 2016 from Tuesdays to Sundays. For tickets and inquiries, you may call (02) 725 6244 or visit petatheater.com and ticketworld.com.ph.
Verdict: B. Most of its entertainment value is from the music. Of course, it’s Francis M.
Words by Aga Posadas
Photos by Evo Joel Contrivida
Entertainment Filipino Musical Play PETA Theater Theater