By Palawanderer - February 14, 2016
The very recent discovery of gravitational waves can prove endless possibilities. There is more to what we see right now in our world, universe rather. What if there is life outside earth? What if we can travel through space as fast as we can travel to the toilet when we wake up? What if the future is out there in another world just waiting to happen? What if we don’t do this and we don’t do that?

There are millions of what-ifs in this universe as presented by “Constellations”. This is Red Turnip’s interpretation of Nick Payne’s masterpiece which was first shown with high praises at the Royal Court Upstairs. This love story offers different facets of realities and explores free will and the theory of relativity. 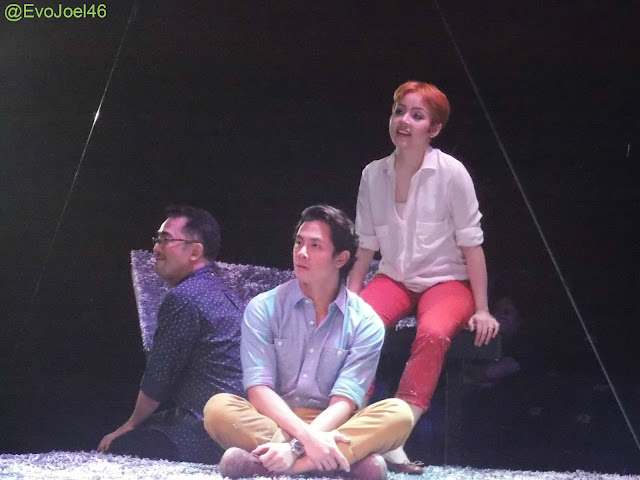 Three-time Gawad Buhay winner Cris Villonco and Urian nominee JC Santos shine in this probably most exhausting acting on stage. Villonco’s skill is undeniable and Santos’ charm is breathtaking. Their chemistry is astonishing. Constellations is brilliantly directed by Rem Zamora.
Red Turnip’s “Constellations” is currently on stage at the Power Mac Center Spotlight Theater in Circuit Makati.
Verdict: A. Relationship status: It’s complicated as the universe.