The Curiousity of Nasser Lubay.

By Palawanderer - May 23, 2016
The nursery of visual artist Nasser Lubay is finally open to public, this is Nursery of Curiosities, a solo painting exhibit that opens last May 15, 2016 at Arte Pintura in The Address in Wack-Wack,  Wack-Wack Road in Mandaluyong City. It features 24 artworks of Lubay that varies in different sizes.

More of Lubay’s pieces are colourful, and it talks about daily living of people and how he imagine it in a very artistic way, from dreaming to brushing of hair to the mirror and many stuff that we routinely does, but mostly are called captured moments as Lubay describe it. 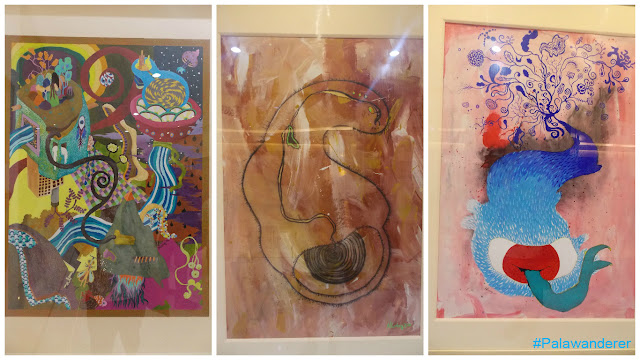 Lubay is also in experiment stage regarding the mediums he use for his artworks, mostly combining color paints that result to more colourful paintings.

The Nursery of Curiosities will open until May 31, from 9am to 6 in the evening.  Lubay is the only Filipino to have won at the prestigious Celeste International Art Prize by way of his outstanding work in 2009 titled " Rebirth. " In the same year, " Rebirth " was exhibited at the 2nd Animamix Biennial at the Museum of Contemporary Art  in Taipei, Taiwan. 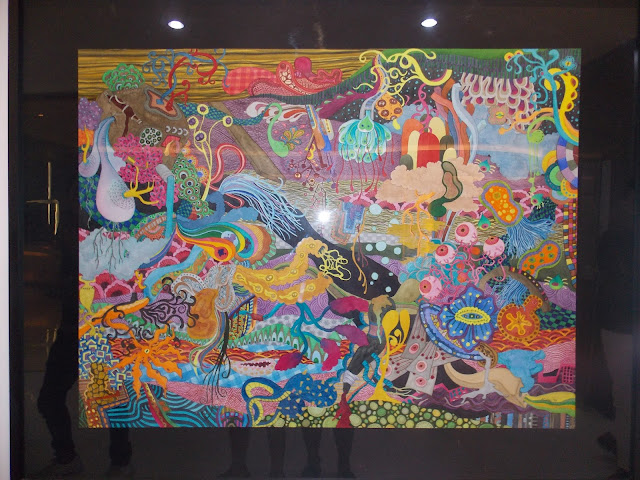 Nasser also participated in the 2010 Ondarte International  Artist Residency in Akumal, Mexico. Upon returning to the Philippines, Nasser was chosen as one of Jollibee’s Young Ambassadors, cited for his achievements in the Arts. He also design the interactive visuals for Ginugunita Kita that was staged in Cultural Center of the Philippines in 2015. Lubay is also one of the founders of Artist Playground, an arts performance company.
During the opening of Nursery, notable artist and personality grace event such as sculptor Ramon Orlina, Dean Joey Yupangco, Ballet Philippines Artistic Director Paul Alexander Morales, Art Writer Cid Reyes, Theater and Film  artist Banaue Miclat-Janssen,  Visual Artist Toym Imao and Actor and painter Ian Veneracion.

custom writing service reviews said…
congratulations to Lubay for achieving his life goals, others should also take notice, I didnt know people could be so strong expressing themselves as art.
August 25, 2017 at 8:49 PM

1 click dissertation review said…
He is a very talented artist. His paintings are famous all over the world. I am really impressed by his work.
November 27, 2017 at 3:28 AM