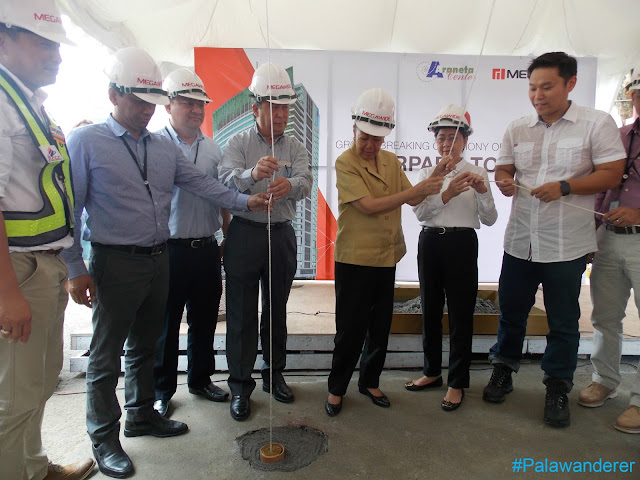 IN Pursuit of continuing redevelopment of Araneta Center in Quezon City, the soon to rise CyberPark Tower (CPT2) is introduce to the public, thru a groundbreaking ceremony recently at the actual site, wherein the almost 30 storey building is being constructed since February of this year.

The ceremony is headed by Araneta Center, Inc Vice Chairman Judy Roxas, officers of Megawide Construction Corporation and the BinibiningPilipinas Queens 2016 as witness. The event start with a holy mass followed by blessings, and the ceremonial Time Capsule planting, and the first cement pouring of the soon to rise tower. 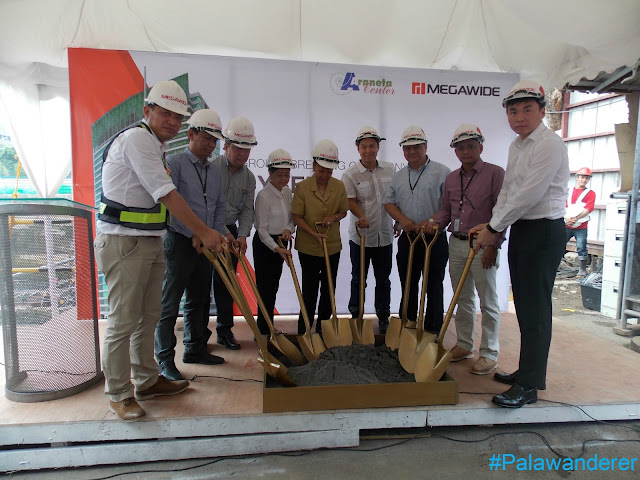 According to Antonio Mardo, Senior Vice President for Operations of Araneta Center, the said building is a Business Processing and Outsourcing hub only, and so far it will be the highest sky crapers of the Centers, a 3 level higher to the newly built CPT1.

“We are now constructing a green building or what we called LEED Compliant, so we are looking at energy efficient, we have rain water collector system so we can recycle, the windows are double pinned and we have to do this.” Mardo said.
CPT2 is the second of the five buildings program to built by Araneta Center with a P15Bilion master planned budget within 35 hectares in the inside the famous Center in Cubao. The pioneer mecca of entertainment and commercial center started its roots early 1960’s, and until now it continue to be the leading place to be mixing with corporate, leisure, retail, hospitality and residential destinations in Metro Manila.  CP2 is targeted to be completed by second quarter of 2018.