Legacy of the islands: An exhibit on prehistory at Palawan Heritage Center.

By Palawanderer - June 10, 2016
For nearly two million years, humans have inhabited the tropical islands of Southeast Asia. Their fossil remains are among the earliest discoveries ever made in prehistory. The places where they once lived and the objects that they left behind hold clues to their everyday life, their relationship with the environment, and their beliefs. Today, this rich legacy is situated in an increasingly globalized and rapidly-developing Southeast Asia, and its stakeholders are faced with the challenges of the modern world. Nevertheless, its importance for both science and heritage calls for it to be treasured, managed, and protected. It is within this context that the current exhibit, Legacy of the Islands, is being held at Palawan Heritage Center (Legislative Bldg, Palawan Provincial Capitol, Puerto Princesa City) The exhibit opens last May 30, 2016.
Envisioned as one of the culminating activities of the PREHsea Project, Legacy of the Islands tells the story of the first humans who settled the Southeast Asian archipelagos, and what that story means for us today. From Homo erectus in Java to Homo Sapiens in Palawan, the exhibit traces their adventures across the islands of the region, their adaptations to changing environment’s, and the material expressions of their thoughts and beliefs. On display are key artefacts from these two major islands, such as human fossils, stone tools and many others. The exhibit also gives a glimpse into how scientists study prehistoric sites and collections in order to reconstruct the past. Visitors will learn about the process of archeological research, from field excavations to laboratory analyses, through informative photographs and posters. Finally the exhibit also sheds light on the complex relationship between the rich prehistoric heritage of Southeast Asia and its stakeholders today. Challenges in site conservation, the importance of public awareness, and the relationship of indigenous communities to their environment are only some of the diverse themes on feature.
Palawan, notably through Tabon cave and other neighbouring archeological sites in Lipuun Point, Quezon, plays a key role in the PREHsea Project and in Legacy of the islands. The presence of our species (Homo Sapiens) on the island as early as 40, 000 years ago, one of the rare occurrences in the island Southeast Asia, suggests that Palawan certainly holds a central place in the story of early human migrations across the archipelagos of the region. While well-known for its beautiful terrestrial and marine landscapes as well as its rich flora and fauna, Palawan also has an incredible cultural legacy, from prehistory until today. As is the case with the province’s natural resources, its cultural resources must also be properly identified, managed and protected. Aside from fostering pride in heritage and enriching identity, they represent an opportunity for sustainable and inclusive socio-economic development. The PREHsea Project aims to contribute to this by properly assessing and validating the scientific value of prehistoric sites in Palawan through research, as well as by facilitating international exchange of best practices in the management of prehistoric heritage.
From the outset, Palawenos have been key participants in the project. PREHsea activities have always been implemented in cooperation with local government units, and in Palawan, support has been heartwarming from both municipal and provincial authorities. For this exhibit, the provincial government has extended its generous support in providing the Palawan Heritage Center as the exhibit venue. Various artists and craftsmen from the City participated in the preparation of the exhibit. On the broader scale of the project, students from the Quezon Campus of Palawan State University participated in various activities, such as archeological excavations and collections management at Lipuun point. Municipal and provincial officials also took part in international meetings to exchange best practices with their Indonesian counterparts. 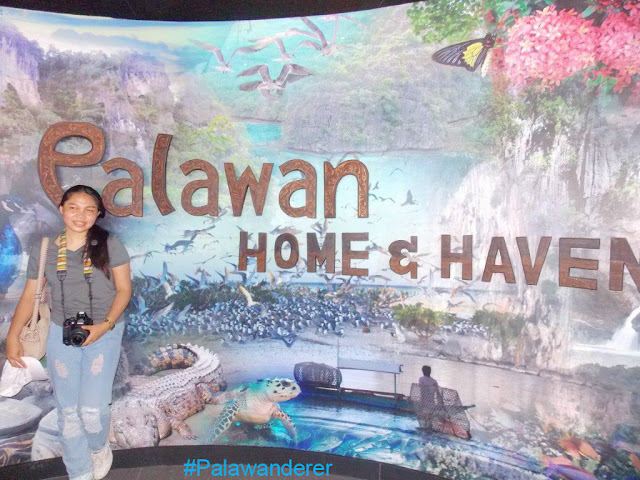 About the PREHsea Project.
Launched in 2012 at Quezon, Palawan, the PREHsea Project (Managing Prehistoric Heritage in Southeast Asia) is the continuation of a long term scientific and academic collaborations between Indonesia, the Philippines, and France. It is jointly piloted by the Sangiran Early Man Site Conservation Office in Indonesia, the National Museum of the Philippines, and the Museum national d’histoire naturelle in France. The project forms part of HEADS (Human Evolution, Adaptation, Dispersals, and Social Development, a World Heritage Thematic Programme of UNESCO) and is financed by the European Commission.

The PREHsea Project aims to strengthen the cultural sector of Prehistory and Human Evolution in order to promote cultural diversity, international cooperation, and sustainable economic, social and human development. Through regional collaboration, inter-sectoral partnerships, and thorough local dialogue, the project develops good management practices for prehistoric properties. These practices help in safeguarding the properties integrity, assessing their authenticity and value, making them accessible for all socio-cultural categories, and fostering local socio economic development.

Activities carried out under the project include various meetings in Palawan (Quezon and Puerto Princesa) and Java (Sangiran and Jakarta); field schools for archeological excavation and collection
Study in carefully chosen sites, also located in Palawan and Java; train-abroad programmes in different scientific fields in Europe and Southeast Asia, and dissemination efforts, from scientific and generalist publications to the current exhibit.