Japoy still wish to go back to showbiz. 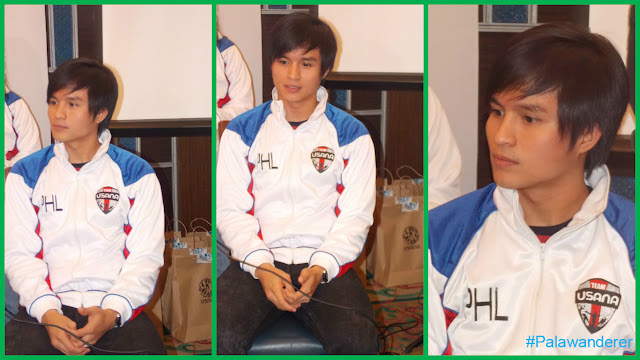 He was once a sensation, from TV Commercials he did try making it in showbiz but eventually abrupt and instead go back to his first love, being a champion Taekwando belter. Japoy Lizardo is still active in the sports scene, while being married already to co-Taekwando champion Janice Lagman just last May in a wedding in Tagaytay, he still maintain the look of supposed to be an action star.

We had a chance meeting Japoy recently as the ambassador of Usana Food supplement, he discuss to us that he is still busy in sports, managing his own Japoy & Janice gym in Celebrity Plaza and as the head coach of Dela Salle Uinversity Taekwando Team, as well as St.Benilde team, he is currently busy training the Philippine Team for the Asian Games and for the Olympics.  His wife Janice is the head coach for the UP Martial Arts team.

He was managed by ABS-CBN Star Magic when he venture to showbiz, his last TV show is the SCQ Reload paired with Popstar Princess Sarah Geronimo, he admit to us that he misses showbiz, he had a handful of offer to do some indie film lately but it is still in the works.

He still wish to do some action films, he dream of becoming a martial arts star of the Philippines such as Jet Lee of China, and maybe like Ong Bak series of Thailand. Japoy is even willing to train stars or any celebrity who in preparation of doing action movies.

But what he is best so far is sharing his achievements in Taekwando, training new breed of Athletes that can make our country proud, he believe that the most potential Champion we can produce is those from the province, his Gym is open to all especially coming from far flung areas in the country, who like him want to be a champion athlete in sports.

John Paul or Japoy first make noise after he won Silver Medal in Asian Taekwando Championship in 2001, and the rest follow as he waive Philippine Flag in South East Asian Games.  He was best remembered as the kicking cutie boy in Chocolate Malt beverage TV Commercials, and appeared in numerous cover of teen magazines.
As of now, building a family with Janice is his priority, they are planning to have at least 4 Little Japoy and Janice.