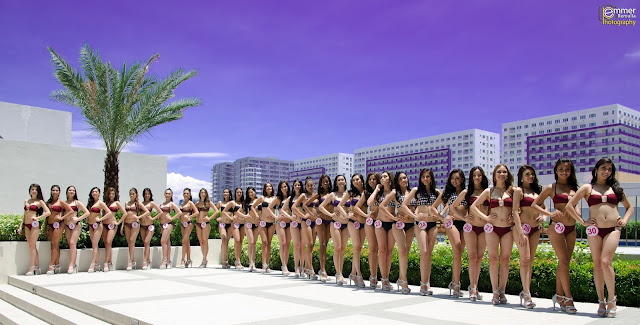 On its 48th year, the beauty promoting Tourism is now geared to have a new Queens from 30 candidates representing different Provinces, Cities and even Filipino community abroad. This year’s lineup of candidates mostly are regional winners, and all are passionate and determine to have a crown put on their head.

Come July 30, this ladies will vie for Mutya ng Pilipinas-Asia Pacific, MP-Tourism International and MP-Overseas Communities, prizes are yet to be disclosed to the public on the coronation night. Mutya is also in partner with Viva Entertainment Company where in the main title (Asia Pacific) will be automatically be a contract talent by Viva.

Past winners of Mutya who made names in showbiz are the late Rio Diaz, Michelle Aldana, Mutya Crisostomo, Maricel Morales and many more.
Jacqueline Tan, Mutya ng Pilipinas Inc President inform us during the Press Presentation recently at Hotel 101, that this year’s pageant is really bigger including its production numbers for the coronation night, Swimsuit competition is being held at Sheridan Beach Resort in Puerto Princesa City this July 18 to 22, while the long gown presentation is in Hanna’s Resort in Pagudpod, Ilocos Norte on July

“Were doing the millennial theme this 2016, it’s going to be high pace, and talagang powerful and empowered women. The coronation night is going to be big, the plan for production is really something.” Tan said.

The said coronation will be held at Resort World Manila to be telecast on ABS-CBN at the morning of July 31.

Among this year’s early favorites are as follows base on our research and how they got it at the said press launching. Candidate No.28  Ganiel Akrisha Krishnan, this 21 year old is a former sportscaster in a local sports channel, she is the second runner up recently for Miss Manila. She won the Darling of the Press award during the press presentation, so far she is the most favored one in this year’s batch
Representing Paranaque City is candidate no. 5. Marah Munoz, 23 year old is a charmer herself.  Mutya No.9 Joanna Marie Rabe of Zambales, 21 year old and the reigning fourth placer of Miss Manila. No.10. Michelle Thorlund of California is a stunner who loves self-defense sports. No. 12 is Marielle Cartagena of Cebu, this 21 year visayan beauty blantly shout on her introduction that she really aspire to have international pageant title.
Other to watch out ladies is Petche Ann Vale, Candidate No. 17 from Bohol. Black beauty is No. 18 Filipina American Angela Yagaya representing Western Visayas. No. 25 is a college teacher and a banker, she is Mary Theresa Erna Gomez of Tarlac. And to complete the list of early favorite Mutya is Candidate No. 29, Renelyn Daguit of Negros Island.

Mutya Ng Pilipinas Asia Pacific is scheduled this November here in Manila, while Miss Tourism International is always held in Malaysia mostly every December.  Special thanks to Emmerson Remulla for the photos.