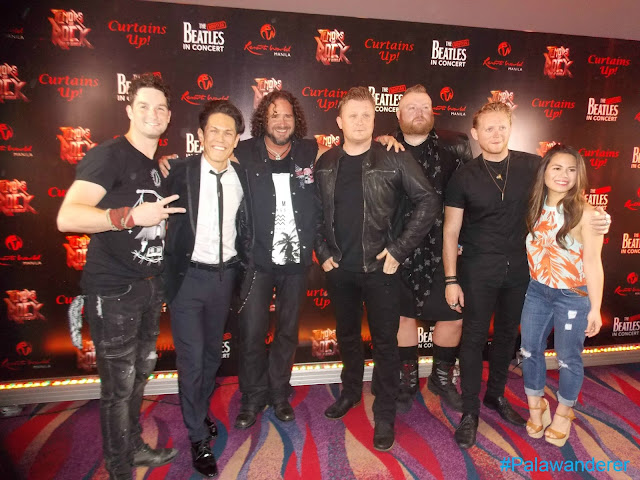 The first one stop, non-stop entertainment and leisure destination in the Philippines, Resort World Manila is already prepared for the rainy season, as they embrace Third Quarter Storm with solid three powerhouse performances that will rock Newport Performing Art Theater this starting this July.

The first concert is The Bootleg Beatles In Concert set on July 12, it is the highly publicized European act that manage to look and sings like the original Beatle band, the most famous and influential band of all time in the world. This bootleg group was formed in 1980 after being cast in the hit west end production of the Beatlemania.  Identified as the worlds first tribune band to the Fab Four, they continue to entertain and relieve the classic, that only Beatles can do.
Following them is a perfect combination of two Filipino world class talent, its Mig Ayesa and Tanya Manalang one night concert featuring the songs of broadway or even some Filipino musicals. It called “Curtains Up” that is scheduled on July 14, with guest performances by our very own Broadway Diva Ms. Lea Salonga, along with the Manila Philharmonic Orchestra under the Baton of Maestro Rodel Colmenar. Curtains Up is conceptualized and directed by Concert Master Freddie Santos.

During their launching recently, Ayesa and Manalang stress that they are happy being given such opportunity to do shows like this, not the usual broadway or theatre performances they always have in the past, rest assured it will be a good show as promise by the two.

Half Filipino-Australian Ayesa first gain attention when he become a finalist in CBS Television show Rock Star:INXS, and since then he appeared in many theatre productions such as Rock of Ages, Burn The Floor, Thriller Live, Annie and We Will Rock You. While Manalang is a rising international Theater star having played Kim in Miss Saigon in London’s West End two years ago, currently she is part of PETA’s Rak of Aegis. 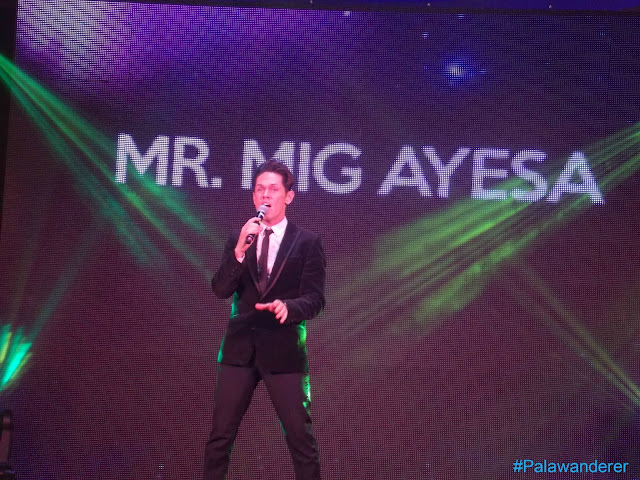 According Alo Almaden, Chief Operations Manager, Full House Theater of RWM, it is one trust of their company to bring world class act in their own venue, and there’s more to come.

“We call it 3rd Quarter storm, it’s gonna be world class entertainment one after another.” Almaden said.

Come August, another foreign act will wow the audiences of RWN by no less than the Tenors of Rock, the group of five gorgeous men start rocking the world after they make it to the finals of X-Factor UK, and since then they are touring the world. The Tenors of Rock Live in Manila happens August 12 and 13 along with the The Goldenboyz composed of RJ Durrel and Nick Florez, this two are the most in-demand directors and choreographers in the world today, they are behind the concerts of Madonna and Katy Perry recently here in Manila.

Vocal group Tenors of Rock has a wide ranging repertoire that covers mostly rock anthems to the likes of iconic Led Zepellin, Bon Jovi, Aerosmith, Rolling Stones, AC/DC and many more. During their short sample during the event, they really wow the audiences and melt the hearts of many.
Almaden defend to us the move of RWM in hiring foreign acts for their shows, “We want Filipino audience to experience the glamous and glitz of Las Vegas, Hongkong, Macau, Montecarlo, Japan, all the productive elements you see there, I want the Filipino to experience that, of course in the hope that we learn from them in the long run. We also do this and we have to do it on our own using our own talents. Almaden said in closing.

Tickets for Curtains Up, The Bootleg Beatles and Tenors of Rock are all now available at the RWM Box Office. RWM is located across Ninoy Aquino International Airport Terminal 3 in Pasay City.
Concert Entertainment Shows