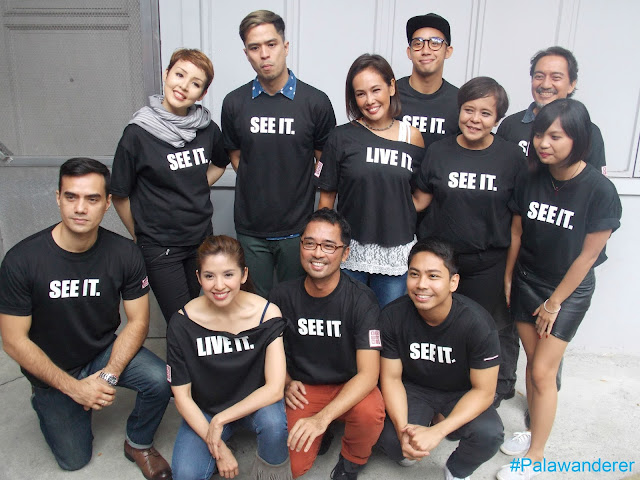 Barely three years after, Red Turnip Theater is opening their fourth season with Identity theme, a slogan that can be notice in their two new play that theatre aficionados can look forward starting this August up to March of 2017.

The offering for this season is Tribes, a family drama that was centered on a member who is deaf in nature, and the struggle on how to raise a kid or siblings without telling him that he cannot understand the sound of the world, while the second play is called The Nether, a sci-fi thriller that goes beyond a love story created by the world wide web.

“The first play starts how identity shape in a family, how you grow up, the identity becomes struggle or easy. While the Second play goes to a whole new level, people looking for identity using medium, if they can’t find in physical contact they look for it in the Internet.” Discuss by Rem Zamora, one of Red Turnip’s founding member.
Tribes is under the direction of Topper Fabregas with Kalil Almonte, Angela Padilla, Cris Pasturan, Teroy Guzman, Dolly De Guzman and Thea Yrastorza in the cast. It will open on August 5 and will run until September 4 at the Power Mac Center Spotlight Theater in Circuit, Makati.  Tribes is expected to break some barriers in Stageplay production since this will be subtitled and interpreted via sign language.

“We always want our play to be socially relevant, that this landed on our lap, and it open doors to the deaf community.” Ana Abad Santos explains, also one of RT Founding members.

The Nether will star crossover TV/Movie Actor Tj Trinidad paired with Jenny Jamora, under the direction of Abad Santos.  Trinidad who shake the Theater fans in Manila via Normal Heart, find joys and excitement in acting on stage, since the role was offered to him, he say no since he know Red Turnip reputation as a established company and meticulous in choosing their plays.  The Nether is scheduled March of next year, and another one play before that, it is not announce yet since negotiations are ongoing.

“It was a different experience, as an actor essentially you bring your character for the whole 2 and half hours, definitely it’s a adrenaline rush, when you’re doing play, there’s no take two, so you have to memorize the line, there’s a mastery on it, and understanding the text.” Trinidad said.
Other RT founding members include Actress Cris Villonco, Jamora and Fabregas. Their recent production is The Constellations, This Is Our Youth and 33 Variations.  Most of their produce show are foreign or from off Broadway or West End thing, however when ask if there is a chance for them to produce local adapted Filipino play, Zamora said that it is not impossible, they are open to it.

“It is something that we are very careful about, because a lot of People do it very well, if Red Turnip are going to do it, we will take our time, we don’t want to rush in, we believe in the right timing, definitely a consideration.” Zamora said.

Red Turnip is still learning according to their founders, being a established one in a span of 3 years, they believe they cannot match any other Theatre company who has been in this industry more than what they achieve so far.
“We are constantly learning, and importantly is we are constantly evolving, we are looking always for new ways, newer things to do, and I think the death of other theatre companies is never evolve, and thats one thing we hope to be very careful, always evolve and change.”  Zamora added.

Tribes is written by English Director Nina Raine, it won many awards including six Lucille Lortel, four Outer Critics Circle Awards. While Jennifer Haley, an award winning American Playwright is the writer of The Nether. Both play will be stage at the Spotlight Theater, and tickets are now available at Ticketworld (891-9999).
Entertainment Philippine Theater Stage Play Theater