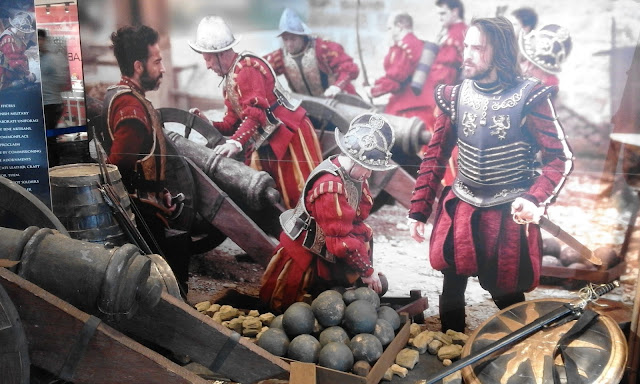 Growing up in a Catholic school make me used to in watching religious films, from holy stories of the bible to the life of saints. Most of them I must say made you feel like attending a Holy mass, or should I say listening to the sermon of the priest.

But this Ignacio De Loyola is very far and different, at first there is clamor that it is stylized as mala-Hollywood one when the trailer came out, I myself was amazed and didn’t realize that it is a Filipino production behind it, from the treatment itself and of course the casts anybody will think that it is foreign group that produce it.

Will it is not, Jesuit Communications along with Paolo Dy are the people who created this magnificent film about the founder of Society of Jesus, and of course the Ateneo De Manila University. The film focus on Loyola’s life in Spain, as a Kid, as a soldier, a sinner and to his transformation to sainthood.

Almost of the entire movie you will see the Godly face of Andreas Munoz, the Spanish actor portraying Inigo or better known as St.Ignatius, there are part that I was thinking that he could pass playing Jesus Christ, his angelic face is so refreshing to the screen and with his compelling acting, you may wish to do a retreat right away after watching.
Technically it is brilliant, the Cinematography are awesome, the last scene at the border of Spain and France really make me wish to travel and see how beautiful it is, even the costumes and those castles add to the feeling that you are in that era.  The Computer generated effects at the scene where Ignatius is being confronted by his past and present in a scary place is a part you shouldn’t miss, that scenes are truly great, however I’m kinda feed up for many times where flashback scenes is happening, it is understand that it is needed somehow in the story but I find it repetitive in some ways.

With a budget of P50 Million it is truly worth it, with the high end camera that results to beautiful people and sceneries, the CGI, and the musical scoring I must say are all world class and really worth your time and money.

After the screening last July 24, 2016 at Gateway Dolby Atmos Cinema, we had a chance to chat a little with Director Paolo Dy, we talk about how the struggles in making this historic film, of course it is a budget first that they have to deal, however he is convince that somebody divine above is making a way for them to get all they want in order to complete his debut movie. 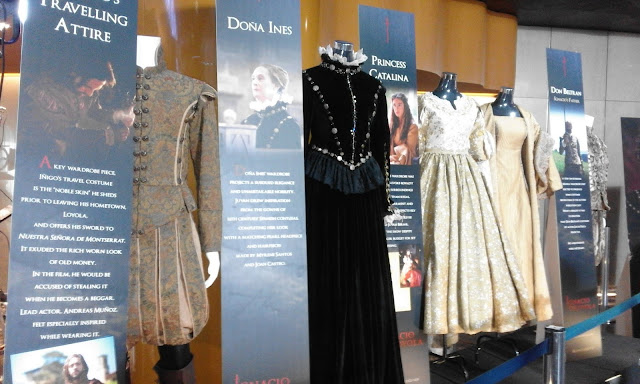 “It’s just amazing, everytime we watch it feels like a triumph and a blessing, and there is someone guiding us, someone greater.” Dy said.

Dy also discuss to us some plot they really wish the movie would end, some critics are also asking why St. Francis Xavier was not given much attention, of course it is the story of St. Ignacio but many believe he is a bigger picture in the life of Inigo, Dy said St. Francis is another story to tell, it is where Loyola story end and Xavier story begin.

“The fairy tale version is, he got hit by a cannon ball, while he was recuperating he read a book, and suddenly he transforms already. That will work if your 5, 6 or 7 years old, but for an adult audience you need something deeper, and I do believe as a very human story, this is how we want to tell, talk about the transformation, its real and somehow you can see yourself in that attempt to transform your life.” Dy said in closing.

Ignacio De Loyola opens in Cinema last July 27 nationwide, it is also expected to join some prestigious Film Festivals abroad. For more information you may check facebook.com/ignaciomovie or follow them in twitter and Instagram via ignaciomovie .
Ateneo De Manila University Holy Film Movie of a saint Movie Review Society of Jesus